As fans around the globe gathered for the World Cup soccer tournament in late June, monsoon rains trapped a soccer team of 12 boys, ages 11 to 16, and their 25-year-old coach in a remote cave in Thailand.

The team knew the cave network, Tham Luang, well but heavy rains caught them off guard. Located two miles from Thailand’s border with Myanmar, the cave’s constant stream turns into a river during monsoon season.

Most search-and-rescue missions start with a map to guide the operation and coordinate tools, supplies, and personnel. Today’s maps, created in a geographic information system (GIS), bring in all types of data to query and explore. In cases of cave rescue, workers rely on maps to correlate the underground world to the land above.

Early on, the Thailand Department of Mineral Resources (DMR) pulled in GIS and mapping experts from Esri Thailand and GIS Company to create a variety of maps to help locate the boys.

While rescuers searched, heavy rains and surging water levels in the cave made it too dangerous for divers to enter. The force of the currents ripped off diving masks and sent divers drifting too far from the guide ropes used to keep them on course. The Royal Irrigation Department placed high-capacity pumps inside the cave early on but they did not immediately reduce water levels.

DMR staff and the mapping teams had to find a new approach. They added prior cave surveys [see sidebar] to the GIS to make maps that showed the complete picture of the cave surface both above and below.

Staff from the Royal Irrigation Department surveyed the area’s geology using electrical resistivity techniques. Mapping experts interpreted the data to find sinkholes that might be acting as water funnels and they created 3D maps to show where above-ground streams stopped and went underground. Volunteers followed the maps to conduct a hiking survey of hillsides, noting the direction and volume of flowing water. Experts conferred with GIS-based data and analytics to review and model water diversion options.

“We had to calculate the basin, water flow direction, and accumulation using a digital elevation model, geological details…and details about the dense forest cover in order to identify the origin of significant flows of water inside the cave,” said Chanist Prasertburanakul, Senior Aerospace Mapping Manager and Team Leader of GIS Company, Ltd. and Esri Thailand. “With this data, we found two significant sources of water flowing into the northern and southern parts of the cave.”

A team, made up of Department of Royal Irrigation engineers, experts from the Department of National Parks, Wildlife and Plant Conservation, and soldiers from the Royal Army, worked together to construct dams to divert water flow. They ran long pipelines from a sinkhole above the northern part of the cave to nearby rice paddy fields. Despite ongoing rains, water levels started to drop.

Responders set up a rescue operation war room at the Geohazard Operation Center. From this central location, they planned and coordinated activities using a digital twin of the cave.

As the world watched, the clock kept ticking, rain continued to fall, and oxygen inside the cave started to run out. Help from within Thailand turned out in force. His Majesty King Maha Vajiralongkorn Bodindradebayavarangkun of Thailand declared it a national priority. More than 10,000 volunteers and workers from Thailand responded including 2,000 soldiers, 150 Thai Navy SEAL divers, and representatives from more than 100 government agencies. Cave diving and logistics experts flew in from around the world, with individuals and teams from Australia, Belgium, Canada, China, the Czech Republic, Denmark, Finland, India, Israel, Japan, Laos, the Netherlands, Russia, the United Kingdom, and the United States.

With so many responders and experts assembled, and water levels safely lowered, the dive team was ready to set out in search of the missing boys. They first studied maps depicting the cave’s twists, turns, and dimensions to help navigate difficult passages and mentally mark their progress inside the cave. Then they laid out guide ropes and spare oxygen tanks along the path they would take. In the maze of passageways and chambers, divers checked every dead-end of the cave network and marked off each one on their maps.

Meanwhile, on the surface, the Royal Army searched for alternative cave entrances using topographic terrain maps and high-resolution aerial photos from the Royal Thai Survey department. Engineers, hoping to find a place to drill, explored 3D cross-section maps to calculate the distance to the center of the cave from multiple angles.

Nine days into the search, British cave diving experts found the team gathered on a muddy shelf more than two miles from the cave entrance and one mile underground.

“Initially we felt excitement and relief that they were still alive,” said Rick Stanton, a rescue diver from the British Cave Rescue Council. “Relief was tempered with uncertainty. When we departed, all we could think about was how to get them out.”

The Evolution of the Cave Map

DMR staff obtained cave data from the Expedition Thai-Maros, a French-led survey that recorded the extent and cross section of the cave in 1986 and 1987. At that time, cave surveying was done using long metal measuring tapes. Today, laser range finders ease the mapping work, but it’s still a difficult task to orient and measure underground, given that GPS signals won’t work there.

Details from Dr. Martin Ellis’ book, The Caves of Thailand Volume 2: Northern Thailand, were translated and shared. A more recent survey by British surveyors in 2014 and 2015 contributed reference points, distance, bearing, and elevation change details between the surveyed cross sections.

Collectively, the data gave the mapping team what they needed to model and visualize the cave in 3D. These 3D cave maps were distributed and widely used by the British cave surveying team, the Thai Navy SEAL team, and the Department of Disaster Prevention and Mitigation staff.

“The divers faced great difficulty in their search operation until Martin Ellis sent us the cave detail map surveyed by French in 1987,”said Songkorn Siangsuebchart, Senior Technical Consultant, GIS Company, Ltd. “We created the cave passage cross section map using geo-referencing techniques to measure and relate the dimension of each passage and the distance between each cross section. With this map, the divers could plan and operate their mission effectively.”

The boys’ discovery kicked off a frantic phase of extraction plans as rain kept pouring and the team waited in jeopardy. Initially, one government official suggested the boys might have to remain in place for four months until waters receded. But, map-based calculations revealed that cave oxygen levels would not sustain them that long. Despite the urgent situation, the boys’ soccer coach kept his team calm using Buddhist techniques of meditation and slow breathing—a feat that also conserved energy and air.

As the mission shifted from search to rescue, the mapping team collected sensor readings on water and oxygen levels at the cave entrance, at 300 meters, and at 1,500 meters. Hourly map updates showed current water depth and air quality, alerting rescuers to changing conditions. The mapping team also monitored weather radar feeds to forecast and understand the volume of rain falling at the surface.

Six days after the boys were located, divers continued to stage the rescue under nearly impossible conditions. They needed a way to reduce their travel time from the surface to the cave shelf where the team stayed huddled. The trip was taking an average of nine hours and few of the boys knew how to swim or dive. One courageous Thai Navy SEAL diver working on the oxygen supply problem lost his life. Meanwhile, Army teams and volunteers continued to search the surface for alternate entrances, and engineers planned for the drilling contingency.

It was July 9 and, by then, the plight of this soccer team and the intense rescue mission had become a major news story. After trying many extraction ideas, divers devised a solution that combined a clever sled and the use of full-face dive masks. To resounding relief, they guided the first four boys out of the cave.

On July 12, a full 18 days since the team first entered the cave, divers led the final group of boys and their coach to the surface. Their ordeal finally ended. And just at the last boys left the cave, a water pump failed flooding the area and intensifying the drama.

“We are not sure if this is a miracle, a science, or what,” read one post on the Thai Navy SEAL Facebook page that night. “All the thirteen Wild Boars are now out of the cave.”

Hear from those involved in mapping Cave and Karst terrain via this GeoNet community. Learn more about how location technology informs all types of emergency management operations.

Following is a gallery with a timeline, indicating how the events unfolded alongside a description of the map products that were created.

Esri Thailand created this interactive story map to reveal the geological details of the area and describe the mission.

Connecting traps to maps provides a tactical advantage for conservationists in their battle against New Zealand’s predators. 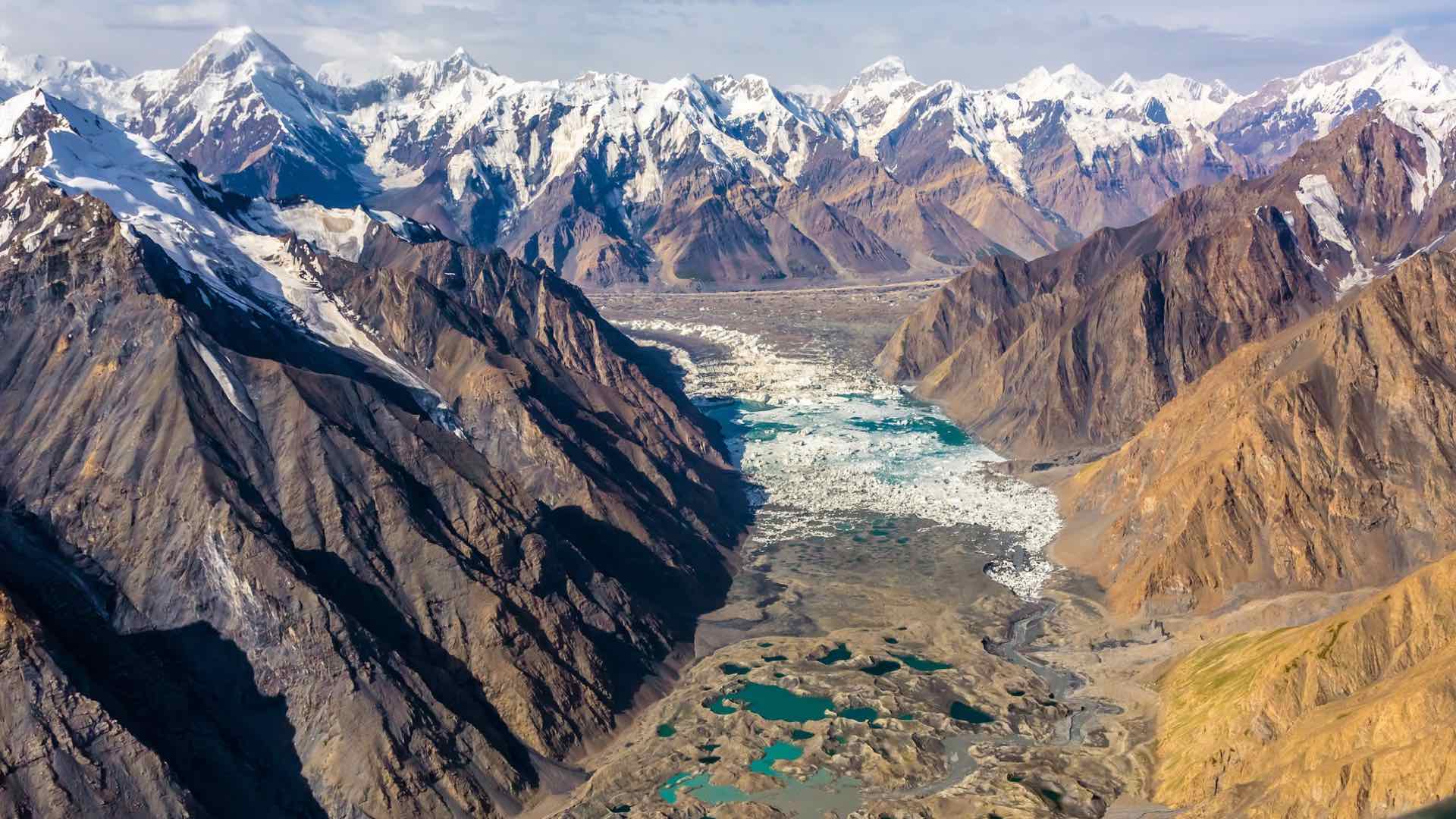 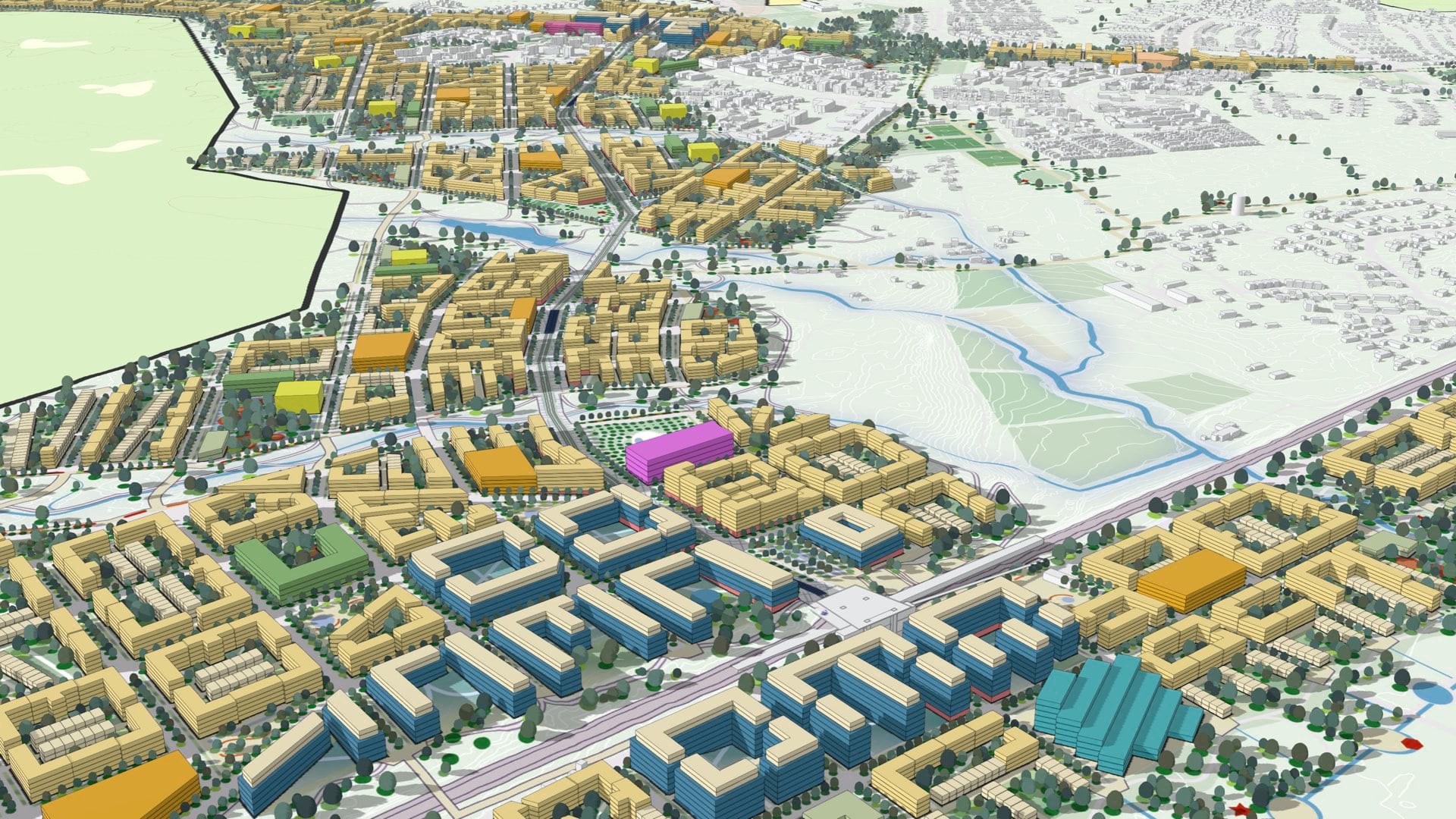