Police in Vancouver, British Columbia are cracking down on burglary with a machine learning solution that uses an algorithm to deconstruct crime patterns. Through spatial analytics, police are able to predict where residential break-and-enters will occur and place police patrols accordingly. The department first tried this technology with a pilot test that reduced burglary by more than 20% month over month. Now they are making the approach common practice.

“Every 28 days, our management reviews crime trends, crime clustering, and crime issues across the city,” said Ryan Prox, Special Constable in Charge of Crime Analytics Advisory and Development Unit, Vancouver Police. “It has driven us to more of an evidence-based policing approach with accountability on how our officers are being deployed, the resources being allocated, and the net return on our actions.”

The new tool employed by Prox and his team follows the CompStat Policing Model—a performance management system that combines computer statistics and a geographic information system (GIS) to aid crime reduction strategies. This practice originated in New York City during the 1990s and has since spread globally. When done correctly, it has proven to be an effective policing tool to help agencies identify problems that reduce crime and improve the quality of life at the neighborhood level.

Vancouver cemented its move to intelligence-led policing after a series of attacks on young girls in the communities of Vancouver, Delta, and Surrey, British Columbia between 1995 and 2009. The girls were followed on their way home from school and sexually assaulted in wooded areas along their usual routes.

Although a joint task force of more than 100 officers assembled to investigate the attacks, the months-long investigation yielded more than 560 suspects and no DNA match. Meanwhile the predator struck again.

“There was a lot of planning and preparation in these attacks, which made it difficult to solve and yet a very high priority for police given the number of young victims and the increasing viciousness of the attacks,” said Prox.

The task force turned to the crime analysis team for help. After two weeks of sorting through a massive data trove and conducting advanced geospatial analysis and geographic profile analysis of the attacks, the task force pinpointed and pursued a single suspect.

“The surveillance team followed the suspect and was able to grab a coffee cup he threw away,” Prox said. “They sent it to the national DNA Lab in Ottawa, and they told us we had a one in six quadrillion match.”

Police apprehended the suspect, Ibata Hexamer, who was quickly charged and convicted. Hexamer did not fit any typical offender profile and had never been convicted of crime. He owned a house, had a girlfriend, worked as a fundraiser for a Vancouver political party, and ran a successful business. Intelligence-led policing, powered by spatial analytics, proved to be the edge needed to catch an unlikely and calculating criminal. Hexamer’s capture brought attention to the work of Prox and his team.

“This case pulled us out of the shadows and management took notice,” Prox said. “Before, the question was always, ‘What’s most cost effective?’ With our success in just two weeks, it became ‘maybe we should apply these techniques first.’”

For Vancouver Police, the application of machine learning started with geospatial engineers and statisticians who developed an algorithm to pinpoint property crime patterns.

“We’re aware of public concerns about predictive policing, and we’ve been cautious, putting checks and balances in place,” Prox said. “For instance, we don’t use any police-generated data, avoiding valid concerns that this can amplify existing biases. We only use public-reports of homes being burglarized.”

The crime forecasting tool, developed by Esri partner Latitude Geographics, predicts crime location within a 100-meter (300-foot) circle and a two-hour time window by reviewing what took place in the past. Over time, the tool has proven to have a greater than 80% accuracy.

“We don’t target people, we target locations,” Prox said. “We’re going to areas where the system identified crime patterns based on citizen-generated reporting. We then proactively deploy resources to try and prevent those incidents from taking place.”

Key to this approach is good data, including an understanding of prior offender behavior. Investigators can identify individuals with an extensive criminal history who are at risk to reoffend and who are engaged in risky behaviors. Police also look at the modus operandi (MO) of a reported crime such as a burglar who pries open a window with a screwdriver. They can use this data to match with offenders that have used that MO in the past or match any of the other indicators of criminal behavior.

Officers on patrol also engage in data-driven policing and conduct their own analysis.

“We were the first in Canada to push out a mobile terminal to police cars that displayed crime trends and patterns in real-time,” Prox said. “We add the locations where gang members and chronic offenders reside, and current trends and incidents of property crime and violent offenses.”

Officers are encouraged to engage with these analysis tools to better understand their patrol areas.

“In policing, you don’t want your officers to just respond to call after call, because then you don’t engage in preventative techniques or proactive policing,” Prox said. “Within our deployment model, we build in time for officers to analyze because ultimately they’re accountable for their area of responsibility.”

Vancouver Police officers have engaged with their tech tools, leading to marked improvements over past practices.

“Being evidence-based, we can actually look at what we’re doing, how we’re doing it, why we’re doing it, and whether it’s actually having an effect,” Prox said. “Then we can adjust strategies to get the best bang for our buck.”

Officers have reported continued success using geospatial and temporal analysis as well as MO data to target property crime and predatory offenses, such as sex offenders.

“We have properly trained people that can use the technology, enterprise solutions and data warehouses to look at the big picture and trends, and a process supported by a progressive management,” Prox said. “It takes all three.”

John Beck is the Director of Law Enforcement Solutions at Esri where he is responsible for helping police agencies worldwide understand and implement GIS for every mission. Before joining Esri, Beck was a police officer and crime analyst in Nevada. In his role at Esri, he helps police agencies apply GIS to crime analysis, strategic planning, patrol operations, investigative support, and citizen engagement. John has also worked with agencies to implement GIS for open and transparent policing and to tackle hard problems like the opioid epidemic and homelessness. He is also helping police realize the value of new geospatial technologies including machine learning and big data analysis to gain a real-time understand of crime patterns and make better informed decisions. John earned undergraduate degrees in geography and anthropology and a master’s degree in criminal justice from the University of Nevada. 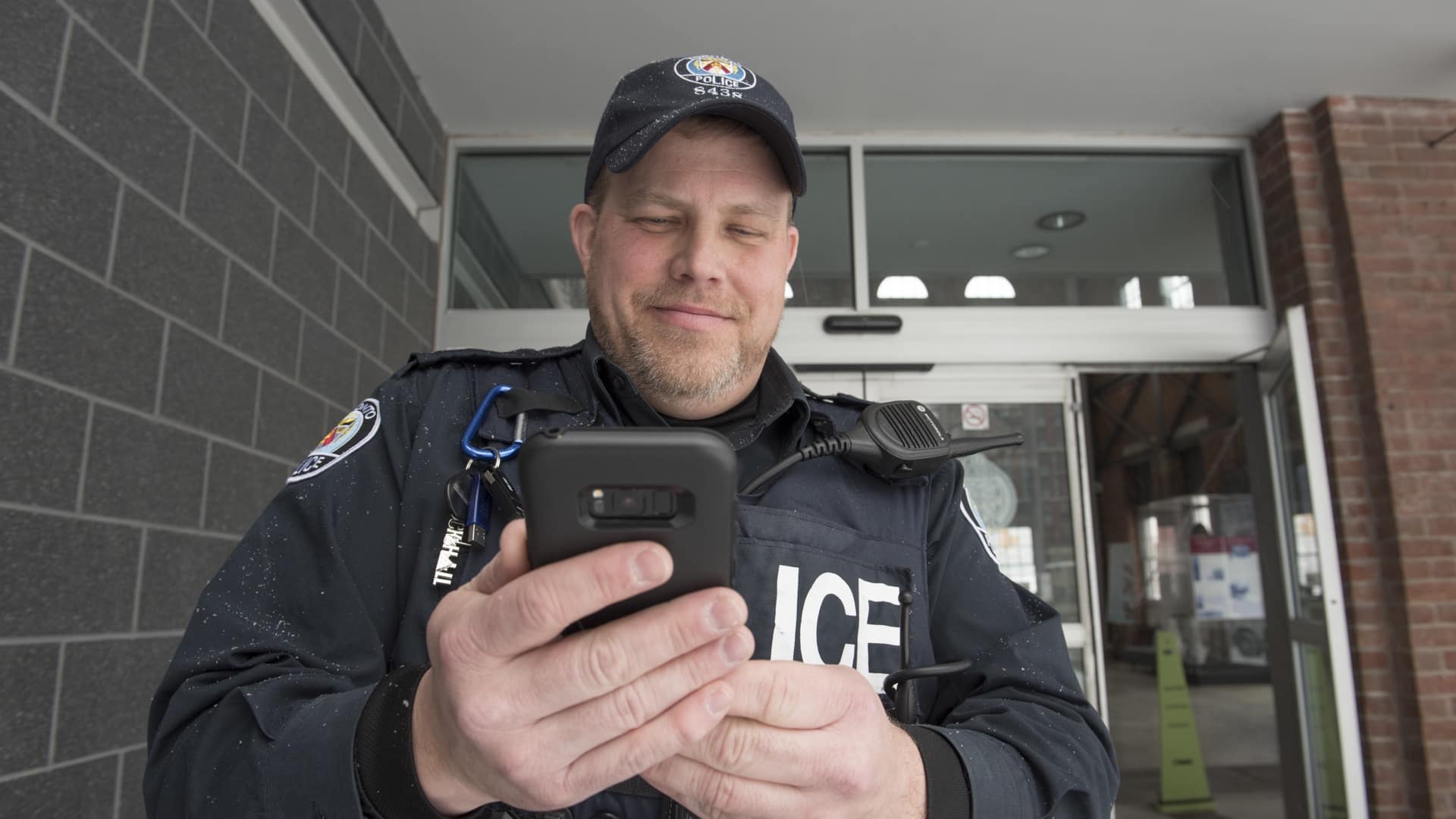 Toronto Police Use Maps and Apps to Strengthen Community-Based Policing

Mapping apps deliver targeted information to police officers in the field that improve their community connections.

A suite of GIS-based solutions helps the police department in Shawnee, Kansas, gather, analyze, and share crime data to support its mission...

How San Antonio Beefed Up Security for NCAA Final Four