Due to increased demand for access and stability, the Esri Hydro Reference Overlay is now served as a hosted tile layer on ArcGIS Online. The original webmap and layer will remain in place until September 2017. At that time, the map service will be removed from the hydrology.esri.com server and from ArcGIS Online.

To avoid any interruptions in your service, please re-path your maps and apps now to point to the new hosted tile layer.

The hosted tile layer is more stable and more accessible, and ensures that the Hydro Reference Overlay is always available through both http and https. It supports fast visualization of our world’s surface water features, including streams, waterbodies and wetlands. 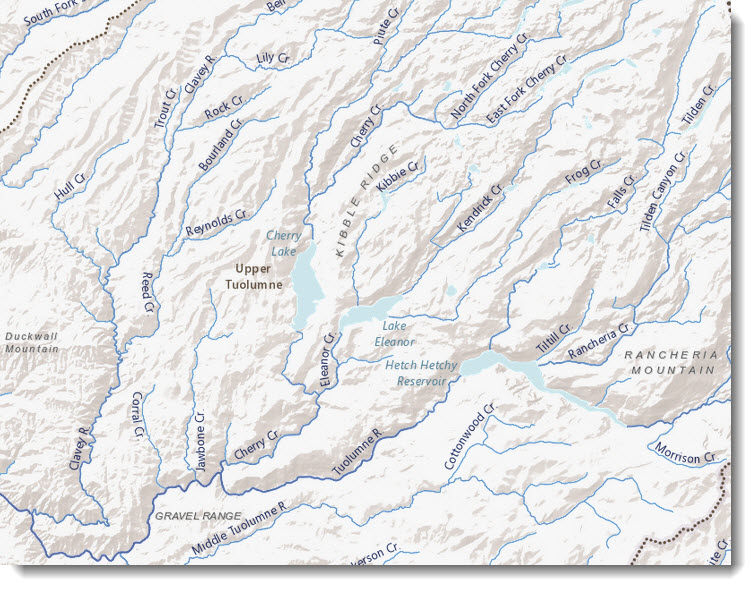 The Esri Hydro Reference Overlay tile layer uses the best available data to show relative surface water flow accurately, such that symbols of the same size and color represent roughly the same amount of water. In other words, if one river carries more water downstream than another, that river has a thicker line symbol on the map.

Use the Esri Hydro Reference Overlay tile layer with the World Terrain Base Layer or other simple base maps to create a reference map with high designed surface water features, including stream names and watershed boundaries. Or, use it as an overlay on thematic layers such as soil units, vegetation , or ecoregions to show regional, national, and continental hydrologic phenomenon, such as drought, runoff, river level monitoring and flood forecasting. 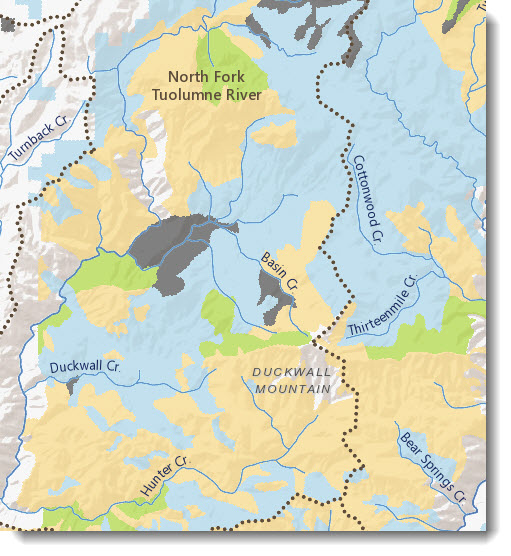 Stream names were collected in the UTF8 character set, allowing the names to be collected in their original language but written in the Roman alphabet. Sources for all river names are from the open source geonames.org project. Stream lines were compiled from several sources. The global scales (very small scales through 1:2,300,000) include content from: HydroSHEDS, GTOPO30 Global Topographic Data, SRTM, GLWD, WorldClim, GRDC, and WWF Global 200 Terrestrial Eco Regions, with the latter three providing the inputs and basis for calculating flow.  At medium scales (1:36,000 to 1:2,000,000) this service currently contains only U.S. data from the NHDPlusV2 that was jointly produced by the USGS and EPA.

For questions about the Esri Hydro Reference Overlay, or for help setting up your existing web maps and apps with the new hosted tile layer, please email HydroTeamRC@esri.com.