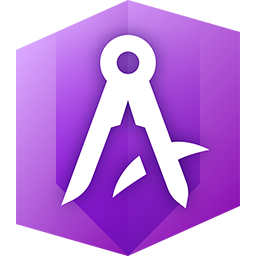 We’re pleased to announce that version 1.4 of AppStudio for ArcGIS is now available.  You can get the new version of AppStudio by logging into http://appstudio.arcgis.com or downloading AppStudio Desktop and Player from the download page.

Here are the highlights for what’s new with AppStudio 1.4:

Previously, AppStudio’s Make tools could only build Android apps intended for ARM processors. While these apps would function on Android devices using x86 processors, they were slower and less effective than an app built specifically for an x86 processor. With AppStudio 1.4, however, both cloud and local Makes are now able to build x86 Android apps, allowing these devices to work at their full potential.

The AppStudio Framework documentation has been greatly expanded, with more property and method descriptions and demonstrative code samples. Accessible in the version of Qt Creator bundled with AppStudio Desktop, this documentation enhancement will explain the purpose of individual components in the framework, helping to understand the tools available.

Access to relevant documentation has also been made more convenient, with expanded F1 key functionality. Pressing F1 while a component is highlighted in Qt Creator will open the relevant section of documentation in a new panel.

An early version of text-to-speech functionality is now available in the AppStudio Framework, courtesy of an update to Qt 5.8.0. A new feature of particular interest to users who seek to make their app more accessible, this functionality is part of ongoing efforts to make AppStudio better able to support apps that are accessibility-compliant and usable by a wider range of users.

Be aware that this feature is still in beta. It isn’t fully supported, and may be subject to be refined or changed significantly in future releases.

Other improvements in AppStudio 1.4

See the “What’s new” section of the online help for more details on the new features and improvements in AppStudio 1.4. And sign-up for an ArcGIS trial account to get a 60-day trial of AppStudio Standard including all the development tools of AppStudio Desktop edition.

Chris LeSueur is a Product Manager with the Apps Team in Redlands, California.