It's Not Personal, It's Mobile: A brief history of the geodatabase and why personal geodatabases are not in ArcGIS Pro

Moving forward our recommendation is to migrate your data from a personal geodatabase to a mobile geodatabase. This is the first in an ongoing blog series to help guide you through this experience.

On a recent weekend adventure with my family to one of my favorite cities, Charleston, South Carolina, I noticed my two daughters were absolutely captivated by a then-and-now book of the historic city that contained side-by-side pictures comparing the same landmark or expanse taken from the exact viewpoint, but a hundred years or more apart.

I joined them and was fascinated to spot some buildings, churches, and residential mansions that dated back to the early seventeenth century that were the exact same, while other architectural gems that had previously survived the Revolutionary and Civil wars were lost to natural disasters, including fires, hurricanes, and earthquakes, or had suffered the fate of the more modern wrecking ball.

Ironically, though, some differences were not necessarily in the structures—it was also seeing a horse and carriage on a dirt-lined road parked in front of the same building that now appears along a paved street with cars and parking meters.

Geodatabase – Then and now

The real world is constantly evolving, and so is our data.

Looking through this book, and having worked with the geodatabase for over 20 years, made me think what a peek into a then-and-now comparison of the geodatabase might look like.

Join us as we acknowledge the past, appreciate the functionality that continues to remain present, and recognize the evolution of change as we move forward and embrace the future.

A long time ago in a galaxy far, far away…—just kidding!

Remember when the first phase of the ArcGIS system and the geodatabase model were first introduced with the release of ArcGIS 8.0 in late 1999?

Seasoned veterans of GIS would certainly remember, while others might not have even been born yet! I, on the other hand, had just graduated from my alma mater, Florida State University, and was starting fresh in my new job working in the GIS department at the Florida Department of Environmental Protection using ArcView 3.x and spatial databases.

Our initial focus was helping our department get past the so-called “Millennium Bug” and the Y2K (year 2000) scare. Soon after, interest in the use and benefits of GIS started to increase throughout our department, and our small GIS team began to grow to fill the volume of incoming requests.

A year later, in early 2001, I started my career as an instructor at Esri, teaching Migrating from ArcView 3.x to 8.x and Introduction to Geodatabases.

The ArcGIS 8.0 release introduced the geodatabase as the common data storage and management framework for all ArcGIS software. While some were hesitant at first, interest in migrating data from shapefiles and coverages to take advantage of new behaviors available only within the geodatabase grew exponentially.

Initially, geodatabases could only be implemented in the 32-bit ArcGIS Desktop application as either personal or multiuser. A single-user personal geodatabase used the Microsoft Jet format, was stored in a single Microsoft Access file with the .mdb file extension, and had a 2 GB size limitation, whereas multiuser geodatabases were stored in a database management system (DBMS) managed by ArcSDE. Support for the file geodatabase was later added in late 2006 with the ArcGIS 9.2 release, as it offered more functionality and better performance than the personal geodatabase.

Fast-forward almost a quarter of a century to present day, and I’m now a product engineer on the geodatabase development team. The geodatabase is still the native data structure for ArcGIS and the primary data format used for editing and data management.

ArcGIS Pro is a spatial analysis and data science workstation that uses a 64-bit, multithreaded architecture, which means it can run multiple processes simultaneously instead of having to wait for one task to complete before the next task can begin. For example, while running a tool in the geoprocessing pane, you can continue to navigate a view or add a dataset to the Contents pane.

ArcGIS Pro uses a project-centric approach to keep all your maps, layouts, tools, geodatabases, and connections in one place. This enables you to better collect, store, maintain, prepare, and share your data across a suite of ArcGIS products, such as ArcGIS Online and ArcGIS Enterprise, and work across the ArcGIS system through Web GIS.

While ArcGIS Pro supports multiple data sources, it is designed to work with and leverage the capabilities of the geodatabase as the center of your spatial data storage and GIS data management workflows.

Three types of geodatabases are supported in ArcGIS Pro:

Why is the personal geodatabase (.mdb) not listed as a supported type of geodatabase in ArcGIS Pro?

For more specific details, take a look at some excerpts from Microsoft’s documentation:

Here’s an excerpt from the Microsoft or Windows Data Access Components:

No new features will be added to components in Microsoft/Windows Data Access Components (MDAC/WDAC) and it isn’t recommended to use them for new application development.

Here is what it lists about the Microsoft Jet Database Engine:

Here’s an excerpt from the Obsolete data access technologies:

Here is what it lists about the Data Access Objects (DAO):

Data Access Objects (DAO): DAO provides access to JET (Access) databases. This API can be used from Microsoft Visual Basic, Microsoft Visual C++, and scripting languages. It was included with Microsoft Office 2000 and Office XP. DAO 3.6 is the final version of this technology. It won’t be available on the 64-bit Windows operating system.

If I’m currently using a personal geodatabase, what are my options, and what’s the best path forward?

If you are currently using one or more personal geodatabases, these are some of your options:

OK, so what’s a mobile geodatabase?

If you are not familiar with the mobile geodatabase, I would also encourage you to check out the following blogs and topics:

We understand that many questions remain, so this will be an ongoing blog series.

Thinking back to many fond memories of my days teaching the Migrating from ArcView 3.x to 8.x course, some users were adamant about not giving up their coverages; did not understand new behaviors like subtypes, domains, and topology; or were hesitant to learn about this new thing called the geodatabase.

Do you know what I told them, and what I’m telling you today?

I get it! I can completely understand and relate to the unease of change, as I was once in their exact same position as an end user of our software.

Throughout college and into my first job, all I had ever used and known was ArcView 3.x, shapefiles, and coverages. When I started at Esri, I had two months to learn ArcGIS 8.x, understand the differences, become proficient in it, and start teaching the class on my own.

I’m optimistic about what’s next!

While I understand everyone who is reading this blog is approaching this migration need and learning opportunity from their unique backgrounds, experiences, and business requirements, and no two situations are typically the same, I have no doubt that you can do this.

Moving forward, you will have a front-row seat as I share the collective insight, steps, and tips from my fellow cohorts (the most awesome group of geodatabase product engineers and developers at Esri) to help guide you through this experience. Additional posts in this blog series will be offered as we continue our quest to further uncover and explore the following topics: 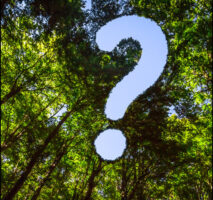 If you have any questions related to the content covered within this blog, please join this discussion on Esri Community.

Elaine is a Product Engineer on the Geodatabase team and has worked with the geodatabase in various capacities at Esri since 2001. Elaine is passionate about finding opportunities to add valuable and creative content for the geodatabase technology that empowers ArcGIS users. A southerner born and bred, she's a mom, weather enthusiast, aficionado of fine teas, baking, bagpipe music and lover of all things pineapple. 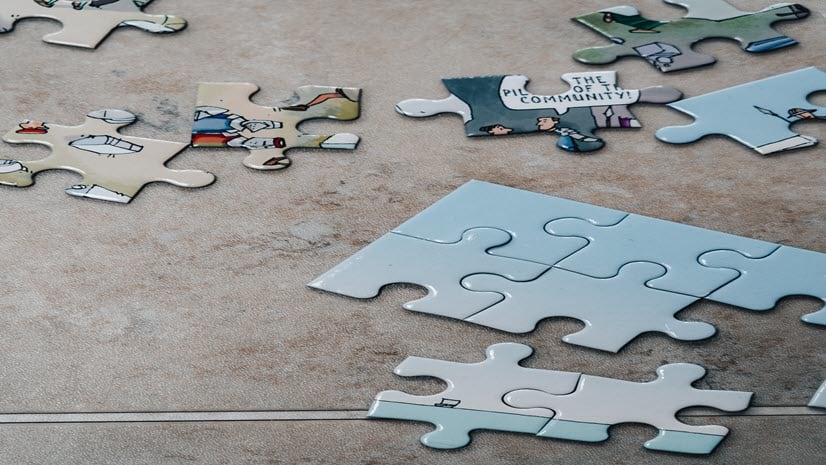 Here is what it's new with mobile geodatabase in ArcGIS Pro 2.9. 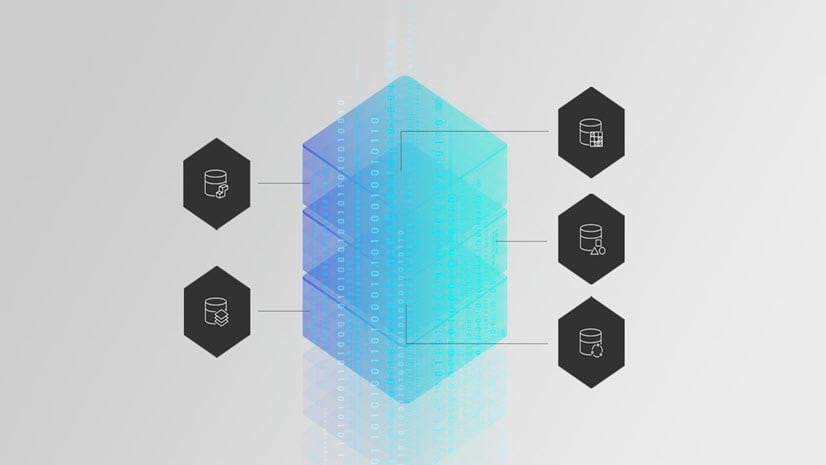 The 2020 User Conference is going virtual and the Geodatabase Management team has a lot to share. Look for these sessions at the UC! 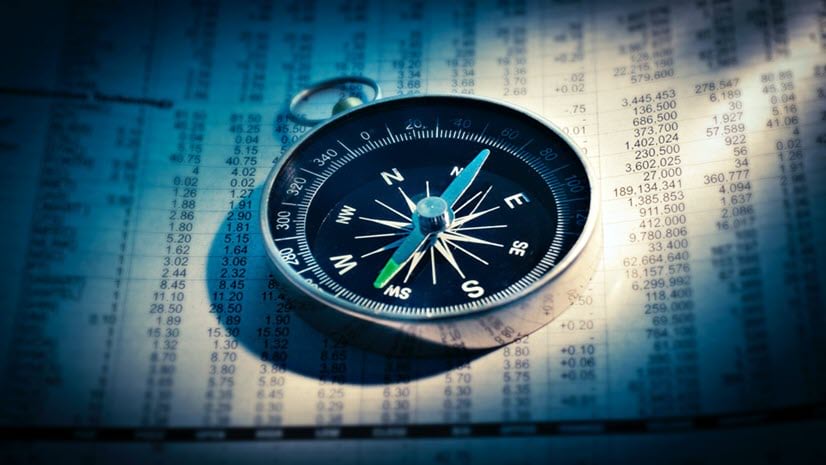 Guide to connecting to Excel files in ArcGIS Pro

Use this guide to navigate the steps needed to determine and apply a silent install of the driver required to use Excel files in ArcGIS Pro.