Many local governments have detailed geographic data for their community’s streets and highways. But accurate transportation analysis, such as routing work crews or inspectors and assessing fire station coverage, requires network connectivity. One-way streets, overpasses, and speed limits affect the routes vehicles can take between streets, so your data must account for these variables.

This workflow requires ArcGIS 2.2 or later, the Desktop Standard license or higher, and the Network Analyst extension.

The ZIP file downloads to your machine.

3. Locate the downloaded file on your computer. Right-click the file and extract it to a location you can easily find, such as your Documents folder. 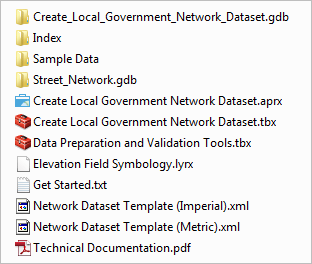 The folder contains the following items:

Step 2: Open the project and run the task

The project opens. By default, it contains an imagery map centered on the United States.

2. In the Catalog pane, expand the Tasks folder. 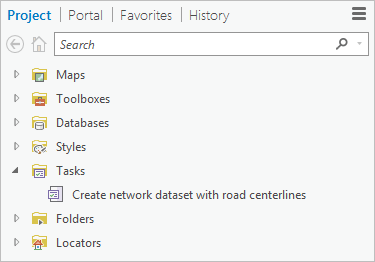 The Tasks pane opens. It displays a collection of six tasks, which must be followed sequentially to create a network dataset. 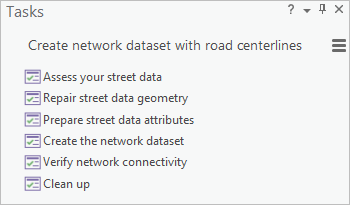 For additional resources, check out What is the ArcGIS Network Analyst extension? and What is a network dataset?

Kyle is a Product Engineer on the Learn ArcGIS team.

Multivariate maps: what are they and how can I make them in ArcGIS?