A Dark Version of the Human Geography Basemap

In February I wrote about the release of a new sample vector basemap, the Human Geography Basemap, built specifically to support maps with subjects related to human geography. By request, we have built a dark version, and this is also available, as a webmap and vector tile layers.  The new basemap uses the same modular construction: 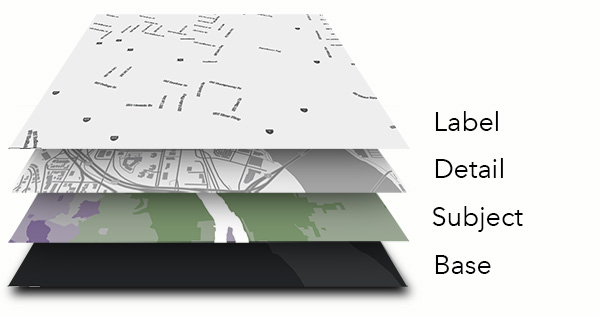 The Label Layer: Built as a reference layer (it sits on top of your work), and including labels for administrative areas, cities, towns and neighborhoods, and street names at larger scales.

The Detail layer: Also built as a reference layer, and including all line and polygon features, larger water polygons, administrative boundaries, road and highways. Symbol intensity is exaggerated, to allow for a significant amount of transparency, which you can apply yourself. As with the original basemap, 60% transparency is a good starting point, then adjust it to suit your particular map. 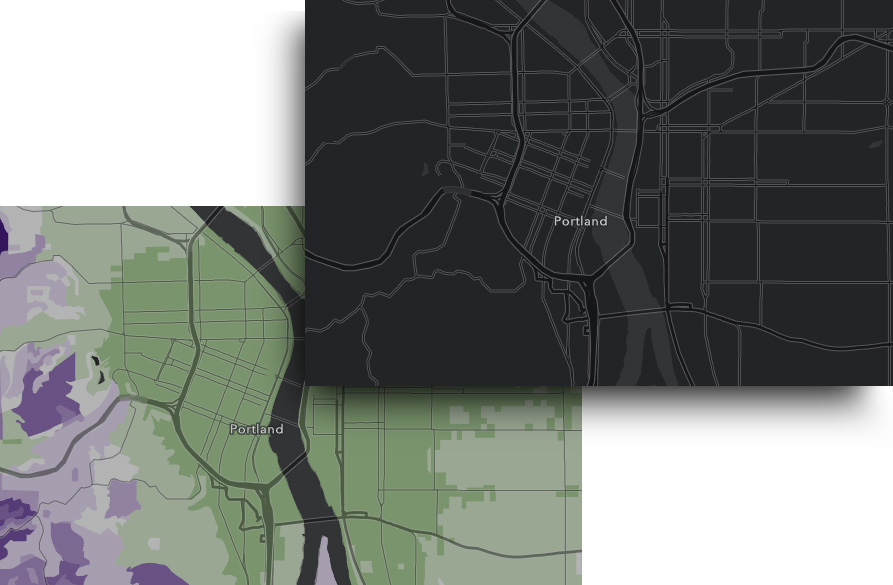 The Base layer: This is effectively a blank canvas, with a dark background, and land areas in a darker gray (almost black).

The look is similar to the Dark Gray Canvas Map, with the notable exception that the land is darker than the water. Our advice on how to get the most out of this basemap is similar to that for the Dark Gray Canvas, which is to try a color hierarchy of dark (low) to bright (high) rather than the traditional light to dark. This can produce a dramatic map with a lot of impact, like this map showing the percentage of women in government, used here: 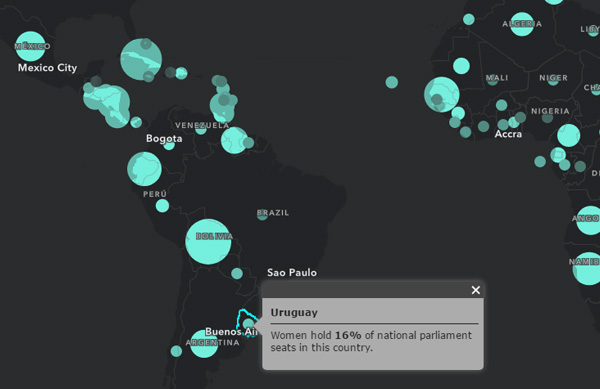 A word of caution though … The concept of ‘light/low to dark/high’ in maps is well ingrained, and the dark background needs to be visible for users to get past that. It may be a hard sell if you are working with a comprehensive polygonal variable that hides most of the base. If you have time, try both approaches, and decide which one carries your message better.