We recently received a question about legends on Ask a Cartographer, so I thought we should post a blog describing some of the cartographic guidelines for legends that may help you make decisions about their design.  Here are some tips — first related to page titles and legend titles, then some that are more general, and finally related to grouping items in legends:

When it comes to grouping legend items, if you have a variety of feature types (as on topographic or other reference maps) there are a number of possible solutions: 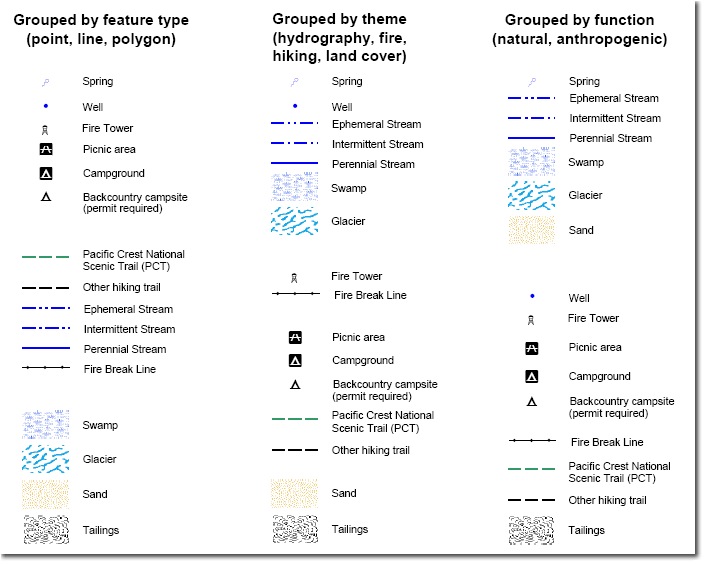