I have been working on an online, multi-scale map of Yosemite National Park. This map will be incorporated into the World Topographic Map at map scales of approximately 1:9,000, 1:4,500, 1:2,000, and 1:1,000. From Yosemite National Park, we received elevation data at two grid cell resolutions: ten meter data for the entire park and 1 meter LiDAR data for seven or eight smaller areas within the park. 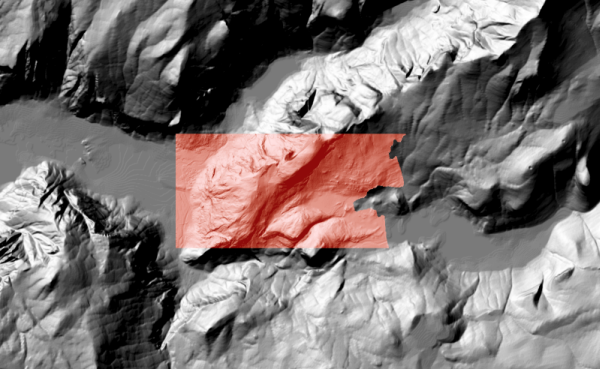 Figure 1: Examples of the two sets of elevation data that were used to produce hillshades for the Yosemite National Park area.

For this map, I am applying a transparency to my hillshade data rather than the vegetation because when I display the other layers under the hillshade, I can better enhance the depiction of elevation. (See figure 2.)

As you can imagine, if I have two sets of hillshade data that I am displaying transparently with other layers of information displayed underneath, the transparency becomes too opaque in areas where I have both hillshade data sets. The layers I am displaying under the hillshades become obscured and, from a map reader’s viewpoint, difficult to read. Also, as seen in figure 3, the color of the features change significantly when there are two hillshades being drawn on top of them. This causes the symbology across the map to vary when I really want it to be consistent.

The challenge with my data sets is two-fold: 1) The extents for the LIDAR data are irregular so I cannot just clip out regularly shaped rectangles, and 2) the raster data are at two different levels of resolution. Here’s how you, too, can overcome these challenges to clip out rasters of varying resolutions and irregular extents.

Step 2: Add the data to your ArcMap document

Next, add the two hillshade datasets to your ArcMap document.

Before you go any further, you should check some important settings that relate to raster processing. On the top bar menu, click Tools, then Options. On the Geoprocessing tab, click the Environments… button to access the geoprocessing environment settings (figure 4). 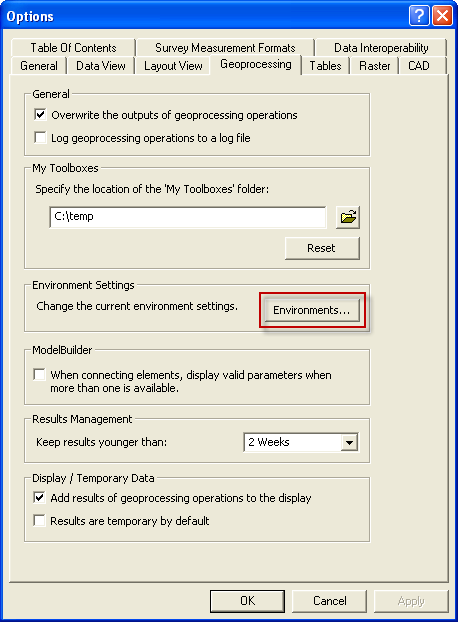 Step 4. Create a raster that represents the extent of the LiDAR data

The input raster for the IsNull tool is the LiDAR hillshade, and the output is whatever you want to call it – we called ours “IsNull_hd”. 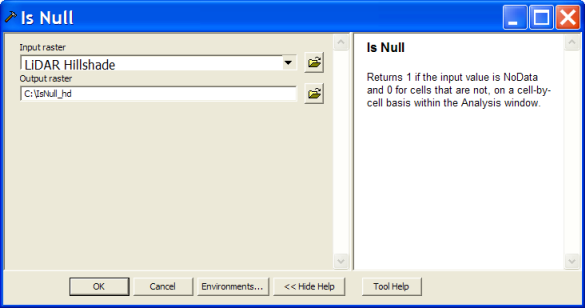 Figure 5: The input parameters for the isNull tool.

Recall that we set the analysis extent earlier in the Environment Settings. The result will be 0 where there is LiDAR data and 1 where there is 10 meter data, and the extent will be the same as the coarser resolution hillshade data (figure 6). 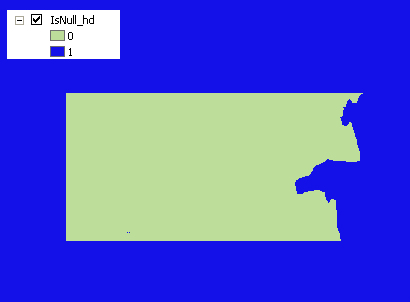 Figure 6: The output from the IsNull operation.

Step 5. Shrink the raster that represents the extent of the LiDAR data

Using the IsNull output, we now have to use the Shrink tool (this is in the Spatial Analyst Toolbox in the Generalization toolset).

Note: The reason that to use the Shrink tool is because we are working with dataset that have two different resolution and we want to avoid an edge matching problem in the final output. We tested several methods and found that the Shrink tool provides the best solution.

The Input Raster for the Shrink tool is the IsNull output created in the previous step. The number of cells to shrink by is 1 – the same resolution as the coarser resolution hillshade (remember that we set the analysis cells size in the Raster Analysis settings). The zone value is 0 – this is the area where there is LiDAR data (figure 7). The reason we are shrinking zone 0 is to make it a little smaller before the final step so we do not have gaps at the edges where the LiDAR data ends and the 10 meter data begins. 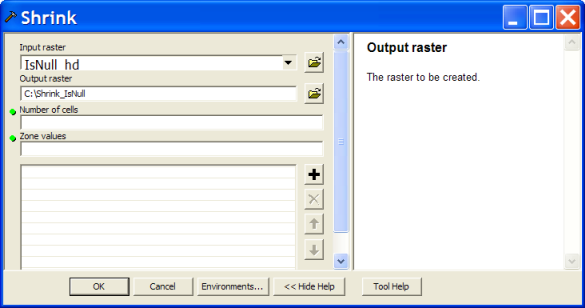 Figure 7: The input parameters for the Shrink tool. 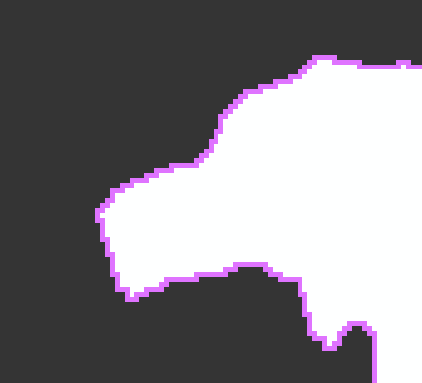 Figure 8: Cells with a value 0 in the IsNull raster are displayed in pink. The output from the Shrink tool is displayed in black. Predictably, there is a difference in size of one cell (at the resolution of the coarser raster) along the edges of the LiDAR extent.

The next step is to use the Con (conditional statement) tool (this is in the Spatial Analyst toolbox in the Conditional toolset) to create a new coarser resolution DEM that does NOT include the extent of the LiDAR data. In essence, what this tool will do is to create a new raster that has a value of NoData in areas where there is LiDAR data and has the original DEM values in areas where there is no LiDAR data. The conditional statement is, “If the cell in the shrunken LiDAR raster is not 0 (that is, it does not contain elevation data), then assign the cell in the output raster the same value as in the original DEM; otherwise, assign it a value of NoData”.

The input conditional raster is the output from the Shrink operation. The Expression is “Value > 0”, and the Input true raster or constant value is the 10 meter hillshade (figure 9). 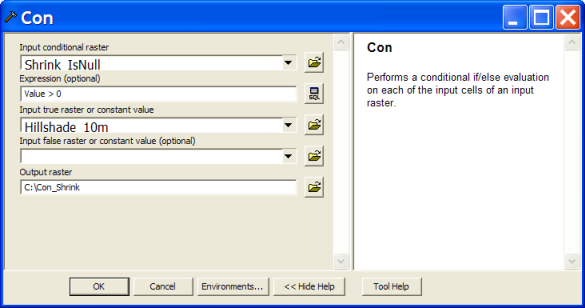 The result is the 10 meter hillshade with a “hole” in it where the LiDAR data will be displayed instead (figure 10). 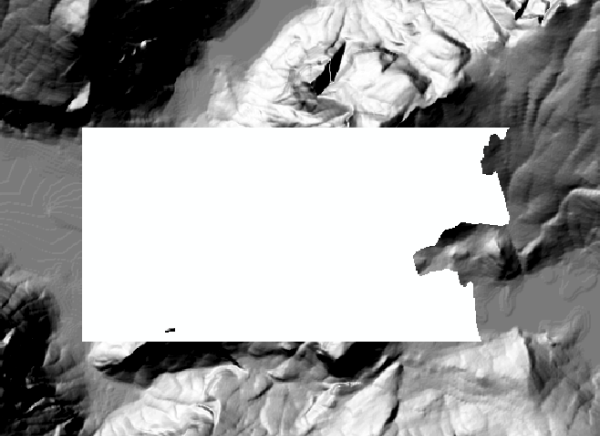 Figure 10: The output from the Con operation.

The symbolized hillshades for the Yosemite National Park map are shown in figure 11. 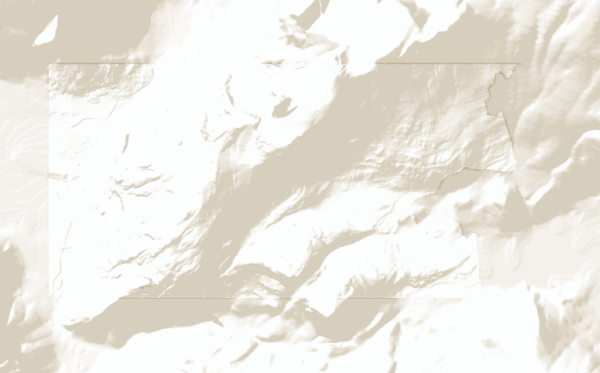 Figure 11: The final result in which the two hillshades are displayed with the same color ramp and the same level of transparency.

You can see a slight edge effect but this is a better alternative to a gap, which would happen if we did not shrink the output from the IsNull operation. Consider that we are displaying data UNDER the hillshade. If there were a gap, the colors of the underlying data would make the edge much more apparent. Our result mitigates that effect because although the one-pixel edge is darker, it has a transparency applied and the tonal variation will be softened by the color of the underlying data.

Since I am designing this map to be displayed at larger map scales, the overlap is preferred to white space. But, if you are using this approach for a map that will be displayed at a smaller map scale, the subtle difference may not be noticeable. If you decide the white space is not that apparent at the scale you are mapping, then you can skip Step 6 and go directly to Step 7.

Thanks to Nawajish Noman, Lead Product Engineer for Spatial Analyst and Geostatistical Analyst, and Aileen Buckley, Mapping Center Lead, for their help with this blog entry!