US Census Bureau counts reveal how well data providers have anticipated and measured demographic change since the last Census. In a blind study, forecast data from five major data vendors, including Esri, was benchmarked against Census data. The credentialed researchers analyzed the entire US at four geography levels: state, county, census tract, and census block group. Not only did Esri have the lowest error level, but it also performed exceptionally well at the more granular levels of geography, which are the hardest to forecast.

Esri Demographics hosts a global data portfolio that includes thousands of data attributes from more than 130 countries. Data is curated from quality-assured data sources and updated regularly, and it is accessible through Esri's products and focused solutions such as ready-to-use maps, direct-to-download datasets, and consumer-ready reports.

Esri's team of demographers curate and create current-year estimates and five-year projections of US demographics, including population, households, income, age, and ethnicity. With trusted data providers like the US Census Bureau, the American Community Survey, and Michael Bauer Research, the demographic data has strong, traceable lineage. Data is kept current and updated regularly—connecting you with the newest available data for analysis.

Marital status of the population, including single, married, divorced, or widowed.

Discover how to recognize patterns and trends with the latest demographic data available on the market. 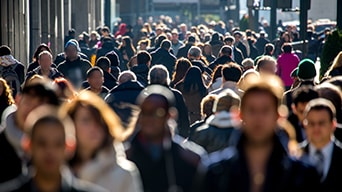 The 2020 Census will mark the first time in history that the US Census collects data online. What challenges are ahead, and how can tech help?
Read the article
Read the article 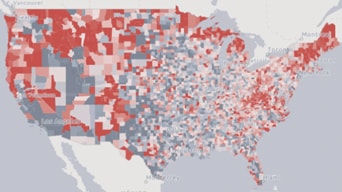 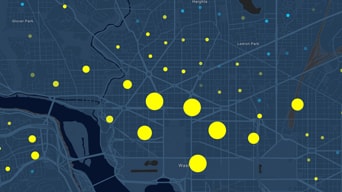 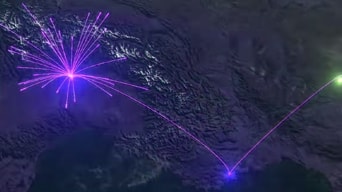 The Where of It All

Get in touch with us to get started

Get an email response.

Outside the United States