It can be difficult to manage your assets when you aren't sure how many you have. This was once a major issue in the City of West Jordan, Utah. Prior to implementing a GIS-centric asset management system, the city relied on multiple shapefile formats of water, sewer, and storm water systems. Most of these files had been created using as-builts and staff memories or by simply drawing lines and points closest to where an asset was believed to be.

Unreliable data led to expensive problems. In one instance, a waterline broke and crews could not find the shutoff valve to stop the water. As the water continued to flow, the city lost valuable time, money, and energy. It became clear that having a general idea where assets are buried was not enough

City staff understood the importance of GIS, so they began looking for a system with GIS-centric asset management capabilities. Cityworks met their specific needs, and they liked that it integrated seamlessly with ArcGIS.

A GIS specialist, Spencer Munson, was brought on full-time to focus on creating spatially accurate data. His office became a central location for utility managers and workers to collaborate and bring their data, knowledge, and frustrations. Using a combination of as-builts, drawings, GPS points, closed circuit television (CCTV) records, and institutional knowledge, Munson combed through the data, marking places that needed to be verified. He then worked with the department to survey assets in the field.

Improvements to West Jordan's asset data helped city officials identify where their assets are located and how many they have. Accuracy improved greatly as departments invested more time and effort in submitting precise information, knowing their contributions would be updated promptly. Perhaps most importantly, the GIS and utility departments have developed a relationship of trust and accountability.

"Although we had some GIS elements prior to Cityworks, the new platform gave our staff a better appreciation for what GIS can do," said Clint Hutchings, GIS Administrator at West Jordan. "Users began interacting with and depending on GIS data as opposed to paper maps or institutional knowledge. Our data became more accurate because our users had a stake in making sure their field observations matched what was in the GIS." 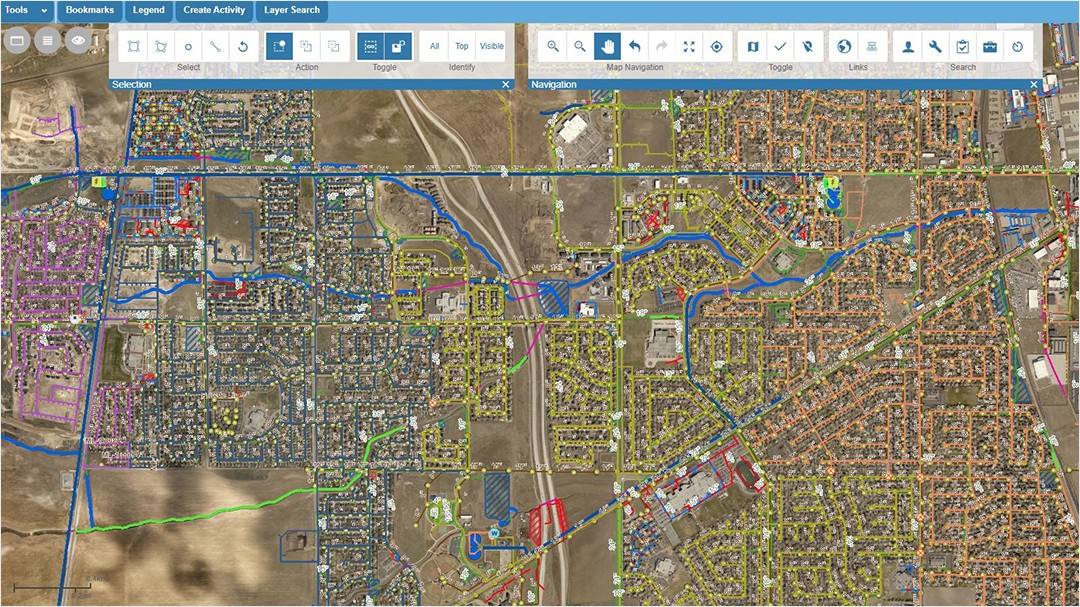 Staff can open up a web map of assets and have the latest status update per assignment and know where to work next. The ability to map every asset and detail into the Cityworks platform eliminates duplication of work and maximizes productivity.

There's an App for That

Since then, West Jordan integrated Esri's ArcGIS Collector to help each department report errors, see where the GIS team has marked places to verify, and check in real time whether issues have been addressed. The city now has an official workflow for verifying missing or inaccurate asset information.

West Jordan also implemented Esri's Crowdsource Reporter with Cityworks to engage its residents in the care of city assets. Now, when a resident reports a problem from their phone or computer, the issue is automatically directed to the appropriate department, and a service request is initiated within Cityworks. The resident receives automatic confirmation when the request has been initiated and again when the work has been completed.

The seamless workflows enabled between Cityworks and Esri apps allow the City of West Jordan to be more efficient, effective, and responsive in the care of its citywide infrastructure—improving levels of service and quality of life.

Although we had some GIS elements prior to Cityworks, the new platform gave our staff a better appreciation for what GIS can do. Users began interacting with and depending on GIS data as opposed to paper maps or institutional knowledge. Our data became more accurate because our users had a stake in making sure their field observations matched what was in the GIS.