In 2014, Santa Barbara's Public Works Department team determined that they needed to modernize and optimize their existing water system. To do so, they set forth an ambitious goal of replacing all 27,500 of the city's water meters within five years.

"Instead of just doing a regular meter replacement based on age, we decided to handle this task comprehensively to better set ourselves up for the future," said Theresa Lancy, water distribution supervisor at the City of Santa Barbara.

Modernization from a legacy system, in order to complete a major water meter replacement project.

The City of Santa Barbara needed to modernize its legacy system and existing workflow for field data collection and analysis of its large network of water meters. The meter replacement project—containing an ambitious goal of replacing all 27,500 of the city's water meters—presented an ideal opportunity for the city to strengthen the accuracy of its location data.

In its legacy system, the real-time location of all meters was not adequately captured using a GPS and did not provide the level of accuracy required to sufficiently identify individual meters. This was due in part to the meters being directly correlated with a parcel. There was uncertainty in the data's accuracy when multiple meters were present in a parcel.

"We were using the parcel number to get a general idea of the location of our meters," said Lancy. "But in circumstances where multiple water meters are located on a single parcel, knowing which meter was associated with a particular location was especially difficult."

Since the city's water meters were often located within one foot of each other, the City's team needed a new solution that would provide a higher level of accuracy. As proof of concept, they borrowed a GPS receiver from a sister department. The receiver used a mobile base station to provide differential corrections, but the station needed to be manually set up and broken down. This took an hour of fieldwork every day, slowing down the meter location collection. The city not only wanted highly accurate location data but also needed a faster data collection workflow. 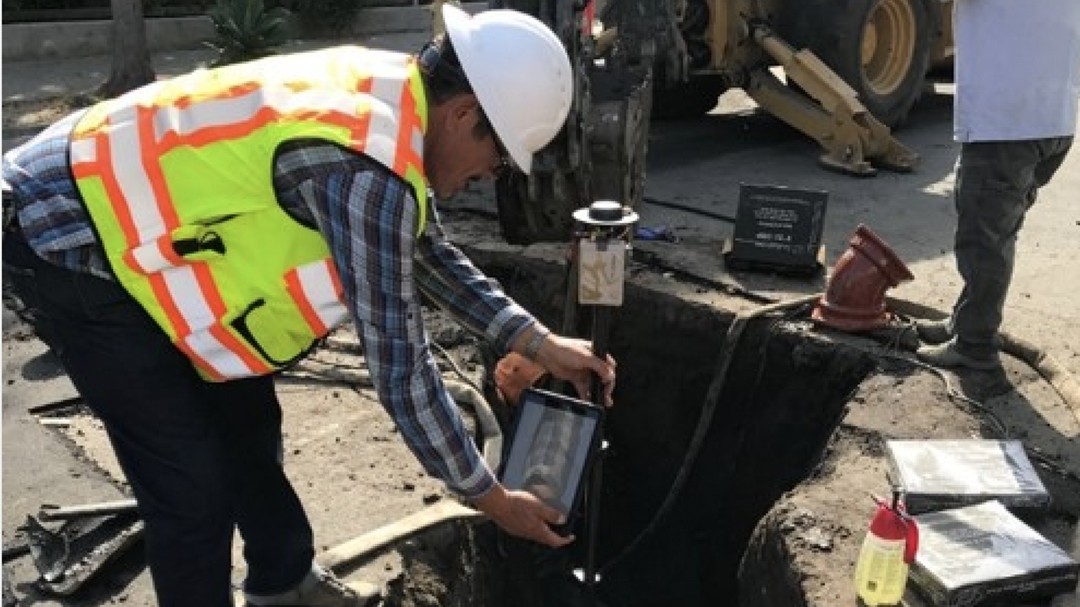 The Collector app and Arrow Gold GNSS receiver are used to capture data in the field.

ArcGIS Online has enabled employees in the field to remotely edit and utilize updated web maps simultaneously. ArcGIS has connected field and office staff with a shared view of the water meter data. The City's team can now create data and utilize the Collector app for their workforce in the field for more efficient and accurate data collection. The water meter data being collected is now being fed directly into ArcGIS Online.

The final step in the city's transformation was to find a GPS receiver compatible with Collector. An employee suggested the Arrow Gold GNSS from Esri business partner Eos Positioning Systems. By pairing Collector with an Arrow Gold GNSS receiver, the city has achieved a more efficient real-time data collection workflow with centimeter-level accuracy.

The only missing piece in its new solution was the source of real-time kinematic (RTK) corrections. Initially, the city connected the Arrow Gold receiver to a base station 19 miles away. This station was expected to provide greater accuracy, yet it proved to be outdated and challenging to connect to. To overcome this challenge, the team decided to purchase another Arrow Gold GNSS unit and install it as a permanent base station on their distribution building roof.

"Because the cost and effort involved was fairly minimal, it just made a lot more sense to go ahead and set up our own base station," Lancy said. "We also thought there could be other groups in the city that would use this system." 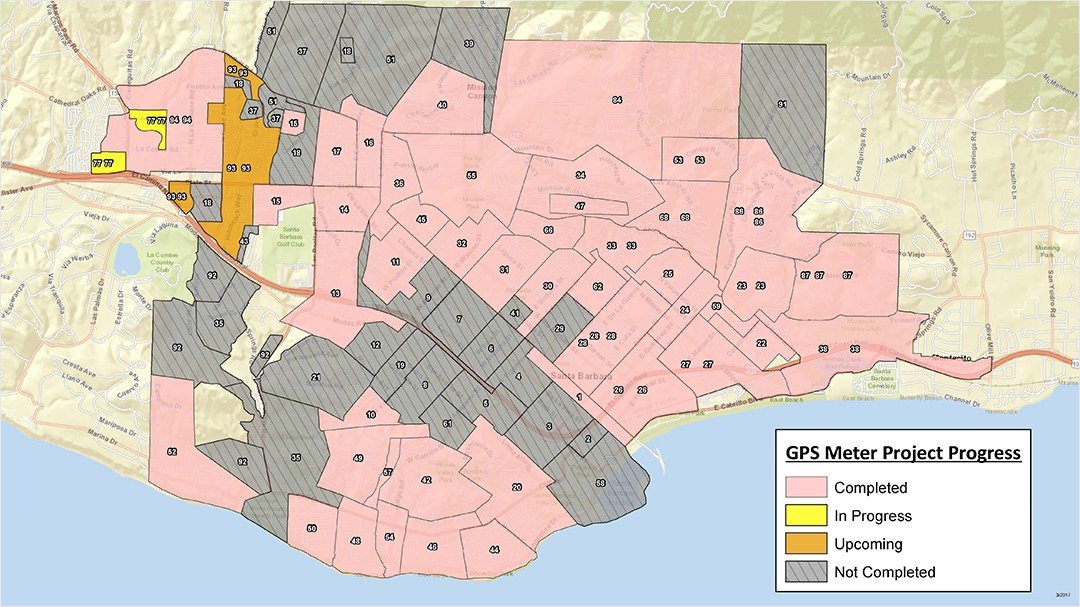 The city is confident it will achieve its goal of replacing all of Santa Barbara's 27,500 water meters within five years. Since implementing ArcGIS Online, the Collector mobile app, and the Arrow Gold GNSS receiver from Eos Positioning Systems, the city has increased its rate of water meter data collection by 50 percent.

Santa Barbara's field personnel are no longer required to manually set up and dismantle the temporary base station. Moreover, installed assets are recorded with centimeter accuracy, meaning individual meters formerly sharing a parcel can now be uniquely identified. The city has mapped 75 percent of its water meters. This information will be vital to future efforts to implement automated metering.

The new GIS-based workflows have proven to be user-friendly, enabling field personnel to expand their project scope—with the capability to map new hydrant and valve installations in addition to the city's water meters.

Faster response times have improved customer service for the citizens of Santa Barbara. The new solution is supporting a newly established goal to replace 2 percent of its 300 water main miles per year. Lancy and her team have reason to be optimistic about achieving that goal.

"Drought conditions certainly challenge municipalities like ours," Lancy said. "Efficiently maintaining our system is vital. Leaks need to be located quickly and addressed promptly. Having the right tools to identify, locate, and document repairs means better customer service and reliability—which is very important to us."

Once we found something that could interface directly with a map, this solution was the obvious choice. It was so much easier to use," Lancy said. "I foresee this becoming an integral part of how we capture information, both in records and operationally.