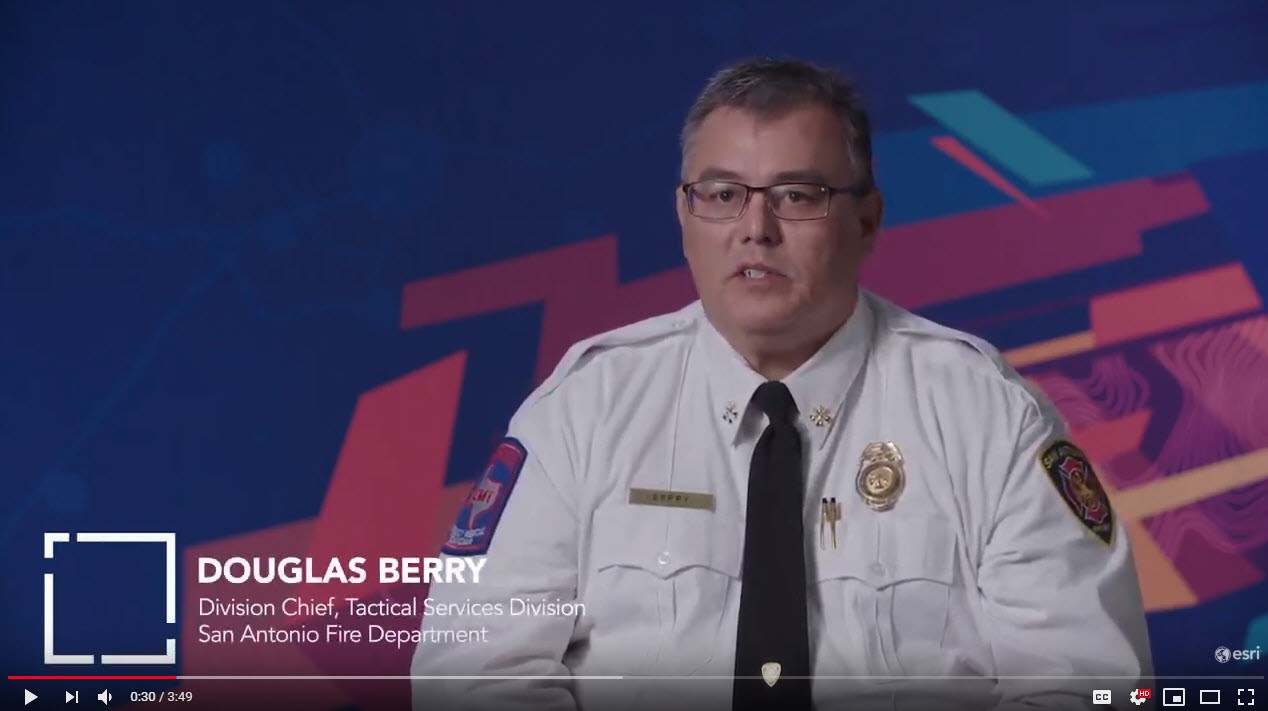 Large events pose unique security challenges for law enforcement and public safety officials. Global events continue to remind us that we face a new normal when it comes to protecting lives and property. As San Antonio, Texas, prepared to host the National Collegiate Athletic Association (NCAA) Final Four tournament, a serial bomber attacked nearby Austin. The heightened fears from the bombings pushed the City of San Antonio to adjust its security plan, adding real-time awareness to enhance safety at the event. ArcGIS Workforce was used to help field deployment, and ArcGIS Dashboards and ArcGIS Web AppBuilder gave multiple operations centers and each officer situational awareness—the ability to understand and rank the seriousness of a threat, assess risk, and project changes in near-future status. 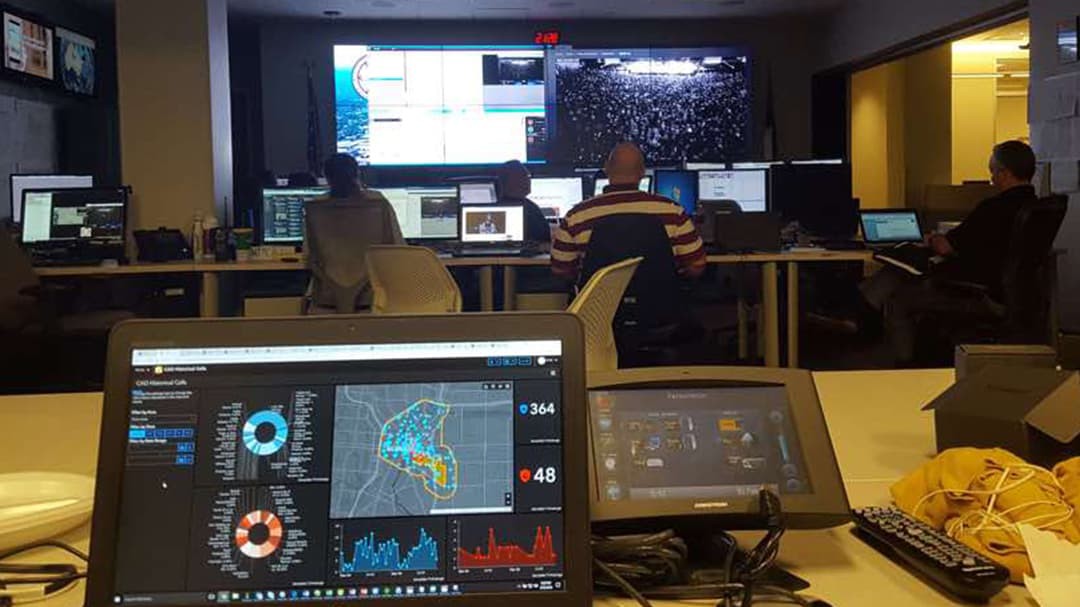 The complexity of the NCAA Final Four weekend—hundreds of thousands of fans attending concurrent events that included a three-day music festival, a fan fest, and the Final Four games—added to the desirability of deploying new technology. For an event operations center, it is a challenge to know where each officer and asset (tactical and intelligence teams) is at any given moment. Similarly, officers require information about the event and its venues—along with awareness of incidents as they occur—in order to do their jobs effectively and efficiently. Both dispatchers and patrol officers have become accustomed to map-based tools in daily public safety work; however, these technologies have been attached to vehicles. San Antonio looked to provide officers with event information (with detailed maps of venues and schedules of events) as well as real-time personnel and incident tracking capabilities for the operations centers. City staff aimed to reduce vulnerability and increase safety while producing events that were well-attended, enjoyable, and profitable.

The high profile of the NCAA Final Four event—and the threats it would attract—meant that San Antonio needed to be well prepared.

The Information Technology Services Department (ITSD) used ArcGIS Pro to create a detailed digital twin of the operational environment, which included multiple event venues, vendor booths, temporary structures, road closures, pedestrian entrances, access control points, stages, and areas where lines would form for entry into the events. This virtual environment acted as the foundation to help staff prepare for common crimes and incidents and worst-case scenarios as well as communicate standard countermeasures to all tactical units.

Using ArcGIS Web AppBuilder, ITSD created a searchable, map-based app that allowed public safety personnel to visualize the location of different vendors and venues. The native apps and capabilities of the smartphones—text messaging, cameras, contact lists, and ability to read incident action plans in both Word docs and PDFs—aided communication. As incidents occurred, first responders sent photos to the operations centers and other emergency staff when they arrived on the scene. These photos were added to a common operational picture map that was also created using Web AppBuilder.

ITSD used ArcGIS Workforce to assign and track the more than 200 smartphones that were given to all public safety personnel—police, fire, emergency medical services, and specialized operators. Workforce created two-way communication between the operations centers and personnel in the field and allowed each person to be tracked using the GPS signals from the phones. The operations centers gained a common operational awareness of the current locations of all individuals and teams for more efficient deployment of personnel to incidents.

Southwest Texas Fusion Center used ArcGIS Dashboards to monitor several aspects of the operation and aid executive decision-making with evidence-based reporting. A dashboard was created to provide a real-time view of incidents at venues in different zones as well as the officers' locations. This resulted in a tactical operational view of people, services, assets, and events. Another dashboard provided the historical record parsing the number of calls for service and the types of calls over time. 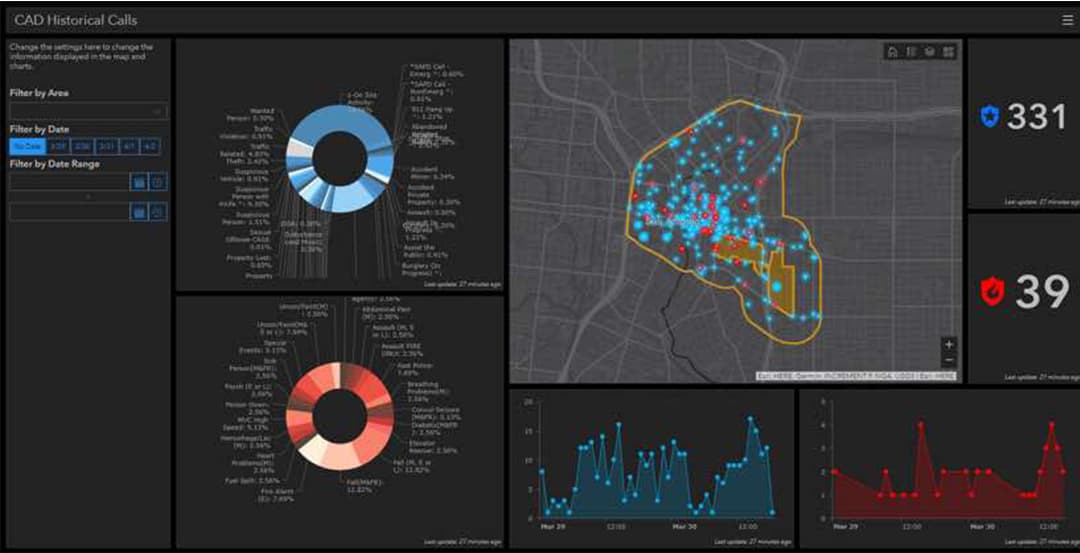 The common operational awareness that the apps and maps provided changed how the event could be managed. This real-time awareness helped managers allocate the right resources to the right locations, dispatch the closest officer to an incident location, improve officer safety by seeing who needed help, and ensure effective patrol of the most vulnerable areas. Establishing an authoritative common operational picture was made possible through the integration of several purpose-built tools using the flexible and extensible ArcGIS platform.

Having detailed digital maps on mobile devices gave officers the ability to communicate with everyone by using common reference points. For instance, if a passerby were to relate that a fight had broken out at the Mr. Chicken stand, officers could search for and find the venue on the app and get to the right spot quickly. Similarly, police posts were represented on the map by blue icons, so officers could quickly search and see where their fellow officers were stationed.

Smartphones were used extensively by officers to report incidents such as lost children, suspicious packages, and the unauthorized use of drones. Responders would take photos and share them along with details in text messages. These reports informed the real-time view in the common operational picture located in the operations centers, allowing staff to assess or evaluate the necessary response and assign special units as needed. Tying together information from all responders on one live map had a positive impact on response times and resources. It allowed the quick vetting of suspicious package reports, provided quick resolution for lost child incidents, and ensured peace of mind for officers who could see the coordinated actions. The two-way communications using smartphones helped staff overcome any training hurdles, as nearly everyone knows how to operate a smartphone.

The Workforce app allowed the operations centers to communicate with officers, identify them, and see them on a real-time viewer for operational awareness. Workforce also made it easy to integrate personnel from a variety of agencies—identities and capabilities were simply assigned to each phone and clearly visible on the map. Everyone was looking at the same picture.

The dashboards monitored calls for service for police and fire incidents, allowing the operations centers to filter information and focus on the most import threads of data to support decision-making. This large-screen view allowed personnel, particularly at shift change, to quickly get up to speed on current operations. The dashboards were also used at briefings to share response plans related to shifting threats.

Together, the new applications and real-time awareness aided decision-makers, officers in the field, and the public—providing peace of mind to all in attendance. 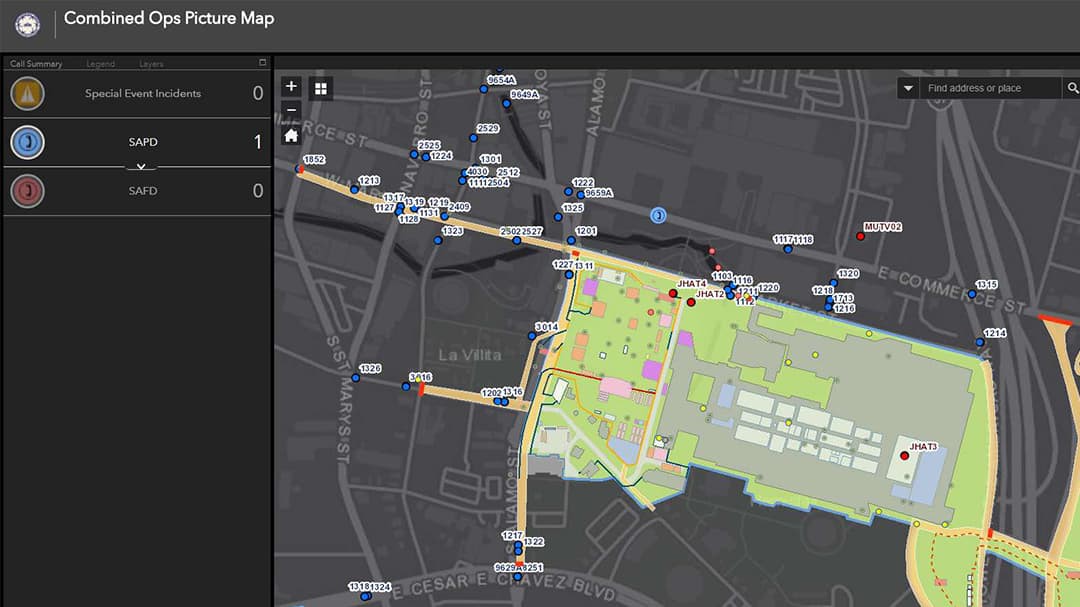 Get in touch with us to replicate this workflow