GIS: A Large Role at a Small Utility

I did not have any experience with geographic information system (GIS) technology when I was introduced to Esri in 2016. I started my working career on my father's shrimp boat in the late 1970s, when work was scarce. I followed my father's path as a union pipe welder. Quickly I realized that my interests lay elsewhere. My family was a mix of fishermen, construction workers, and other skilled professionals, so I followed suit and delved into a little bit of it all. I found I really enjoyed working in the construction field and chose masonry. I dabbled in electronics a bit as a hobby, kept up with my fabrication work, enjoyed guiding charter fishing captains to fish locations as well as some recreational fishing.

I seem to pick things up quickly, being able to troubleshoot and integrate solutions for most of the problems that come my way. Some integrations resulted in the betterment of the solution, and some became learning experiences that left me thinking, "Let's not try that again."

After a few years of teaching brick, block, and stone masonry at a local high school, the course was closed and left me to find another path. I found a maintenance tech position at West Jackson County Utility District (WJCUD). A few months later, I landed a locator position that had just become available in another department. In my new position, l located water and sewer utility assets, a task that introduced me to GIS and Esri. It was an awesome experience! 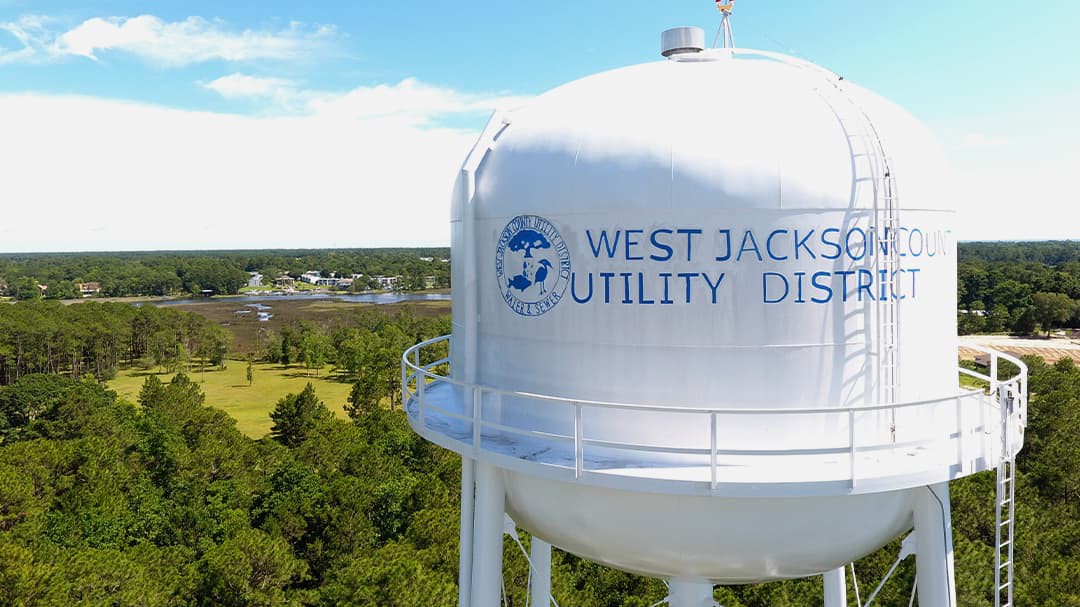 I hit the ground running. The GIS Department was about six years into fruition but there was still a lot to be done. Even in my limited-to-zero experience, I could tell the department was not working for the district in the manner it was supposed to. We were constantly having to relocate and re-collect data, but we pressed on. We were also using Google Earth and paper maps in lieu of Esri maps. Our asset map was basically unusable.

My supervisor in the GIS Department was closing in on retirement, and our director wanted him to start my training as his replacement. I went straight to work on resolving issues with the current asset map and the data entry process, which made an immediate positive impact to the quality of the map. In about a year, we had a usable map. This was not achieved without many setbacks, but I got generous help from Esri and others in my network. A few months before my supervisor's retirement, I was promoted to GIS Department supervisor. I supervised a crew of three—John Hulvey, Brittney Saucier, and Dillon Yarborough—and they made short work of locating, relocating, collecting, and re-collecting field data.

This was a massive and daunting undertaking. Data was still being duplicated or just plain lost. I needed to determine which hardware had to be replaced and which workflows needed to be adjusted or thrown out. Esri tech support staff were wonderful, but even they struggled to figure out why some of this data was doing what it was doing. Yes—it was that bad. 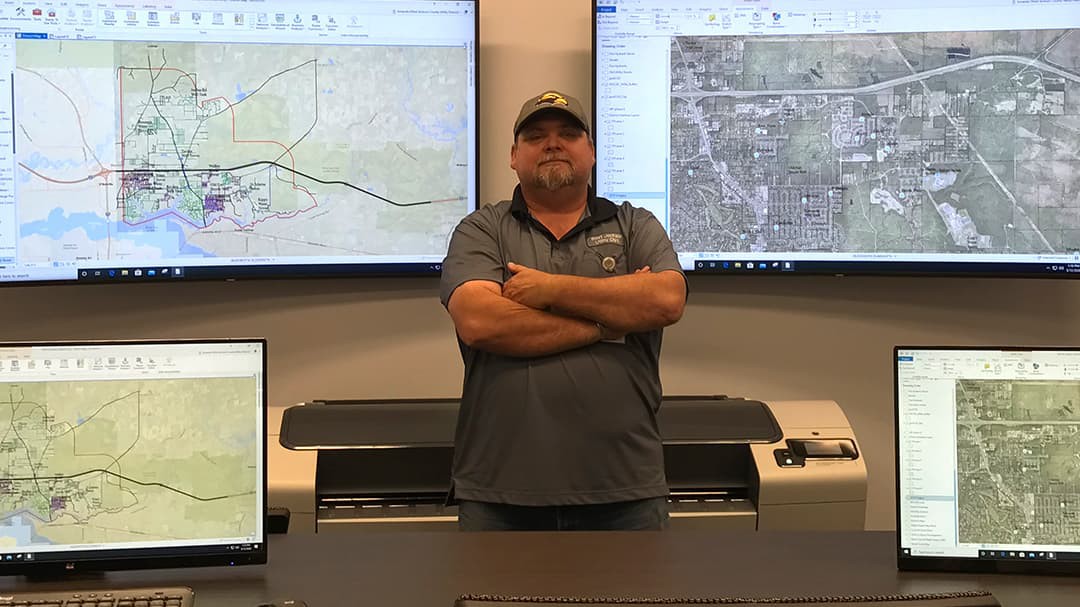 With several large projects on our horizon, I saw the need to expand our Esri technology to outside engineering firms as a method of sharing data, implementing design features, and making our meetings more productive. The introduction of ArcGIS Online enabled us to invite users such as engineering firms and construction crews to access maps and data. We have utilized ArcGIS Online multiple times, and it has proved to be a valuable tool at our district.

"The Esri software portal is a valuable tool for the design work we perform for the West Jackson County Utility District. Scott Ramsay and his team have done a remarkable job of mapping all of the district's assets. The online database showing all of the district's water and sewer infrastructure to pinpoint accuracy makes our job during the design process of defining tie-in points and existing conditions seamless and effortless!"  — Gerrod W. Kilpatrick, PE, Machado | Patano

West Jackson County Utility District has made major strides. We have moved into a state-of-the-art facility that has a dedicated map room housing two workstations with 24-inch monitors and two 70-inch curved flat screens. This lets us hold planning meetings with engineers and construction entities. West Jackson County Utility District is excelling in technology. Our GIS Department personnel are constantly looking forward to advancements that will keep us on the cutting edge of GIS and technology.

These strides forward have also affected my position at the district. I guess my hard work was noticed. When the operations manager position became available, I was asked to assume the role. I was tasked to find someone who could step into the GIS Department, someone who could further our cause. Many interviews later, we came to a clear choice: Amanda Parisi. I have remained over the GIS Department as supervisor, and Ms. Parisi has been an essential addition.

"Upon taking the reins as manager, Scott was able to identify the causes of our issues and set about correcting them. Within a matter of months, WJCUD was able to finalize a highly beneficial tool for its operations and strategic planning efforts. I am very grateful for Scott and his efforts as well as his intellect, perseverance, and fortitude." - John Hannah, Director, West Jackson County Utility District

Ms. Parisi has earned the title of lead GIS Analyst with her work ethic and the progress she has made. In just under a year since coming to West Jackson County Utility District, we have moved even further forward. Her background is in marine science with an emphasis on GIS. At the time of our interview, she was finishing a training program with the Environmental Protection Agency. In that training, she was using GIS to map water flow and direction, building maps in the process. She has used that knowledge to continue advancing many aspects of GIS into everyday planning and development in our district. This has allowed us to do more troubleshooting and map adaptations for contractors and engineers.

Ms. Parisi and I worked on transitioning from ArcMap to ArcGIS Pro. During this time, we worked out a better way of representing some of the data with new symbology. We were able to adjust certain aspects of the map to make it look cleaner while ensuring data stabilization. 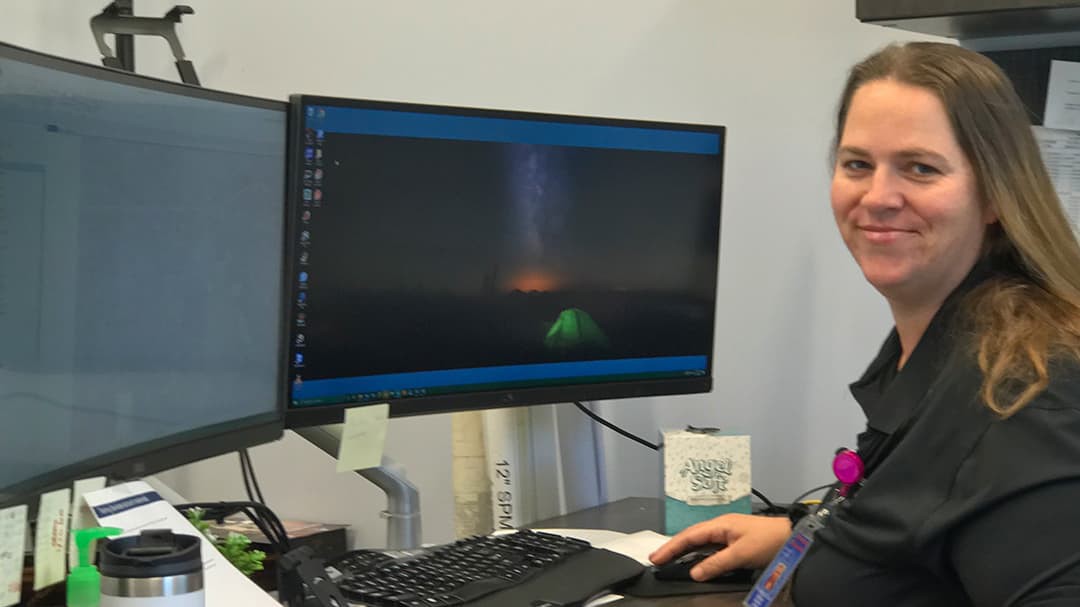 During the process of upgrading, we looked at how ArcGIS Pro could be more useful. We decided to add all as-built maps digitally into ArcGIS Pro, making it easier to locate older assets. With these overlays, it has become easier to determine map deficiencies as well as map correctness. This gives us the ability to better inform engineers in future design or infrastructure upgrades. This also saves the district money on current and future projects by streamlining meeting times with accurate data, which cuts down time and prolificates energy to be spent elsewhere.

Esri technology has played a large role at West Jackson County Utility District. It has enabled us to create and maintain accurate data and present professional-grade maps to all concerned entities. Accurate and detailed maps let our field technicians spend less time locating assets and more time working on them when needed. This has enabled a greater understanding of the location and accessibility of our assets, while with paper maps, locating an asset may take a lot longer, presuming an employee can even find a map of the area. We no longer have to rely on a few key employees for asset location—our data is now updated perpetually. We can locate assets in a matter of seconds!

As we move forward with more Esri technology, we will be using ArcGIS Network Analyst to determine breaks in our data and flow direction in our systems to better utilize our water and sewer assets.

Esri software and support are top-notch. We rely on Esri in many ways to help us streamline our operations and improve our customer support by quickly identifying the location of trouble issues, which speeds repairs and shortens outages. 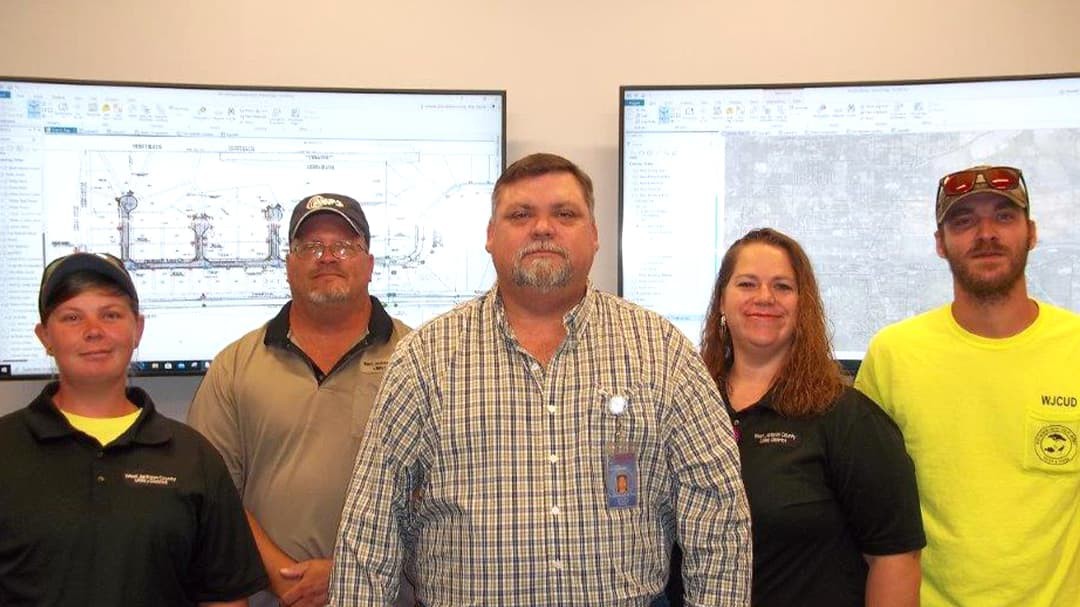 Working with the West Jackson County Utility District's GIS Department, the Esri ArcGIS software has proven to be an invaluable tool for mapping existing infrastructure, conducting field surveys, preparing design documents, conducting technical reviews of new subdivisions, and collaborating [on] designs between multiple consultants. This is a much-improved process over the prior method of pulling paper documents in an attempt to locate and understand the district's existing infrastructure.