3D Modeling of the Heart of Istanbul

Grafi2000 is an Istanbul-based animation studio founded by renowned Turkish cartoonist and producer Varol Yaşaroğlu. Since 2000, the studio has produced widely viewed cartoon series, making Yaşaroğlu famous in Türkiye. His comic series Kral Şakir (King Şakir), broadcasted in 2018, became very popular with the growing number of younger TV audience. This success made Yaşaroğlu the first Turkish cartoonist broadcasted on the national Cartoon Network. Thanks to CityEngine, Esri is part of this success.

It began at the Turkish User Conference of 2017 when the team of Esri Türkiye met with the artist for the first time. Their conversation about state-of-the-art animation technology soon led to the movies Zootopia and Blade Runner 2049. Amazed at how these box office hits benefited from Esri's technology, Yaşaroğlu instantly showed interest in the potential of using GIS for his own production. While he was eager to do so, a way had to be found to involve Esri with Kral Şakir at its final stage of production; the last renderings were almost finalized, and the launch was about to be announced.

To integrate Esri technology into the nearly finished work, Yaşaroğlu came up with a creative idea. He envisioned inserting a 1-minute narrative to the existing footage, enriching the content and showing the power of geodata-based animation while preserving the aesthetics of the movie.

The challenge was to produce a multidirectional panoramic visualization based on Istanbul’s actual city map—realistically representing the city's famous hills, mosques, bridges, busy streets, and marketplaces. Every building's actual size and position, as well as characteristic façade texture needed to be maintained.

The other challenge was the timing. With only three months left until the end of production, it seemed that Esri Türkiye's professional services team had to push hard.

Challenge - Produce a realistic 3D model of the heart of Istanbul, with its famous landmarks

Esri Türkiye's professional services team supported the Swiss company VRBN Studios AG in processing 36,710 building footprints, 24 CityEngine rules, 4,489 vegetation objects, and 7,600,200 polygons in less than three months. Landmark features have been added as static objects to help viewers recognize the location of landmarks like the Bosphorus Bridge or the Örtakoy Mosque. The procedural approach of CityEngine allowed building rules to be defined through their attributes, applying them on similar building categories in a time-saving manner. 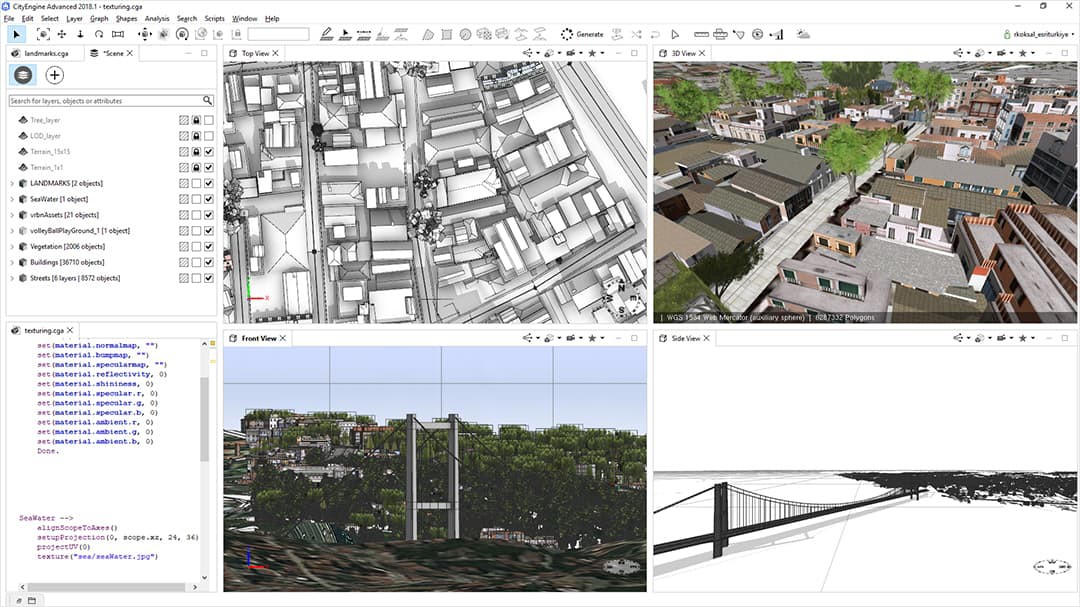 Thanks to the capability of CityEngine, converting the city map of Istanbul into a 3D motion picture was achieved in a very short time. Categorizing building attributes, applying the city's special urban texture realistically, and matching the animated cartoon aesthetically were all done at the same time.

In the end, the producers and Grafi2000 were extremely satisfied with the outcome, and Yaşaroğlu happily integrated the vivid 3D city model in the final version of Kral Şakir. The movie was a great success and received great media attention. 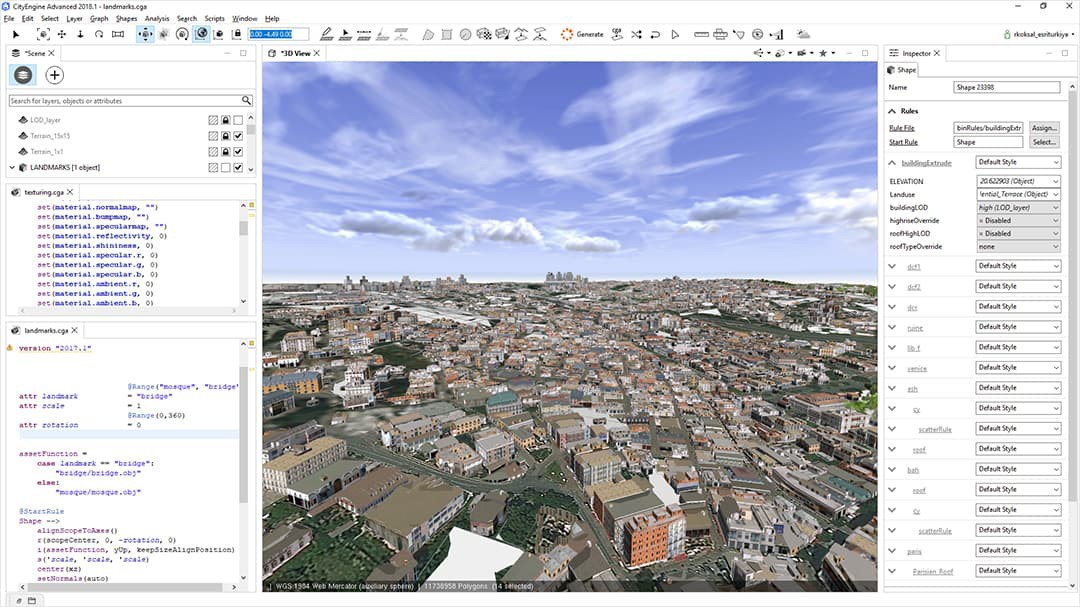 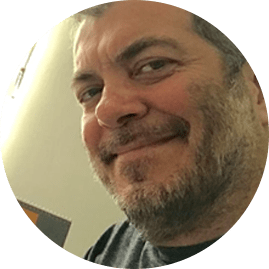 Esri’s CityEngine 3D modelling technology is used in Disney movies Zootopia, Cars, and Blade Runner 2049 to produce realistic 3D city models. I am very excited to be the first artist to use it in Türkiye. It is fascinating how we were able to quickly build complex city models using such innovative and rapid technology. This was only possible through the collaboration with Esri Türkiye.

Learn more about this project