The Seattle Times is a privately owned daily newspaper which has served Seattle, Washington, since 1891. From entertainment to sports and politics, this newspaper aims to inform the public of significant national and local news and engage the local community. The Seattle Times offers a digital product and mobile newsletter along with the print edition.

The Seattle Times' graphic news team provides graphics and illustrations for all stories, in print and online, helping them come alive with maps and images. The team wanted to improve the quality and accuracy of data used in graphics. The team implemented a new software extension to create and design dynamic maps, adding a new dimension to their illustrations.

The Seattle Times' graphic news team consists of three graphic artists who use digital tools and software to make maps, layouts, and visual elements for all types of stories. On average, the small team produces between four and five graphics per day, including one to two maps such as locator maps or graduated-point maps. Some maps may take hours to produce, while larger projects may take one month or more.

The mapmaking software the team had been using for many years was being discontinued. With the large volume of maps the team is responsible for producing, the artists needed a replacement that would require only minimal training and complement their existing hardware and software for easy implementation. Also, the new software had to help them continue to create eye-catching graphics and images with more accurate data.

The graphic news team was a long-time user of ArcGIS Online, a cloud-based platform service for creating interactive maps and analyzing and sharing data. As such, the team decided to beta test a new ArcGIS Online extension called ArcGIS® Maps for Adobe® Creative Cloud®.  An extension that helps users design and work with data-driven maps inside Adobe Illustrator and Photoshop.

During testing, the graphic news team worked with Esri staff to learn how to implement the product as well as create additional graphics such as scale bars. Esri also provided free instructional webinars on more advanced Maps for Adobe Creative Cloud workflows.

"As the product keeps advancing, there [were] new things that we needed to learn to be able to use it. So, we have really enjoyed the educational component," says Emily Eng, news graphic artist for The Seattle Times.

"These two points made it really fit what we need and what we're currently working with," says Mark Nowlin, news graphic artist for The Seattle Times.

The software is used on illustrations for a range of stories—for example, locator maps for breaking news or larger enterprise pieces where data mapping is required.

The implementation of ArcGIS Maps for Adobe Creative Cloud was fairly straightforward. Nowlin explains that because it was just an extension, not an entirely new software program or product, the training required was minimal.

Eng echoes this observation, noting that of all the mapping software she's ever used, she sees this one as being the easiest to learn, especially if the users (whether full-time staff or interns) are already familiar with Adobe Illustrator. "Also, being able to pull this tool into Illustrator and manipulate maps and images with styles and colors is much easier [with ArcGIS Maps for Adobe Creative Cloud]," Eng says. "It's not as daunting as other programs."

Seattle Times maps created to bring awareness towards the Profanity Peak pack back in 2016.

The graphic news team now has increased capabilities with ArcGIS Maps for Adobe Creative Cloud, such as the ability to include different types of details in their maps. The team can incorporate things like real-time street maps, and the artists have access to plug-ins for data such as topography, bathymetry, and hydrology. This allows them to integrate a variety of data sources into their maps and graphics.

According to Nowlin, the data they now have access to with ArcGIS Maps for Adobe Creative Cloud is higher quality and more accurate than what they previously used. "We're getting much more up-to-date information so that when we're creating maps, we're not having to add anything in to bring it up-to-date," he explains. "We're pretty much working on real-time data now."

He adds, "Basically, for anybody that has a dataset, we [are] able to use some plug-ins in to get the information that we need to complete the project. It's transformed how we do our work and how we can help other departments."

This solution has also streamlined day-to-day operations, saving time. The previous method involved using a database and a catalog of different shapefiles. Eng says this was time consuming because the team had to ensure that each piece of information was current. She says that having everything in one place, where up-to-the-minute information can be viewed immediately, is extremely helpful.

The maps created with ArcGIS Maps for Adobe Creative Cloud can be used for multiple projects, also improving efficiency. Nowlin explains that the artists no longer need to make new maps for each request because they can "create something that can fill multiple roles."

Nowlin says, "We now have a library of maps that can live on and we can build off of. We're saving ourselves time, effort, and energy by not having to duplicate work."

The response from other staff at The the Seattle Times has been extremely positive, and the graphic news team is looking forward to expanding the use of ArcGIS Maps for Adobe Creative Cloud. This includes the incorporation of satellite imagery and as well as animation that allows users to zoom in and out of specific areas on a map.

With a laugh, Nowlin says the team's workload has grown because people are seeing the results and realizing what is possible. "People seem pleased with the quality of work we're doing and the speed with which we're completing projects. It's been a game -changer for our team." 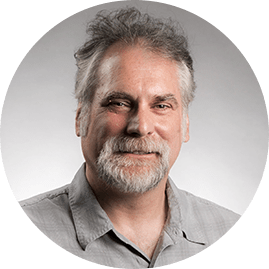 ArcGIS Maps for Adobe Creative Cloud is a powerful extension that has strengthened our data and graphics. It's truly allowed our visual storytelling to grow.

Download your own copy of ArcGIS Maps for Adobe Creative Cloud today.

Connect with the ArcGIS Maps for Adobe Creative Cloud team