The Nigeria power sector has been evolving steadily since 2005. Until then, one company provided generation, transmission, and distribution of electricity to the entire nation. Unbundled into the three sectors are 11 electricity distribution companies (DISCOs). Eko Electricity Distribution Plc. (EKEDP) is one of the companies.  By 2013 EKEDP was privatized. It covers the license area of the Eko zone, a densely populated area, which consists of the southern part of Lagos state and Agbara in Ogun state. It serves over 600,000 commercial and residential customers.

The equipment and business processes desperately needed modernization. Most were outdated. Since privatization, EKEDP set out on a mission to upgrade the supply of electricity and its operational processes.

One of the major challenges that EKEDP faced after being privatized was the absence of good data. The company lacked accurate records of its electrical assets and locations. Perhaps the most difficult challenge was the scarcity of good data about customers' electricity consumption, which created operational difficulties. However, the company's most significant challenge was reducing its Aggregate Technical, Commercial, and Collection (ATC&C) losses. In 2015, it only accounted for 65 percent of the energy delivered from its electrical substations.

There are three components of those losses. The first is technical or heating loss, which was higher than expected at EKEDP. Lack of good network information made it impossible to track down the source of excessive technical losses. The second is commercial loss, which involves the inaccuracy in the measurement of a customer's usage. The practice for years was to estimate energy use. Since data was insufficient, estimated use (and thus bills) was often wrong, resulting in significant customer dissatisfaction. In addition, old mechanical meters were inaccurate, and many customers did not even have meters. The third is collection loss, consisting of two factors. First, whether the electric bill was accurate or not, many of EKEDP's customers did not pay their bills. Secondly, other customers who had meters tampered with them, resulting in the theft of energy.

EKEDP has set an aggressive goal of dropping its losses from a high of 35 percent to under 10 percent over the next half a decade. Since privatization, EKEDP has made substantial strides by implementing data decision-making tools, one of them being a modern geographic information system (GIS). It formed the foundation to improve all three losses. Since the company did not have accurate paper records and maps, staff had to create them from scratch using Esri's ArcGIS Collector and ArcGIS Survey123. The company then leveraged Schneider Electric's ArcFM built on ArcGIS to edit and manage its data. ArcGIS Dashboards was used to monitor staff progress in the data collection processes. They later migrated to Esri's ArcGIS Field Maps for their field data collection.

With this framework, the company crafted a project to aggressively lower its losses. Staff analyzed the electrical network to uncover likely areas of excessive technical losses. They discovered sections of cables that were undersized. With the aid of ArcGIS, they carried out a comprehensive feeder route length analysis that enabled the company to attain optimal routing of its overhead network lines and underground cables within the shortest physical distance and at minimal cost. Overloaded transformers, which created excessive heat, were also uncovered and later relieved. Location technology and solid data collection practices helped pinpoint likely culprits.

The long-term solution for all customers is smart meters, whether they are pre- or postpaid meters. However, as in most parts of the world, this will take substantial resources. In the shorter term, EKEDP implemented an innovative approach to improve the processes. The field marketers' practice was to measure the energy supplied by the transformers and manually allocate the energy to the individual customers. However, since some customers either had prepaid meters, no meters, or old and inaccurate meters, the field marketers needed better data. In addition, before GIS, transformers were moved from one location to another. Therefore, the relationship of the customer to the transformer was unclear, so the allocation of energy to an individual customer was time-consuming and inaccurate. Calling on Esri's field solutions, the field marketers collected the correct transformer and meter information. This data was then included in their GIS, which resulted in significantly improved billing accuracy.

Customers do not pay their electric bills for a variety of reasons. Some either cannot afford to pay, feel that electricity should be provided by the government, or are upset about incorrect bills and refuse to pay. Getting accurate bills to customers builds trust, and EKEDP's project is intended to build that trust by assuring that customers get correct bills. GIS can also help to identify areas of extreme poverty where customers cannot pay and for siting of cash offices in strategic locations for collection optimization. Without these analytics, the company would be in the dark about its collection issues.

The company also used GIS to pinpoint where it became apparent consumption suddenly dropped. As a result, it can better manage resources to send investigators to areas of suspected energy theft. 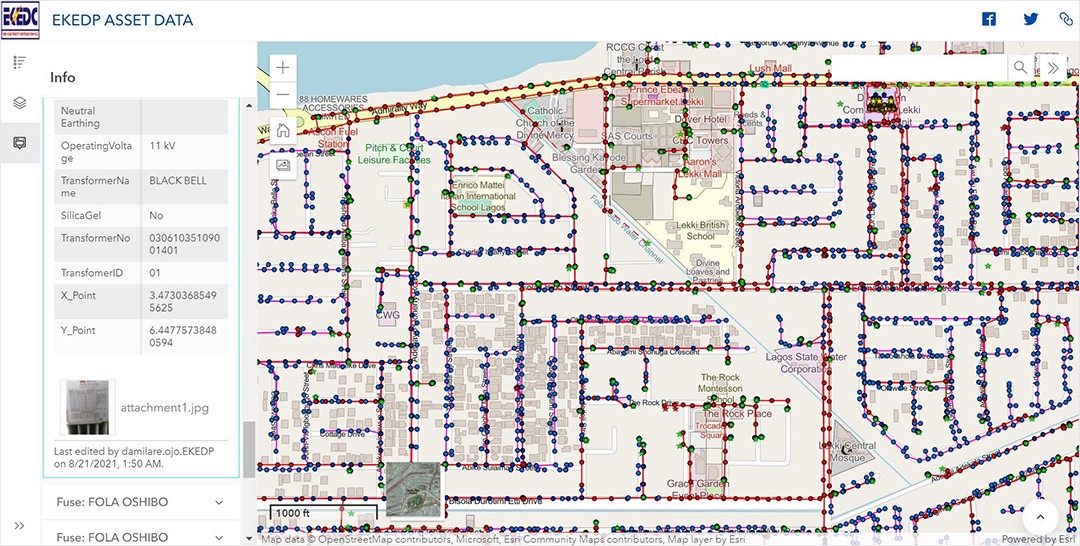 By creating a comprehensive GIS and implementing innovative analytics, EKEDP is steadily reducing its losses. Losses now have been reduced by 5 percent, even during the COVID-19 pandemic when collection losses skyrocketed.

With EKEDP's now accurate GIS, marketers (Eko Field Representatives) with the collector/field map application track all the distribution transformer assets in each feeder starting from the source of the feeder at the substation to the termination point. Then all the distribution transformers were matched correctly with their respective meter assets for a proper energy audit.

With GIS, EKEDP will now have the data infrastructure to tackle its grid modernization efforts, including a complete rollout of smart meters. 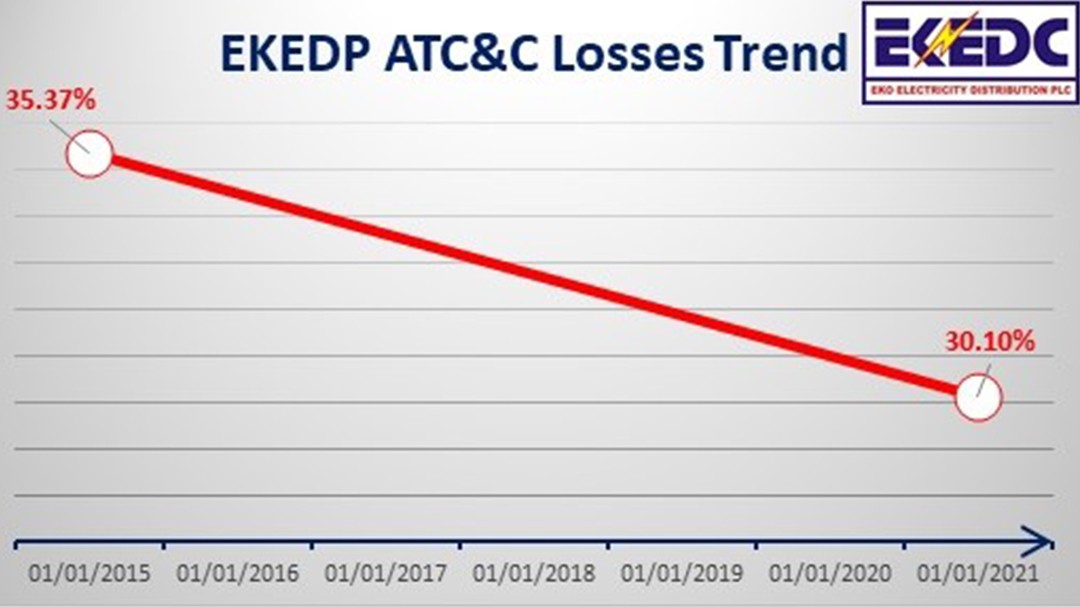 "The GIS made it possible to account for the energy distributed and consumed, ensuring accurate billing [for our customers and] increasing our billing efficiency, which resulted in increased collection. GIS also helped us discover cases of burnt meters and energy theft."