ESO is one of the largest energy companies in the Baltics. It distributes gas and electricity to 1.8 million customers throughout Lithuania. Esri's ArcGIS tools are used daily by over 600 company employees. ESO continuously updates data on its networks, managing existing and new facilities and organizing investments and repairs.

From 1940 to 1991, Lithuania was controlled by the former Soviet Union (with a brief occupation by Germany during the Second World War). As a result, processes were burdened by overly bureaucratic practices. ESO and its predecessor companies have been on a continuous course of improvement, attempting to shed the inefficient processes of the past. However, resistance to change can be strong. The extensive use of paper maps and forms still survived into the twenty-first century. The digitization of the network started in 2005 and accelerated from 2009 to 2012

"Even with the introduction of digital technology, many employees still had the attitude, 'In case the system doesn't work, I still have my paper.'"

The challenge for ESO was to create a digital transformation culture that would win the hearts and minds of employees steeped in the past. As a result of the strong paper process culture, the company lagged in making new customer connections. Data quality was lacking. Fixing and reporting defects in the field was overly burdensome and ineffective. 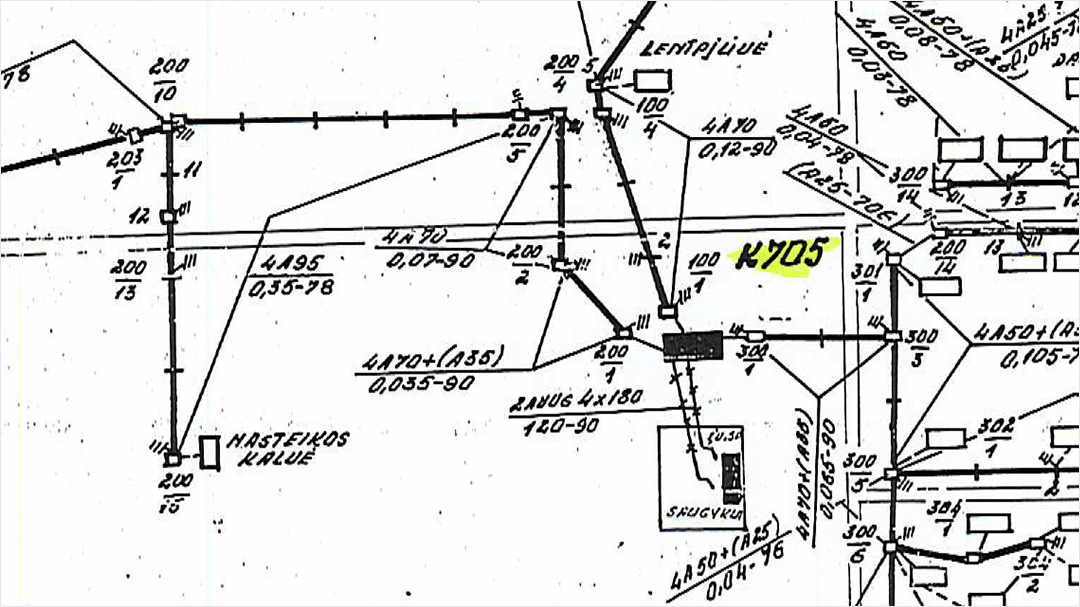 ESO implemented a geographic information system (GIS) portal and ArcGIS Utility Network based on ArcGIS Enterprise to meet these challenges. This led to a quantum leap in situational awareness at all company levels. More importantly, it opened employees' eyes to the new ways of working. They saw such significant improvements that adoption and buy-in accelerated. They could finally tear up their old paper maps, forms, documents, and notes.

Web pages were created with ArcGIS Enterprise Sites to keep all content in one place and share data with colleagues. Any user could reach maps and dashboards customized to meet different departments' needs.

The staff at ESO developed much of the system with the help of the local Ignitis Group Service Company and Esri distributor, Hnit-Baltic. The distributor provided consultation, configurations, and training during the data model development, migration of the data, and app rollout to the users. 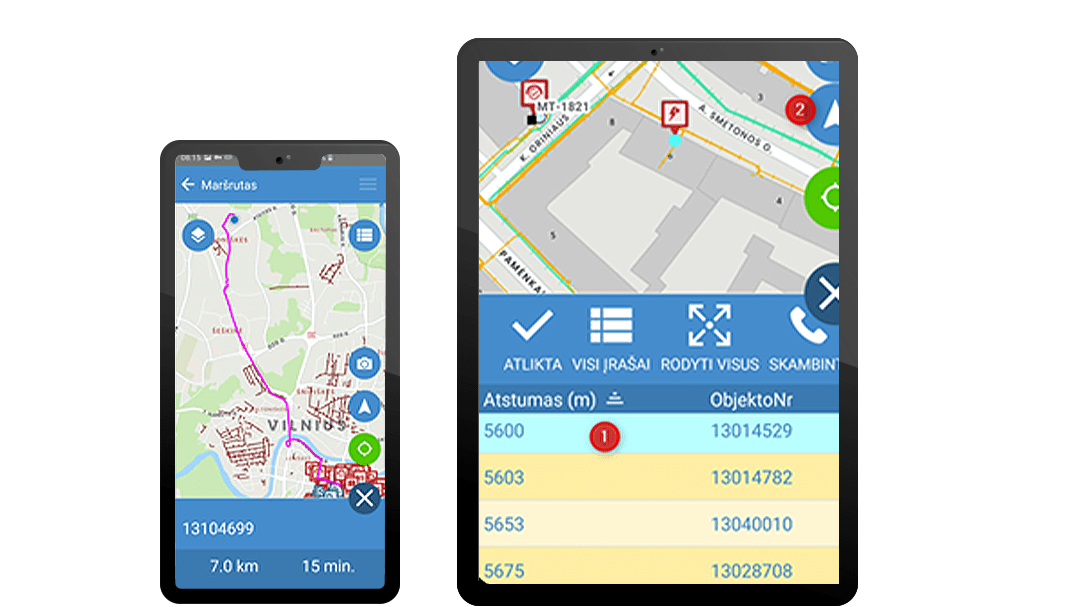 ESO replaced all paper in the field with tablets while eliminating all paper-based processes in the office. In addition, ESO created customized maps for network quality assessment.

One of the most significant results of the digital transformation was the implementation of self-service for new customer connections. Customers can request new service, pay fees, see the progress of their requests, and interact with ESO without having to make appointments or even leave their homes or businesses. Inspection staff assesses the state of the network and enters data immediately in the field, via mobile solutions. One of the impacts of the COVID-19 pandemic was to accelerate these improvements.

ESO's actions cemented the notion that change would dramatically improve efficiency,  service connections, and customer satisfaction. One of the ESO issues was the long time it took from when a customer requested gas service to when the service was installed. The GIS portal, mobility solutions, and integration with work management led to a reduction—by an order of magnitude—in the time it took for customers to get service. What followed was a substantial increase in customer satisfaction. Ironically, service quality increased at the same time that employee counts dropped by well over half. The system lowered costs and improved customer service. In addition, since field data errors were discovered due to the implementation of mobile devices, the safety of employees and the public has been improved.

ESO's developments contributed to raising Lithuania's competitiveness rating.  It climbed 11 positions, from 26th to 15th place-largely due to ESO's simplified electricity connection conditions-in the Doing Business 2020 rankings, published by the World Bank, compared to the country's ranking in 2019. 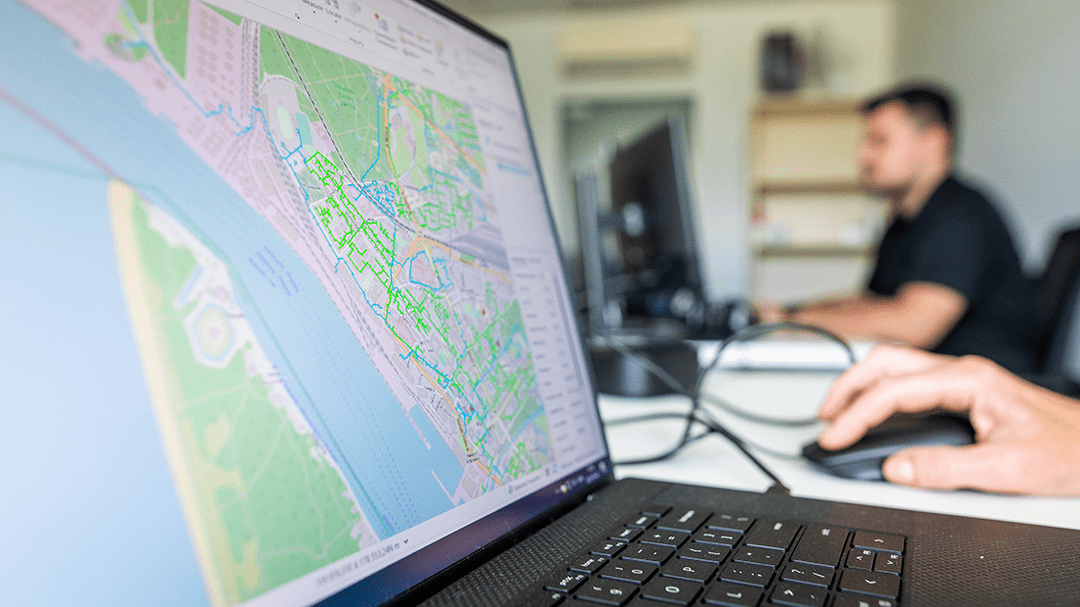 ESO is in the process of migrating its electric utility GIS to ArcGIS Utility Network. Bouts of severe weather can take their toll on the electric system. Modernizing ESO's technology with the GIS at its heart will improve data quality and speed up identifying the location of equipment failures. ESO is implementing the international standard of the Common Information Model, (CIM) to integrate GIS with the company's advanced distribution management and network planning systems. This will lower outage time and decrease the number of outage events. This modernization will also improve the overall planning process.

ESO is well on its way in its journey from the old bureaucratic ways to new practices for achieving excellence. "Today, without the GIS tool, our activities would be difficult to implement. Thanks to the modernization of ESO information systems, engineers can plan the necessary investments and network maintenance work more quickly and plan the connection of new customers faster."

Fill out the form below and someone will get in contact with you.