During the primary elections in June 2020, some of Georgia's state polling locations experienced difficulties operating new equipment. Some counties also had trouble employing their backup plans, dictating alternative methods to allow residents to submit their votes. The delays resulted in a poor voter experience—with some residents waiting in line for hours to cast their ballots.

The Elections Division of Georgia's Secretary of State's office, which provides the election equipment, system, and rules for all county, state, and federal election activity, wanted to ensure that these issues did not present a problem in the future.

When state officials looked into the cause of the primary election difficulty, they found the lack of a precinct monitoring system to be problematic. County elections officials had to manually input each time a poll worker reported urgent issues with voting equipment. This meant county and state election officials had little visibility into what was happening at the polling places—including how many technical problems were affecting voter wait times. Without real-time situational awareness, officials could not dispatch equipment technicians where they were needed most to help get lines moving again.

"[The elections on] June 9 reignited the discussions we'd already begun to have, because we wanted to put this tool in place, knowing we were going to have issues with some counties and trying to find a solution to help them be successful—so that every voter in the state can have an easy and smooth voting experience regardless of ZIP code," said Gabriel Sterling, the statewide voting system implementation manager at the Secretary of State's office.

Although the state elections office does not operate the elections, it is accountable when the voting process falters in any way.

"When you have to make decisions quickly, information is key. So, [by getting] the right information [faster] . . . it's going to allow us to be able to really make the best decisions, to have the best impact on the most voters at any given time," continued Sterling.

According to Sterling, the two central challenges he believed GIS technology could help Georgia overcome were response to technical problems with voting equipment and wait time management.

GIS could provide a common operating picture showing the nature and location of every reported equipment issue, where technical experts were dispatched, and a real-time tracking of resolution along with impacted voter wait times.

The state's legacy system had not been equipped to adequately capture and convey critical communications from precinct workers to the central county elections office. In June, those workers were calling in every technical issue they were encountering, inundating the central office's phone lines and overwhelming elections officials trying to track the reports.

"Unless you have a visualized dashboard to let you rationalize, triage, and start addressing things quickly, you lose precious time. So, [by] having the ability to look at things in a visual way and then be able to prioritize and triage issues and deploy the necessary resources quickly, it's going to help us to get those lines moving," said Sterling.

The team chose Esri's election solutions from its ArcGIS Solutions for Local Government, which includes a collection of maps and apps for reporting wait times, managing voting center or polling place requests, monitoring Election Day performance, and gauging voter sentiment. It was the first introduction of a statewide application of its kind in Georgia.

"This is the first time we're going to be using [GIS technology], essentially attacking two issues with one platform. One is to be able to deploy technicians or elections experts to areas where there might be [equipment] problems in an efficient way," said Sterling. "Secondarily . . . at the polling locations, wait times [can be entered] so that both the county level and the state level [election officials] can have a better visualized understanding of what's happening on the ground in real time." 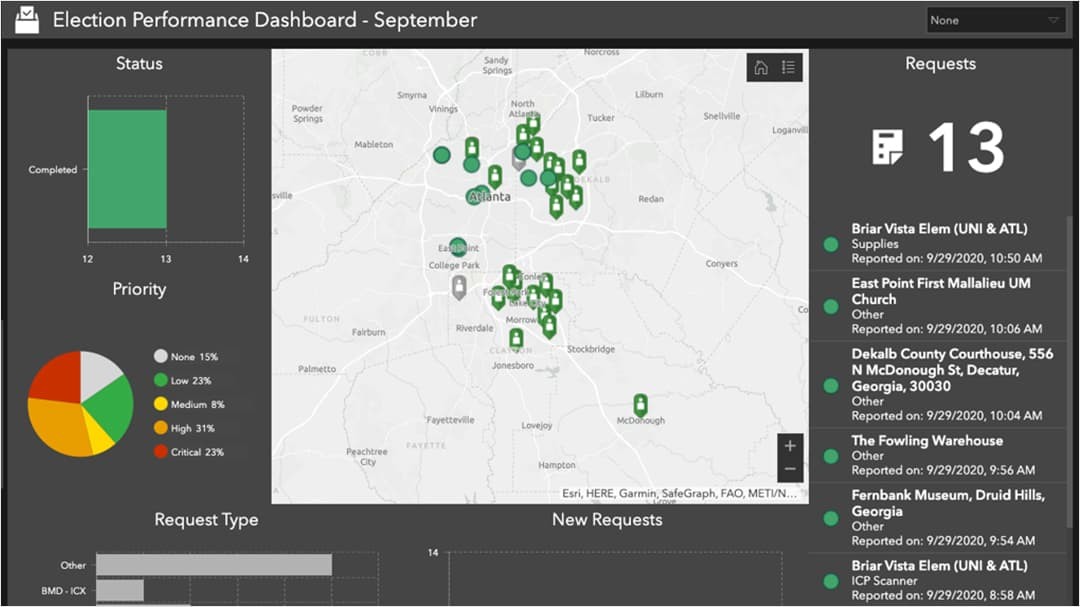 The election performance dashboard helps staff from the Secretary of State’s office monitor the overall status of the assistance requests each voting location submits. Here you can see which types of requests are being submitted along with their priority level.

Staff from the Secretary of State's office worked with partners at the county boards of elections to establish the road map to launch their new GIS dashboard application. The Report Wait Time and Monitor Election Performance applications were configured with Esri's ArcGIS Web AppBuilder.

Time was of the essence, as there were just 12 days between Georgia's adoption of ArcGIS and the runoff primary on August 11, which would serve as a testing ground for the new monitoring technology.

A team from Esri immediately began to work on standing up the new platform, in collaboration with the Secretary of State's office and county elections personnel, determining the requirements, data integrations, workflows, and responsibilities for the project.

Together, they deployed the Election Performance Dashboard just in time for the state's runoff primary. The pilot program, which used ArcGIS to monitor 35 county precincts during the runoff primary, was considered a game changer by Secretary of State Raffensperger.

"The deployment [of the operations dashboard] was extremely successful. The Report Wait Time app had data coming in, which we saw," said Sterling. "We saw that [the system] worked. The information came through and was timely." 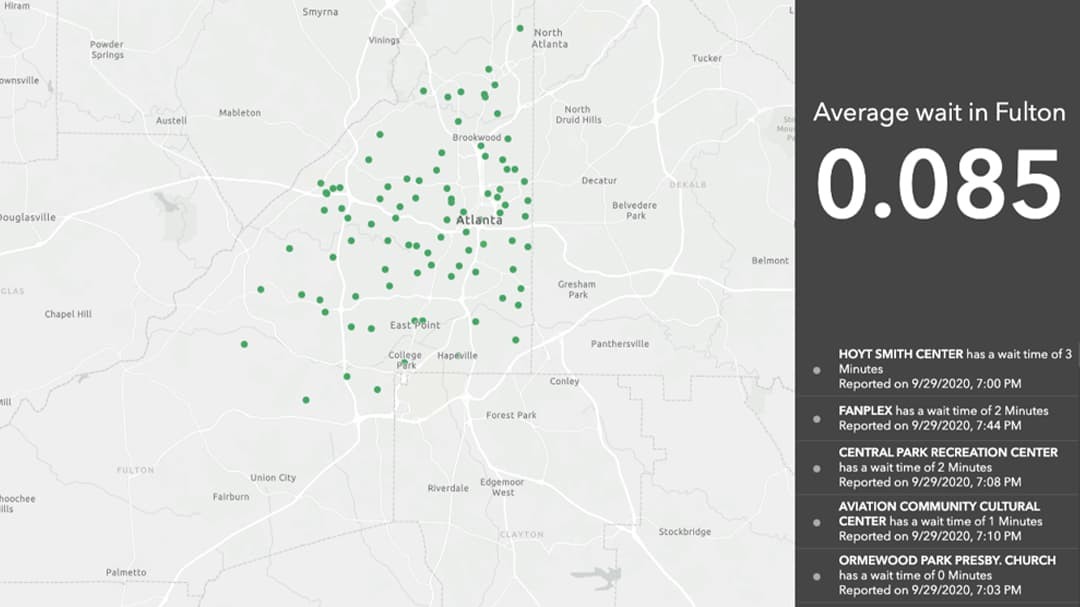 Here is the Report Wait Time app, where staff could see at a glance the wait times of each voting location.

Prepared for a National Election

The resounding success of Georgia's election monitoring has set the stage for a full, statewide deployment of the Election Performance Dashboard for November's general election.

"The Secretary of State's office and many of our county elections directors are really excited to have the opportunity to use this new tool and add it to our toolbox—to provide a better user experience both for the voters and the poll and election workers," said Sterling.

A new level of situational awareness from the Election Performance Dashboard enables election officials to proactively respond to emerging equipment issues, with the advantage of real-time monitoring of voter wait times. If they see a spike in that data, they can now dispatch field tech experts to the polling location instead of waiting for problems to be reported by phone.

"Having a tool like the Esri election management [solution] is going to really . . . help the counties, because they're the ones on the ground doing the heroic work every day to try and make these elections successful, [making it possible for] a lot of residents to vote," said Sterling. 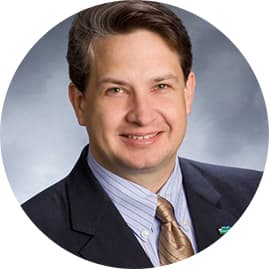 The Secretary of State's office and many of our county elections directors are really excited to have the opportunity to use this new tool and add it to our toolbox—to provide a better user experience both for the voters and the poll and election workers.

Leverage ArcGIS Solutions for your next election