In Sacramento, California, the 311 service logs around 500,000 different interactions per year—or one for every Sacramento resident. Since Sacramento launched the 311 service in 2008, officials have treated the system as a digital hub linking many city departments.

"It's the front door to Sacramento," says Maria MacGunigal, the city's chief information officer, "the highest touchpoint for all the interactions the city has with the community."

In 2013, soon after MacGunigal accepted the job of Sacramento's CIO, 311 was placed under her purview. "That isn't typical for a city's IT department," she says. "But the 311 system was struggling under heavy demand. So the whole unit was assigned to me to revamp the call center from an operational standpoint and also to provide it with appropriate technology."

Much of the challenge involved the ambitious scope of Sacramento's 311 program. If somebody uses Sacramento's 311 to report a stray dog, for instance, 311 logs the call and routes it through a system that sends a notification to animal control officers in the area. It also generates a ticket that provides automatic updates on the status of the problem.

"Most cities don't have that kind of back-end integration through all those business lines," she explains. "It doesn't have nearly as much of an impact on the community if we're just taking notes and handing off the requests."

There was also the matter of integrating GIS. "From a technical perspective, 311 has always had a strong integration with GIS in Sacramento," says Dara O'Beirne, Sacramento's GIS developer. In the past, he explains, GIS was mainly used as part of the 311 system's back end rather than its user interface.

And the city had to do it quickly, mindful that this was all taking place during a stay-at-home order 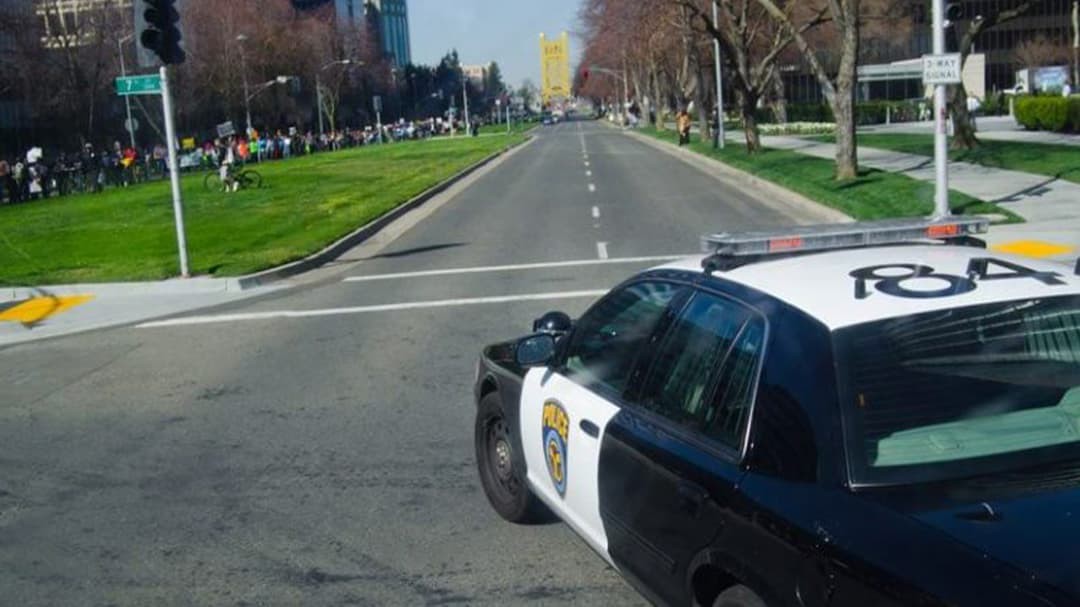 As the state capitol, Sacramento citizens often contend with demonstrations. The 311 app contains details that allow citizens to navigate all manner of disruptions.

MacGunigal and her team implemented a solution that continued to use GIS as a key part of the system's back end while also making it the core of the user interface. Salesforce customer relationship management software (CRM) connects to a server running ArcGIS, the GIS software platform engineered by Esri.

The Salesforce software also integrates with GIS maps provided by Esri's cloud-based ArcGIS Online. "We now have data from GIS maps and layers, and we take the Salesforce data and start building dashboards around it," explains Ivan Castellanos, Sacramento's 311 manager. "There's even more value in the data now because it can be used to help various city departments drive their strategies and make data-driven decisions." 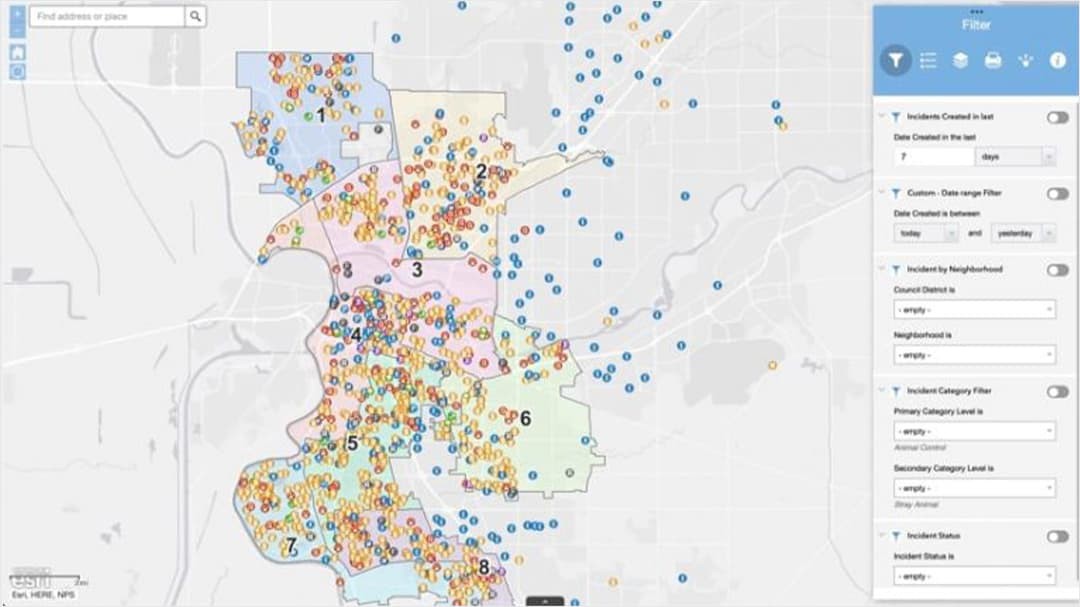 A map-view displays all manner of 311 service requests.

The technical solution for Sacramento's 311 was put to the test by the timing of its implementation. When California's governor, Gavin Newsom, issued the state's first stay-at-home order in response to the COVID-19 crisis, MacGunigal and her team were nearing the end of several months of planning for the 311 transition. After all the work they'd put in, was the effort to push the project over the finish line while the team was scattered worth jeopardizing it?

MacGunigal chose to power through. The new 311 debuted on April 15, 2020, a mere month behind schedule. All feedback suggested that any hiccups, inevitable in this kind of launch, were minor.

The new technology worked so well that the team was able to surmount an unforeseen hurdle. Operators trained to answer calls in the 311 call center were among city employees who had been sent home. In addition to launching the new system remotely, the team also had to figure out how to make the 311 call center function remotely.

"It's not unheard of in the private sector to have call centers that have a lot of distributed locations, whether that's at people's homes or just multiple locations for call taking, but we're one of the first public agencies to have a mostly remote call center," MacGunigal says. "Everyone was remote—the development team, the GIS team, the infrastructure team—and we pulled it off without a hitch. So that was pretty awesome."

It's not unheard of in the private sector to have call centers that have a lot of distributed locations, whether that's at people's homes or just multiple locations for call- taking, but we're one of the first public agencies to have a mostly remote call center. Everyone was remote—the development team, the GIS team, the infrastructure team—and we pulled it off without a hitch. So that was pretty awesome.

Discover the many ways that cities use GIS