Creating a Common Operating Picture with the help of ArcGIS Survey123

As part of an ongoing goal to create a globally efficient response system, OSRL turned internally to find areas for improvement across people, processes, workflows, data systems, and best practices.

While rare, large oil spills can be catastrophic, so OSRL must be prepared to respond quickly and effectively at all times. If a spill occurs, OSRL decision-makers need a comprehensive picture to ensure deployment of personnel and equipment, from any of its twelve global locations to the spill site/response coordination hub location within a matter of hours. Many factors need to be considered and decisions made quickly regarding  environmental, wildlife, and economic impact, protection of ecological resources, inland response, and potential shoreline cleanup. All these issues are factored through OSRL’s Emergency Operation Centre (EOC) where decision-makers can gain critical situational awareness and prepare the necessary response measures. 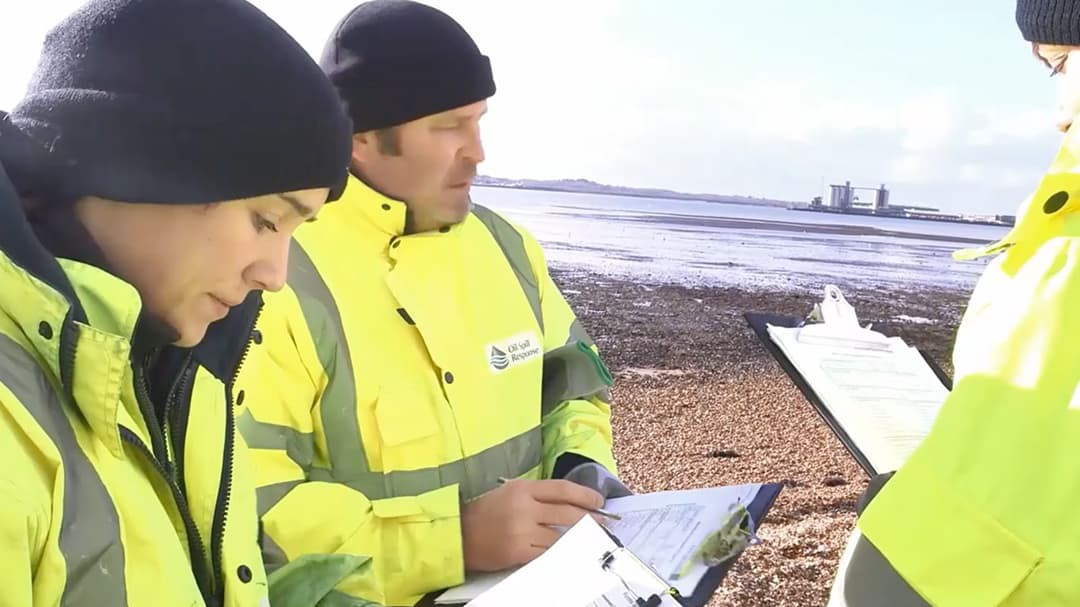 Paper-based fieldwork forms and surveys resulted in workflow delays transferring the information into the EOC. The old systems also restricted the ability to see the full picture from the field. Intending to create both streamlined field processes and better situational awareness, OSRL sought to digitize its various field data collection channels.

Leading the transition from paper forms to digital apps was Liam Harrington-Missin, Innovation Technology Lead at OSRL. Harrington-Missin sought to ensure the new system was accessible to everyone and didn’t create any additional paperwork in the process.

“What we were effectively doing was removing ourselves as much as possible from pen and paper and moving to a 'digital by default' mentality using tablets, mobile apps, and digital screens,” says Harrington-Missin.

The digital version provides universal access and feeds data into OSRL’s Microsoft Office 365 and ArcGIS Online databases, where it can be transformed into digital dashboards and reports. ArcGIS Survey123 also provides field capabilities to streamline data entry including hiding irrelevant questions, audio recording tools, and the ability to pinpoint locations on web maps.

“These changes made information faster to file, easier to search and ultimately easier to spot trends,” continues Harrington-Missin.

Next, Harrington-Missin turned to the issue of aerial surveillance, knowing the impact it has in the first few days of an oil spill when typically, there is little ground reconnaissance information available.

“Quick aerial surveillance is a high-pressured service that has to work. If it doesn't, not only does it cause responders a great amount of stress to fix it, but it delays critical information needed all the way to the top levels of decision-making,” says Harrington-Missin. “So, we are experimenting with ArcGIS QuickCapture and ArcGIS Survey123 as a starting point. Then we bring on ArcGIS and various Esri tools to use them side-by-side to enable flexible and chained field workflows.”

For Harrington-Missin, a factor in successfully updating aerial surveillance information is ensuring the app is easy to use and doesn’t distract the observer from the task at hand.

“Our observer needs to be looking out the window more than at the app,” says Harrington-Missin. “That means the app needs to be incredibly streamlined and easy to use, with big buttons, etc.” 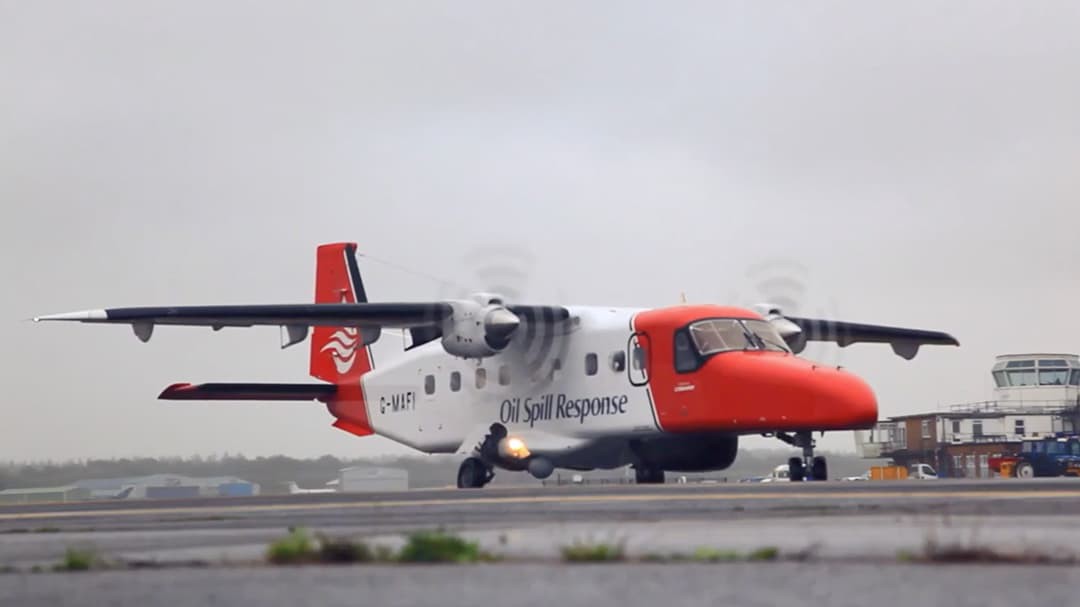 Harrington-Missin and the team at OSRL are on course to achieve their immediate digitalization goals. Additionally, OSRL’s digital changes helped streamline field processes and created a more comprehensive situational awareness. But for Harrington-Missin, this is just one step in a continued global strategy going forward.

“The goal here isn’t just to make OSRL’s response efforts more efficient, I want to help ensure that the oil response  practice as a whole is more efficient,” says Harrington-Missin. “This calls for a different strategy requiring greater collaboration across the industry and a movement of GIS experts supporting the oil and gas sector.”

OSRL represents around two-thirds of the offshore energy operators in the world, equating to about 170 organizations varying in size, with roughly 80 percent already using Esri technology. Looking towards the future, Harrington-Missin hopes to rekindle conversations around a common operating picture and platform for oil spill response across the industry. The goal moving forward is to work with members of OSRL to share ready-made oil spill tools, provide access to both OSRL and Esri response teams, and create an open and collaborative global common operating picture/platform. 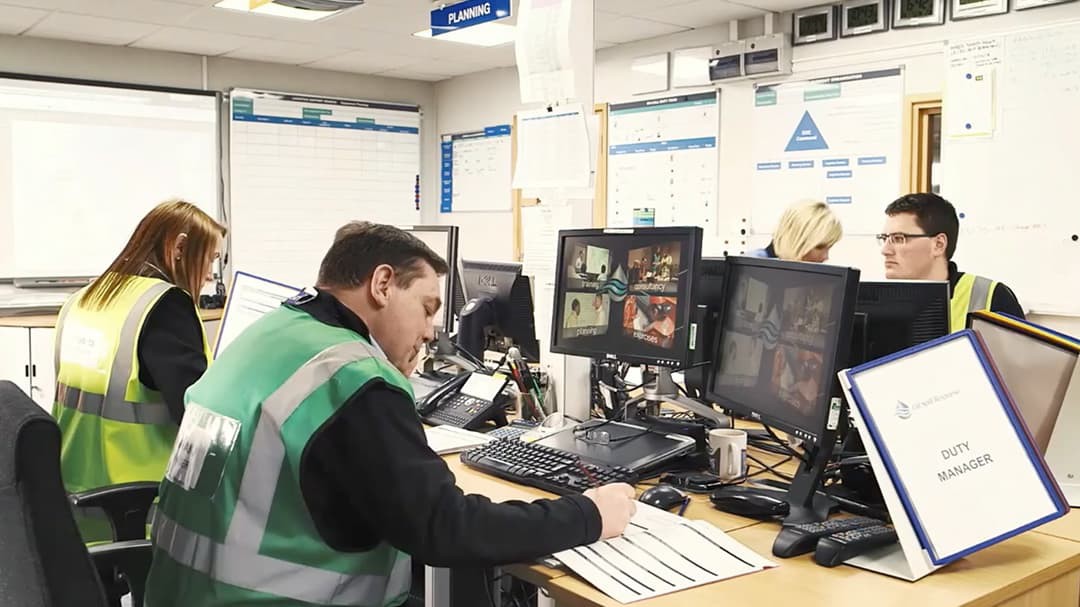 Emergency Operation Centre staff incorporates a 'digital by default' mentality and has a goal to operate under a global and open operating platform.

When it comes down to it, OSRL is not just serving our members; we are serving oil spill response as a practice. Therefore, we are trying to create a public domain with the tools, practices, and data to truly make a common operating platform for all.

Learn how Esri advances the oil and gas industry