Wood Rodgers is working with the City of Las Vegas on a multiphase project to evaluate intersections and corridors having the highest number of crashes and highest crash rates.

Wood Rodgers is currently working on exciting transportation projects for the City of Las Vegas. The first project, the Citywide Intersection Crash Mitigation Program, was developed to identify intersections with the highest number of crashes and the highest crash rates, with a particular focus on intersections that were the site of fatal vehicle-pedestrian crashes. The first phase of the program, which was recently finalized, utilized the Federal Highway Administration's (FHWA) systemic approach to develop countermeasures within future intersection and traffic operations improvements to prevent fatalities and serious injuries and reach the goal of the city's Vision Zero action plan. The program is also helping the City of Las Vegas secure federal funding that is paramount during the COVID-19 pandemic.

The following is a glimpse at some of the figures Wood Rodgers produced for the program. Figure 7-1B shows the intersection—Durango Drive and Charleston Boulevard—for which crash data was compiled and broken down by age of driver, hour of day, day of the week, and month of the year. In addition, it includes factors such as lighting conditions, weather, crash type, and additional harmful events.

Scott Rickert, Senior Engineer at Wood Rodgers, explained how figure 7-1B was helpful in determining countermeasure recommendations for the program. "This figure illustrates the intersection of Durango Drive and Charleston Boulevard, which had a disproportionate number of angle collisions, which are largely caused by the permitted-left turns allowed at the intersection during the time of the program. Additionally, this figure helped identify the need to address hit-and-run crashes, which occurred frequently at the selected study intersections," said Rickert. 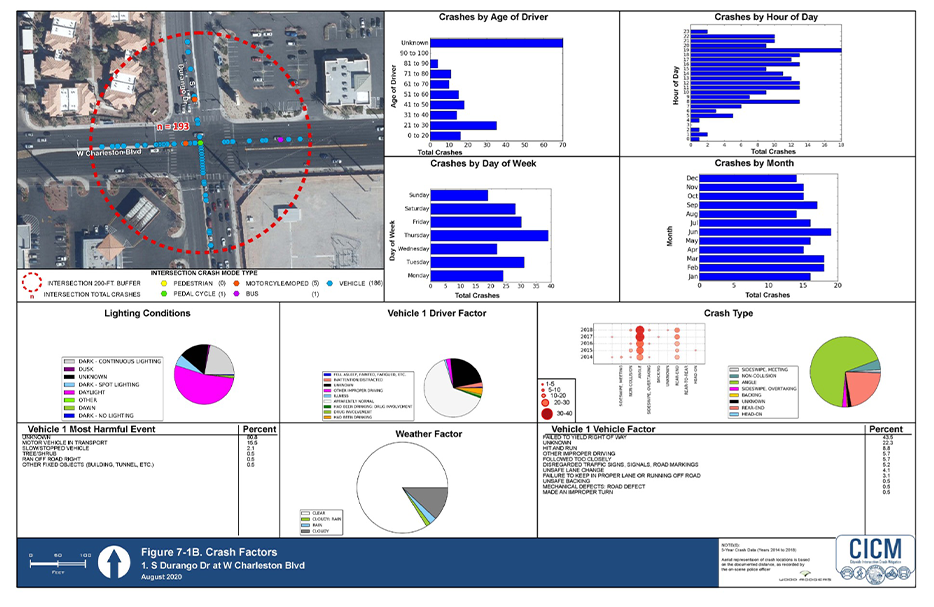 Figure 7-1B, Crash Factors at Durango Drive and Charleston Boulevard

Figure 7A summarizes the Benefit-Cost Ratio (BCR) for minor traffic signal, roadway, and pedestrian realm improvements. The BCRs are in present-value dollars and utilize FHWA's crash modification factors [per https://safety.fhwa.dot.gov/local_rural/training/fhwasa14083/cmf.pdf], capital cost, service life, crash prevention and crash costs to determine the benefit of acting on the countermeasure recommendations compared to the cost of implementing them. Any BCR greater than 1 is beneficial, and the higher the BCR value, the more beneficial the improvement.

Rickert stated, "This figure is helping the city determine which improvements will be most effective at reducing crashes and which improvements to implement first. Additionally, the BCR calculations are needed for some funding opportunities the city is applying for." 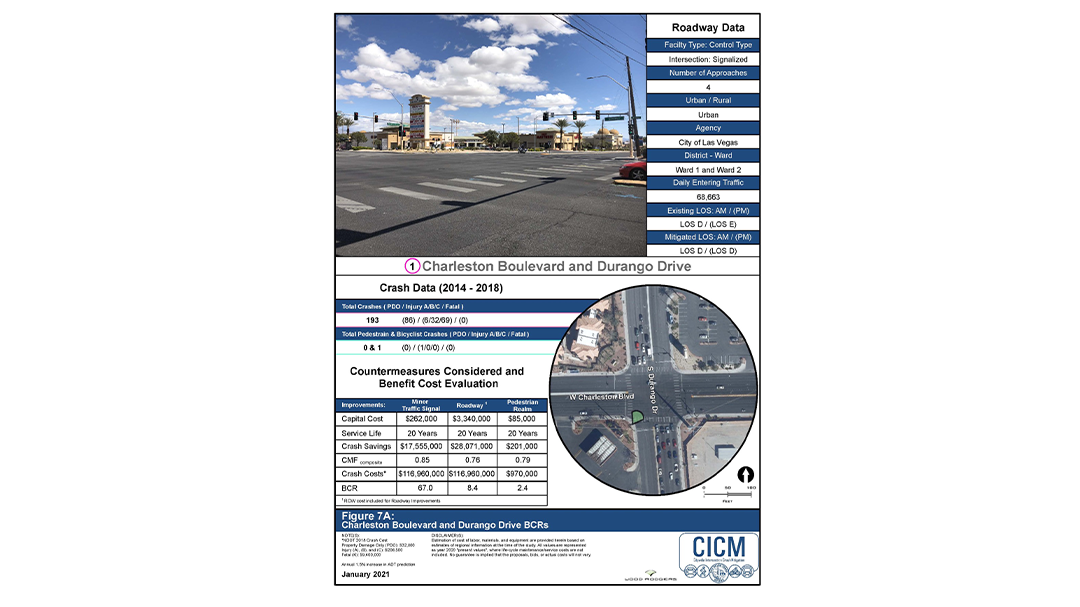 Figure 10A illustrates the existing conditions and recommended safety mitigation measures at the intersection of Durango Drive and Charleston Boulevard. The figure separates the improvements based on the signal system, roadway, and multimodal facilities. The mitigated improvements are a result of the concerns described in figure 7-1B, combined with the improvements in figure 7A, and offer a clear direction for upcoming city projects that address safety concerns at the intersections studied during the program. 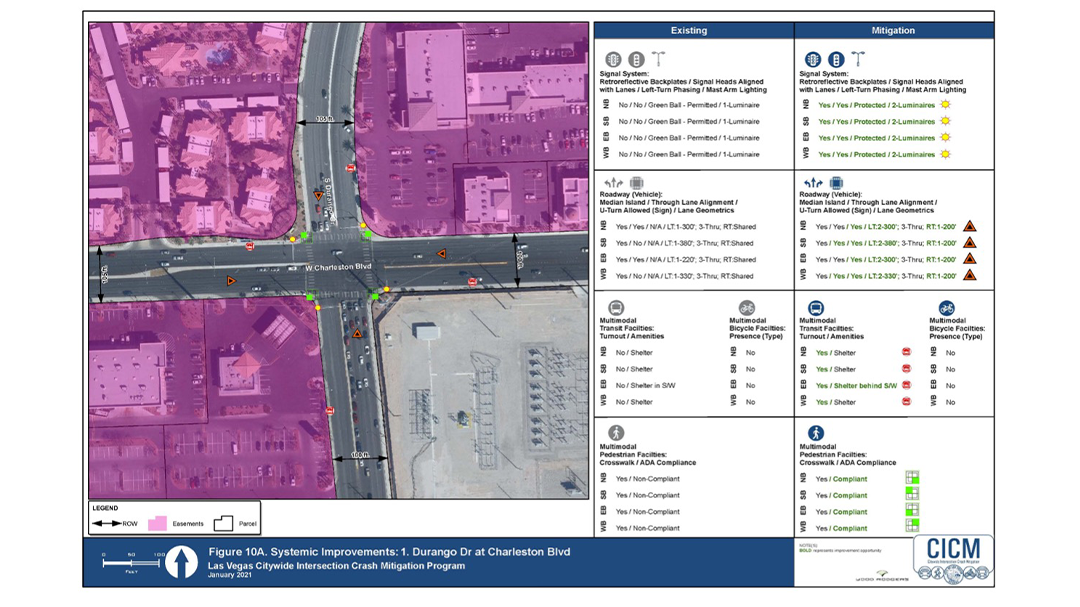 Figure 10A: Systemic Improvements at Durango Drive and Charleston Boulevard

One of the reasons the program was successful was the multidisciplinary collaboration of the Wood Rodgers geographic information system (GIS) staff and the Las Vegas Transportation Engineering division. The GIS Group at Wood Rodgers was instrumental in developing a script that took 57,945 crash data points from the Nevada Department of Transportation and categorized them into intersection and road segment locations. In addition, the GIS Group developed templates that highlighted the data in an easy-to-read infographic layout containing charts and figures relating to the crashes.

"By using cluster analysis and heat-map analysis functionality available in ArcGIS Pro, the city was able to select the 10 most suitable intersections for safety improvement analysis," commented Sheng Tan, Director of GIS at Wood Rodgers. "Additional data was collected in the field using ArcGIS Survey123 at the 10 selected intersections to identify and document the existing conditions of the intersections."

In addition, the GIS Group contributed to the success of this project by managing and analyzing large amounts of data, automating the presentation of the results of the analysis, and quickly sharing the presentation with the client and stakeholders from a centralized location.

Eric Ford, Project GIS Analyst at Wood Rodgers, explained how Python and Matplotlib, a charting module, were used to produce a series of maps with charts for easy understanding. "The first map series displays charts with 10 separate crash factors including time of day, day of week, day of month, age of driver, crash factors, type of crash, and crash type trend over time [figure 7-1B]. These charts helped stakeholders understand why the selected intersections had high crash rates. The second map series [figure 7A] depicts the BCR for each of the proposed improvements, which combines elements from the previous map series and the following map series to provide a summary of the findings for each of the intersections. The last map series [figure 10A] shows the potential safety improvements that can be made at the selected intersections, based on the data collected in the field to identify deficiencies and appropriate improvements, [displayed] in an easy-to-read tabular format," said Ford.

In addition, ArcGIS Online allowed Wood Rodgers to host various ArcGIS StoryMaps presentations, which were extremely well received by the city and other stakeholders throughout the Las Vegas Valley. The interactive StoryMaps stories allow meeting attendees to easily visualize areas of concern and help tell the story of the recommended improvements.

"We used StoryMaps on ArcGIS Online to share map figures and information with the client and stakeholders. As each step of the project was completed, the results were added to the project's [StoryMaps story], which created a comprehensive living document that the client and all stakeholders had immediate access to," Tan said.

Due to the success of the program, the city has tasked Wood Rodgers to develop the Vision Zero action plan as well as additional phases of the program. Vision Zero is an international campaign to eliminate all traffic fatalities and severe injuries while it increases safe, healthy, and equitable mobility for all. Wood Rodgers is looking forward to completing these next project phases with the city.

The figures and discussions in this article are preliminary and the final report will be posted on the city's website in spring 2021. For a recent update, see the city's blog, and be sure to follow the city on Twitter! 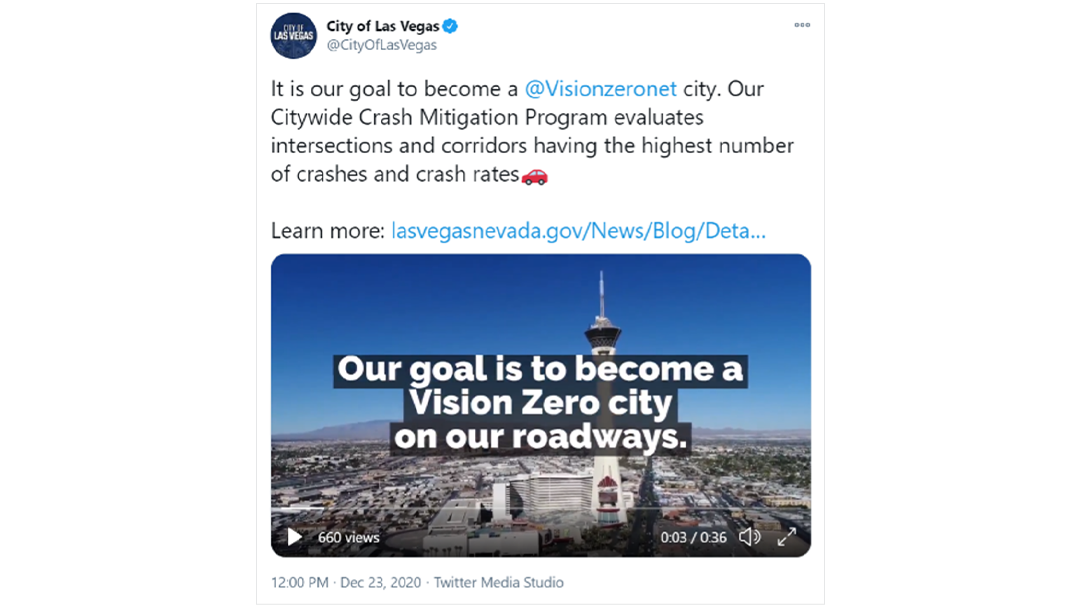 A Twitter Update from the City of Las Vegas on December 23, 2020

Wood Rodgers thanks the City of Las Vegas for the opportunity to work on the Citywide Intersection Crash Mitigation Program and Vision Zero Action Plan. We look forward to continue building relationships, one project at a time!

For help with any questions or to contact the Wood Rodgers Las Vegas team who worked on this project, email info@woodrodgers.com. For more on the GIS Group, check out its ArcGIS StoryMaps story.

GIS and geospatial analysis are powerful in putting together a plan that leaders can take on, and that is where these tools have been invaluable.