Result - Project status reports are created in minutes, and management has a high level of confidence in data accuracy.

Construction crews at MAWC were tracking work progress on paper forms and maps. Information was hand delivered to the engineering team to develop as-built documents and update GIS data. Inspection crews that needed to inspect new hydrants and valves before bringing them into service were notified of progress through word of mouth or slow-moving paper trails. Since around 50 projects were under construction at any given time, paper maps and forms were often misplaced, and calls were not always made on time. Because of these delays, hydrants remained out of service for extended periods of time. 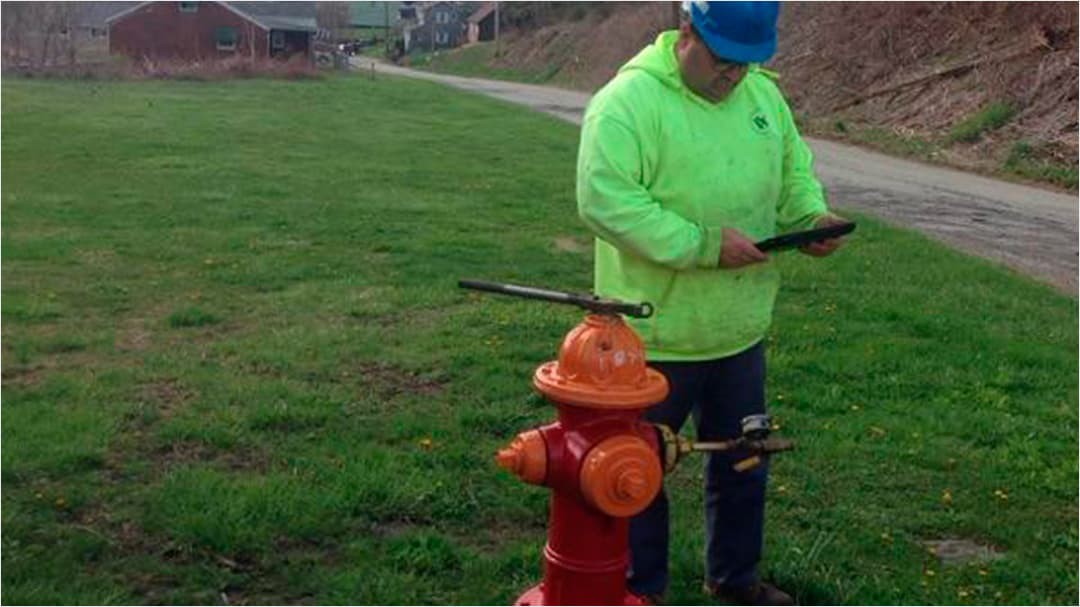 MAWC team members and Esri partner geographIT worked together to document each phase of the construction workflow process. The 16 phases identified were added as statuses in a polygon feature class, and ArcGIS Web AppBuilder was used to develop an app to update the status at each phase. The status data is displayed in a custom operations dashboard where MAWC staff can see the current status of each active or recently completed construction project. The As-Built On Map phase prompts inspection crews to inspect new assets and mark them as active. Projects with an As-Built On Map status of true and new hydrant/valve features also automatically appear on existing hydrant and valve inspection dashboards. Inspection crews use ArcGIS Collector to perform the inspections in the field. Once completed, the inspection status is updated in the GIS. The construction dashboard updates automatically, moving the project status to the next phase of work and removing the feature from the hydrant and valve dashboards. 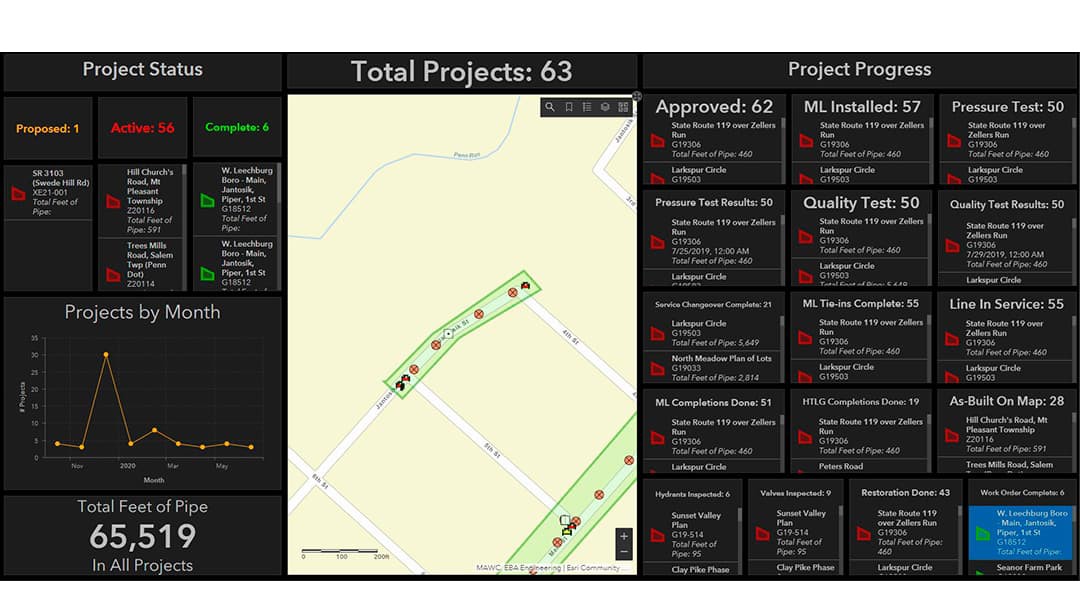 Construction Dashboard Displaying Project Status for Each Phase of Work

Implementing the construction application and dashboard has greatly improved communication of construction project status information. The process is much more efficient and accurate and no longer relies on word of mouth or a paper trail that could get lost on someone's desk. Hydrants no longer sit with bags over them for months and, on average, are coming online several weeks earlier than they did before the new processes were implemented. Internal project status reports are created in minutes, and management has a high level of confidence in data accuracy.

Implementation of Collector to capture hydrant inspection data has resulted in a 20 percent increase in the number of inspections that can be performed. This enables MAWC to meet its goal to inspect all 8,500 hydrants every two years—a goal that was often unmet in the past.

"Using my smartphone, I can view map locations of our customers, assets and monitor work activities. Our vision is becoming a reality."— Tom Ceraso, Assistant Manager, Municipal Authority of Westmoreland County

Having a well-planned GIS is essential to providing a common operating picture that empowers both end users and management to do more while keeping projects on task and status communicated.