In the last 30 years, White House Utility District (WHUD) has experienced exponential growth. The customer base alone has almost doubled in size, and the infrastructure has grown to meet the increased demand. The district has been able to manage that growth thanks to its early implementation of a geographic information system (GIS) that helped steer the district away from a reliance on institutional knowledge to practices built on having accurate and reliable spatial data.

Now, 27 years after first adopting the powerful geospatial tool, WHUD's use and reliance on GIS has grown at an equally rapid rate, touching every single department and benefiting the majority of district processes and workflows—everything from asset management and leak detection to customer service and billing. And through the years, a constant theme remained: There is always room to improve, and GIS was a means to help the district do so.

"At White House Utility District, we strive to serve our customers in everything we do," said Becky Brown, GIS administrator. "Internally, GIS supports the employees, while the utility as a whole serves the public. We endeavor to improve upon our daily operations, take an innovative approach to planning, and are constantly looking for ways to increase efficiency. Esri's suite of tools, along with the other software applications and technologies that the district uses that are integrated with Esri's platform, provide the district with the flexibility to continue to find innovative solutions so we can work smarter and more efficiently to serve our customers."

Up until 2019, WHUD's meter department was still relying heavily on institutional knowledge to guide meter reading routes. A team of seven meter technicians traveled the more than 600 square miles (that's about twice the size of New York City) every single month. Most would read the same routes from month to month, but when illness hit or vacations were taken, someone else would have to cover the route. With basic directional tools, like addresses and written meter directions such as "left of house," this is not an easy task given the massive, rural landscape and meters placed far off the beaten path. 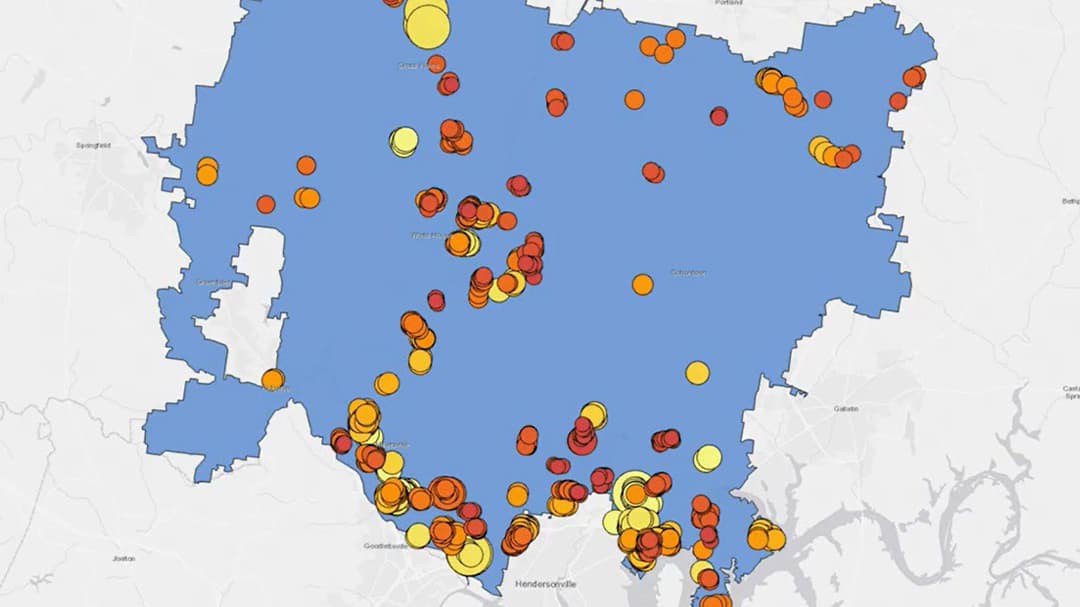 Click on the image to see how White House Utility District has grown since the early 1990s. The animation represents the number of meters over time.

Knowing WHUD's field crews had been using ArcGIS Collector for asset location, the meter department decided to follow suit and test Collector as a tool for improving the meter reading process. While Collector helped the meter technicians see where they were in relation to the meters, it didn't provide any real navigation support. In other words, they still had to actively decide where to turn while driving and watching the meter software to make sure readings were registering.

In 2019 at the Esri User Conference, Maureen Averill, WHUD's operations manager, attended a session on ArcGIS Navigator, a tool she had previously tested by creating routes for smaller tasks like service requests. Upon learning that Navigator would allow the addition of multiple stops along a route, Averill knew this was the next natural step in making meter reading more efficient.

"Reading a meter route comes with so many distractions," said Averill. "You have to pay attention to traffic in both directions, look for stops, monitor readings, and navigate the route. We had used Navigator to build in single stops, and it was very helpful. Adding multiple stops to create turn-by-turn directions for our meter techs was a game changer because it took away one of their biggest distractions—having to navigate."

In the coming months, Averill worked with the district's GIS department to create a map that would enable her to build custom stops along each reading route. These stops would enable the turn-by-turn directions, which now serve as a guide for the district's meter technicians. Each route was assigned a QR Code that the meter technician scans each morning prior to reading the route. Within minutes, the meter technicians have directions loaded onto their phone or iPad and can tackle any route—whether they've driven it 10 times or never before. 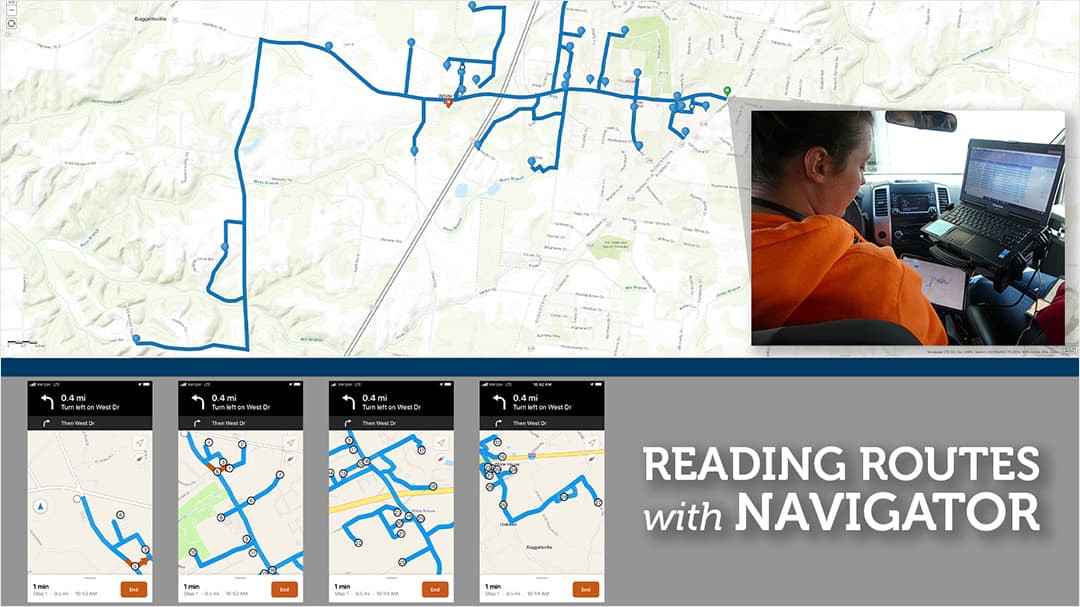 "Our district is so widespread, it's nearly impossible to memorize every single route," said Bethany Johnson, who's spent the last five years as a meter technician for WHUD. "And we make it a practice to rotate routes, so the same person doesn't have the same cumbersome, manual routes every month. Because we do this, it makes it even harder to remember every turn, every side street, every hidden meter. Having these Navigator maps has made it so much easier to read the route and see exactly what readings are coming in as we go. Where I might have spent an hour backtracking to get missed meters before Navigator, now I get everything in the first pass."

While implementation of Navigator as a routing tool is still in its infancy at the district, the benefits are already being felt, including the following:

To illustrate this last point of faster onboarding, WHUD sent two employees, neither of whom had ever read a meter route, out to read one of the district's trickier radio routes. That same route recently took a new meter technician three and a half hours to complete without Navigator. With Navigator, the rookie team, who had received minimal training, was able to read the route in two and a half hours, saving an hour of its workday. With 19 radio routes across the district, that translates to roughly 19 hours of time savings each month, or two and a half days. This reduces employee frustration and anxiety, as well as mistakes that inherently come with reading an unfamiliar route. 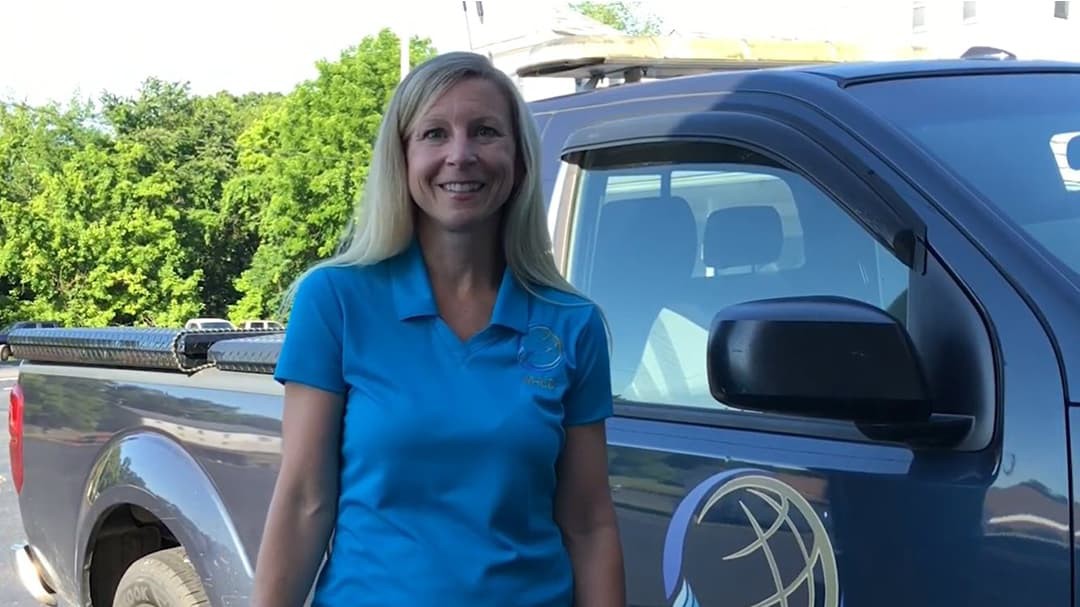 Noelle Mashburn, WHUD's director of communications, reads her first meter route using ArcGIS Navigator. Click on the photo to see how it went.

"Without Navigator, it definitely would have taken longer to complete this route," said Noelle Mashburn, WHUD's director of communications, who read her first route with Navigator as an aid. "We didn't have to do any preplanning in terms of studying a map and determining whether we should go west or north first, or in what order we should cover all the meters along the route—there are several out and backs. We literally downloaded the map, hopped in the truck, and left. It was that quick and that easy."

Because of the benefits realized from the use of the Navigator application, the district is now exploring additional opportunities to further expand its use. One feature that will soon be added is a custom basemap with meter labels so the meter techs can see exact locations for each meter, in addition to the street names. It will essentially create a powerful blend of Collector (street names and assets) and Navigator (meter stops). 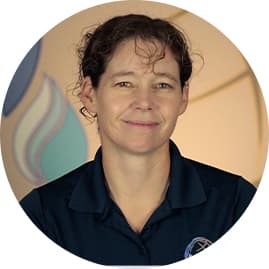 Adding multiple stops to create turn-by-turn directions for our meter techs was a game changer because it took away one of their biggest distractions—having to navigate.