Nestled in northern Delaware between Pennsylvania and New Jersey, the City of Wilmington Department of Public Works provides water, sewer, and stormwater services to over 70,000 residents. The department's 416.2 miles of active water network dates back to 1671, when Swedish colonist Tyman Stidham purchased a water plant adjoined to Brandywine Creek, an offshoot of the Delaware River. By 1810, the borough of Wilmington had taken over supplying residents with potable water. 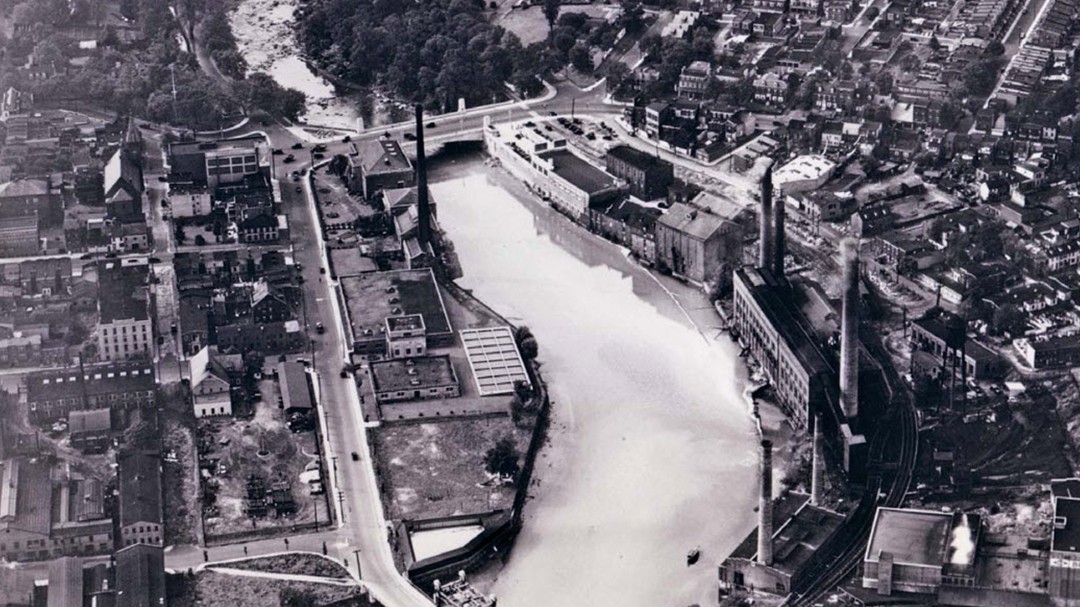 Above is an aerial view of the Brandywine water treatment plant in 1929. Click on the photo to read Wilmington's public water system story in From Creek to Tap.

In 2014, Wilmington contracted out the replacement of 1.9 miles of small-diameter water mains. The city has since replaced 4.65 additional miles across two subsequent contracts. During the replacement process, contractors are responsible for documenting installations and creating as-built drawings. But the adopted workflow involved a lengthy process that often took more than a year to deliver the as-builts in DXF, DWG, and similar CAD formats. For instance, City of Wilmington GIS technician Yousre Odeh received the CAD files for the 2019 as-builts only in July 2021.

"We might have an inspector in the field installing a water valve but not yet have any documents to update for that asset," Odeh said.

In addition to the long turnaround time, the CAD drawings needed to be further processed. Odeh converted the CAD drawings to geographic information system (GIS) feature classes and began processing the geometry and attributes for the geodatabase. Limitations of the legacy data-collection software meant that Odeh received floating vertices rather than line geometry. After digitizing these into water mains, he had to manually map the various CAD records to match the city's GIS scheme. If important attributes, such as diameter and material type, were missing, these too had to be handled manually. At the end, the complete geometry could sometimes be shifted by several feet from the actual GIS locations.

"By the time the files were georeferenced and processed for accuracy, there was a lot of room for error," Odeh said. "The process was not efficient. I knew there had to be a better way."

In 2021, Wilmington issued its fourth and largest contract for another four miles of water-main replacement. This time, Odeh decided to improve the entire process and eliminate some of the major pain points.

With Wilmington's legacy GPS receivers and proprietary data-collection app having served their times, Odeh seized this opportunity to update the city's as-built workflow. Once tested and verified, third-party contractors would purchase their own hardware and adopt the new workflow.

"We needed to replace the existing GPS receivers anyway, so I was eager to see what kind of new GPS technology could benefit us," Odeh said.

Although Odeh had never used ArcGIS Field Maps before, he found it straightforward to set up Wilmington's first water-specific web maps and then use configurable templates within the Field Maps web application to create smart forms for third-party contractors. The forms forced data to be captured in the city's existing GIS scheme, with the appropriate geometry and default attributes, but with no permission to edit the water network directly.

"Although I didn't want third parties to be able to edit our water network, the idea of having contractors capture data directly into the ArcGIS Online scheme seemed ideal," Odeh said. 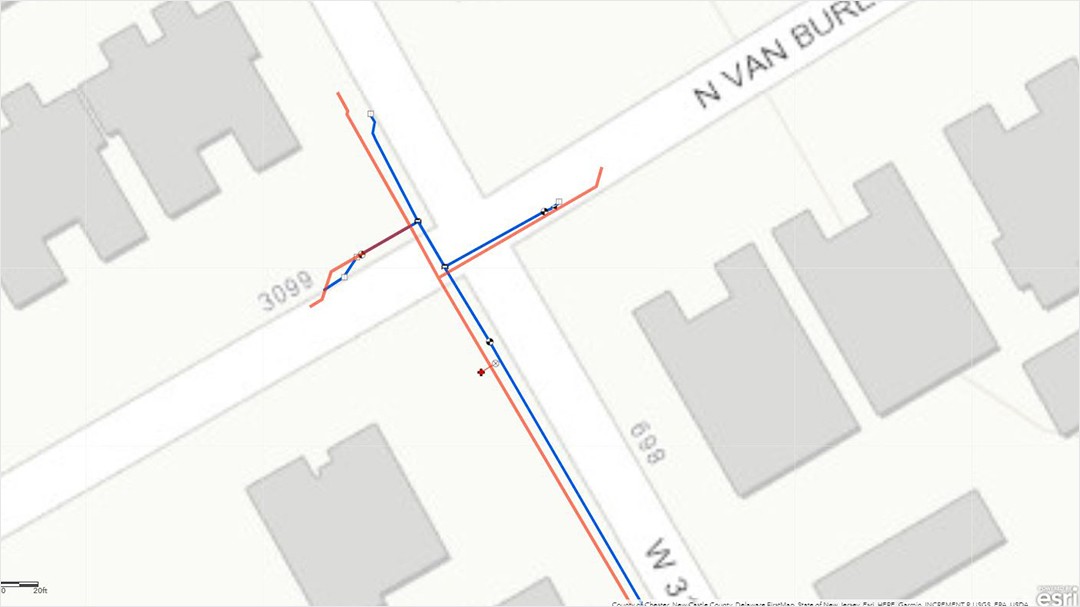 By providing third-party contractors with a means to capture as-builts in GIS feature classes with all the desired GNSS metadata and critical attributes, Odeh eliminated the need for file conversions, manual attribute mapping, line digitization, and manual handling of missing attributes. Turnaround time sped up to achieve same-day as-builts instead of requiring the 1.5-year wait period. Odeh can now review installation data for quality assurance and inquire about any anomalies, even before an asset is paved over.

"I don't have to do any manual data processing apart from quality assurance and control," Odeh said. "It's hard to quantify how much time this saved. There is no comparison. The turnaround is instant. This is simply . . . perfect."

"I have never been more satisfied with the accuracy and convenience of collecting data," Odeh said.

Odeh also created a ModelBuilder tool to help prioritize future replacements. The tool weights a variety of attributes, such as water flow and material type, into an aggregate score, which then makes it easy for staff to agree on which assets to prioritize. Odeh currently shares this information with contractors using an ArcGIS Online widget, so they can see the criteria behind why an asset has been prioritized for replacement.

Feedback to Odeh has been positive at all levels.

"I met with our contractor's chief inspector, and he expressed his excitement. We now have optimal accuracy, complete GNSS metadata, and asset attributes, and everyone can see the big picture of what they are working on in near real time," Odeh said. "My expectations have been exceeded. This will be the way to move forward." 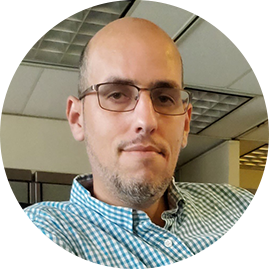 My expectations have been exceeded. I have never been more satisfied with the accuracy and convenience of collecting data. This will be the way to move forward and phase out . . . using the traditional as-builts in PDF format.