There is an increasing amount of infrastructure being built each year, and infrastructure organizations around the world are trying to solve the inspection problem—the problem that occurs when the quantity of assets increases while the number of qualified inspectors does not grow at a similar rate. The pressure to overcome this problem is greater today, due to the increased speed at which we work and require information to perform inspections.

In the cloud-driven world, inspectors are struggling to catch up with how information is being distributed. Organizations are looking for ways to automate a lot of the manual work through machine learning and computer vision as well as to create ways to collect the data that's digitized from the start.

In Japan, one company that is working to help solve these problems is Japan Infra Waymark (JIW). JIW was created from a group at NTT West, based in Osaka, to provide drone inspections for not only NTT West but also other infrastructure organizations in the region. 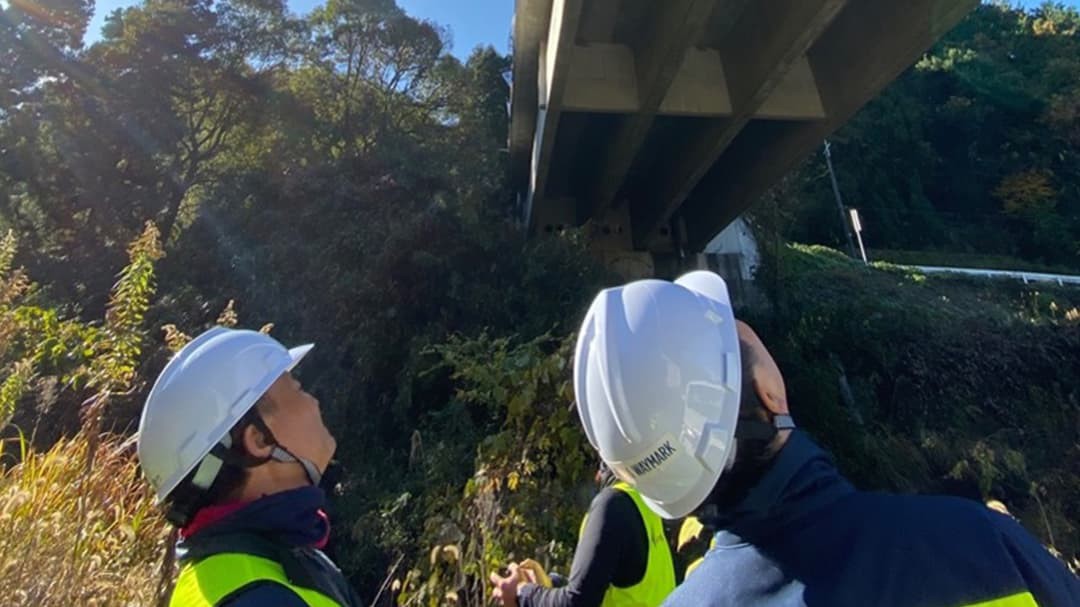 JIW remotely inspects a bridge for signs of cracks or rust.

Structures such as bridges, hillsides, and cell and radio towers, need to be inspected every 5 years. There is a shortage of staff to complete these necessary inspections on time.

The structures and landforms in need of comprehensive inspection in Japan include bridges, cell and radio towers, and hillsides. Inspection of these is important due to the frequency of landslides and earthquakes, which may impact stability.

Japan is a nation that sits on a series of volcanic islands, which means bridges are needed to enable vehicles and trains to go pretty much anywhere. A lot of this infrastructure was built in the decades following World War II. Due to the age of the bridges and the fact that the country is earthquake prone, inspections must be performed frequently. Unfortunately, depending on the type of bridge and what exactly it crosses, bridges can be very difficult or dangerous to inspect. The number and physical size of these assets means that it takes a while to actually perform the inspection.

These challenges have led to a large backlog of bridges that need to be inspected.

Due to the mountainous terrain that Japan has, extra cell and radio towers are required in order to adequately provide coverage to the country. These towers must be inspected for any earthquake-related damage as well as for rust on bolts and tower components. The companies that use the towers for radio are required to inspect and maintain the structures themselves. This is different from the United States, where companies like AT&T and Verizon rent space on towers that are owned and maintained by separate companies. 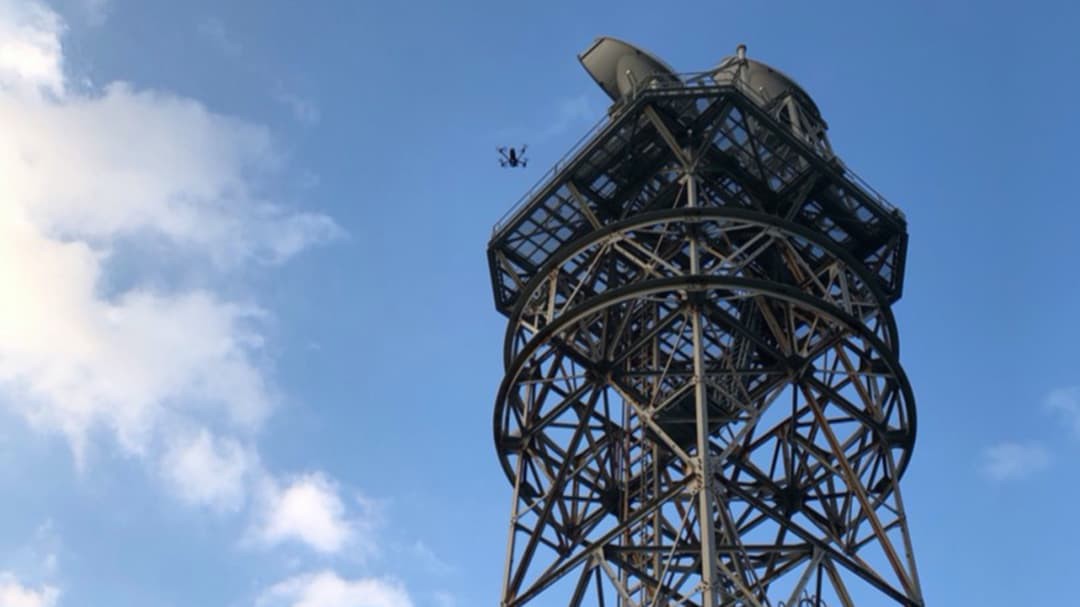 A drone is used to autonomously inspect a radio tower near Osaka, Japan.

In Japan, inspections of these structures are required once every five years. There are so many structures in need of inspection, many towers must be inspected every business day. In addition to Japan's declining population of working-age individuals and the decreasing number of people who apply to become inspectors, noncompliance with inspection requirements was common.

Landslides are natural disasters that are taken very seriously because of their potential to cause severe damage. Inspection of Japan's slopes are split into two buckets: predisaster engineering inspection and remediation, and postdisaster inspection and damage assessment.

For predisaster engineering and remediation, inspectors look for any signs of slippage in the earth. It is also important to create a model of the slope so that engineers can apply simulations and determine what, if anything, needs to be done to increase the safety of the slope.

Postdisaster work involves getting as much information about the disaster as quickly as possible. This information is almost always used to measure the amount of damage that was caused and to learn how much the reconstruction will cost and what materials are required.

Site Scan for ArcGIS is Esri's end-to-end drone mapping software that takes care of the planning for and execution of photogrammetry-focused flight as well as inspection video and images. Site Scan also has a processing component that will turn images, taken during a flight, into 2D and 3D data products like orthomosaics, point clouds, and 3D textured meshes.

JIW deployed Site Scan because of the 3D flight planning, the ability to share flight plans across the organization, and the multiple vehicles supported by the flight planning app. This standardization helps with not only the reliability and safety of the actual drone flight but also the quality and accuracy of the resultant data products.

Having been established out of NTT West, JIW began inspecting cell and radio towers as well as assets such as solar panels, bridges, and wind turbines that are also maintained by NTT West. As NTT West isn't its only client, JIW also works with local utilities and government agencies to add bridge and hillslope inspections. 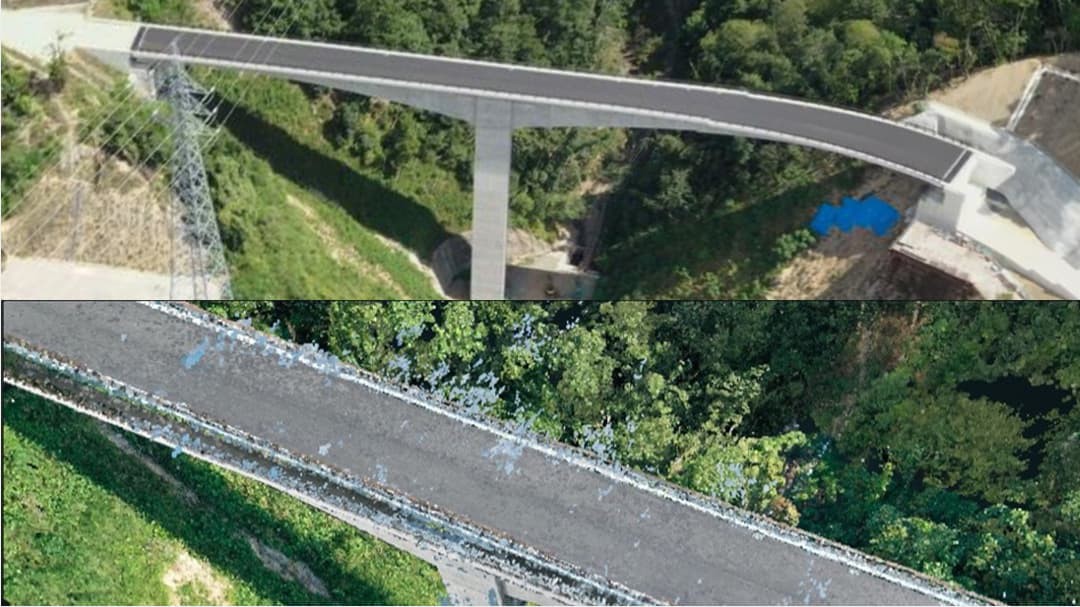 Aerial photo and processed point cloud of a bridge under construction.

With bridge inspection, JIW uses the Vertical Scan flight mode to fly on either side of the bridge capturing oblique images in order to fully model the structure. In some instances, they are able to plan an area survey underneath the bridge to create rarely seen maps of what the area underneath the bridge looks like. JIW uses a combination of automated and manual flight around the bridge. Automated flight allows consistent capture to be able to model the bridge while manual flight allows the pilot to fly and capture specific angles of specific parts of the asset to be inspected. 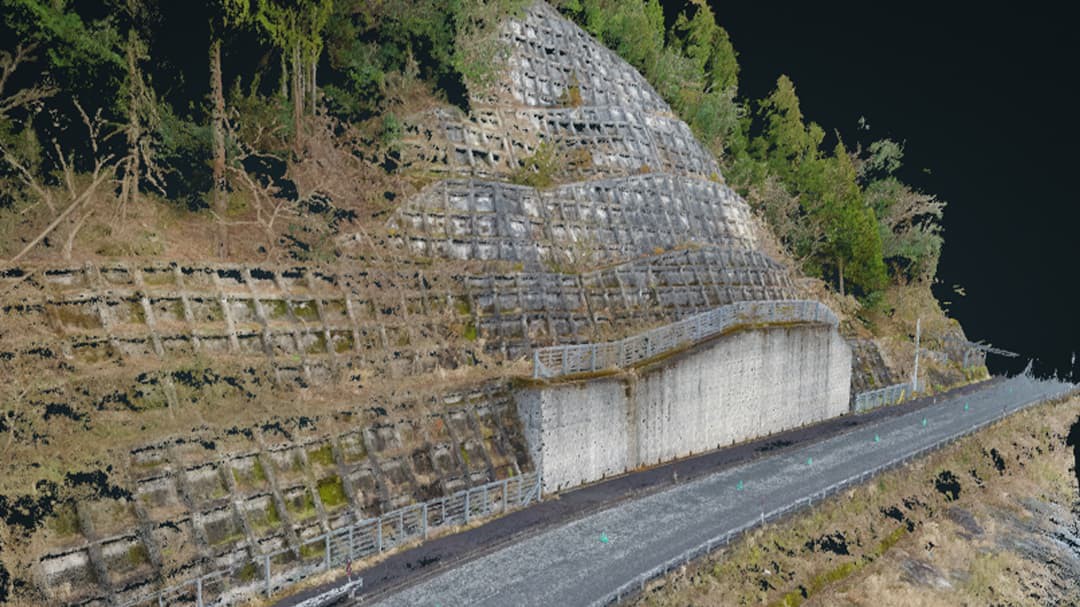 Site Scan screenshot of a point cloud generated of a hill slope.

Using the terrain-following capability, JIW is able to keep a consistent flying height to perform hillslope inspection. Mapping in this way creates a very high-resolution model of the hillslope. This model can be used in modeling software to predict areas of instability and help engineers see what needs to be performed on the slope to make it stable again.

With postdisaster assessment, flights can be performed efficiently, and the data can be uploaded immediately to the cloud for processing and distribution. Measurements like volumetrics performed on the material become incredibly easy to do once data is in the cloud.

JIW has a clear vision of what it wants to become in this space. The company's focus since the beginning has been automation—automation in both the drone flight as well as the inspection through use of artificial intelligence (AI).

Staff are working to change the way inspections are distributed by focusing on a digital-only strategy. Eliminating paper inspection forms and moving to a cloud-based digital workflow allows JIW to immediately share the results of an inspection to the relevant stakeholders. This focus on the cloud and automation also helps with disaster recovery, which requires information to be collected and disseminated as quickly as possible. One important thing to consider is that when an organization has hundreds of inspections to perform by a team of drone pilots, consistency and reliability are key. Standardizing on a single platform enables this. 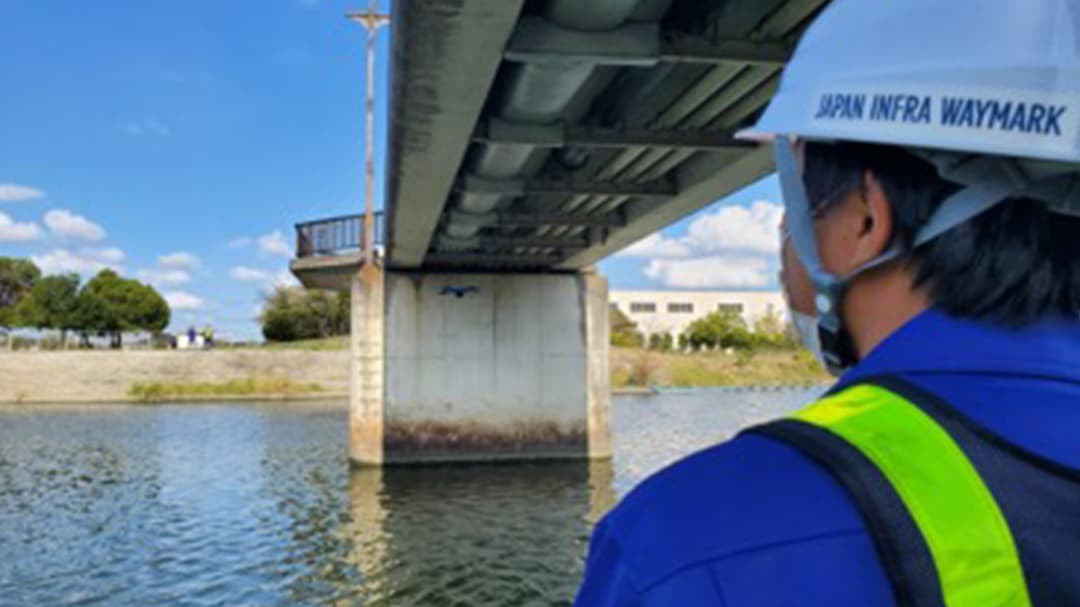 JIW contract pilot inspects the underside of a bridge, inaccessible without a boat.

JIW accomplished a lot while putting together the drone program it has now. The next step is scaling the processes. One of the things JIW has done is partner with companies that provide pilots to perform the actual drone inspections. Having a team of individuals that can independently perform inspections across the territory is critical for a company like JIW, which is working toward changing how inspections are done.

Another concept that JIW is working to implement is allowing the experienced inspectors to work in the office at a desk instead of out in the field. If the drones can digitally obtain all the information that the inspector requires, then the inspector can remain in the office and use the computer to go from asset to asset, no longer needing to travel between those assets. This increases productivity and helps resolve the issue of the declining number of qualified inspectors.

JIW is working to solve the inspection problem by being one of the first organizations to scale autonomous drone inspections for infrastructure assets in the region. Efficient drone flights powered by Site Scan for ArcGIS, combined with machine learning workflows, result in a compelling solution that can keep up with the rapidly increasing inspection workload in Japan. 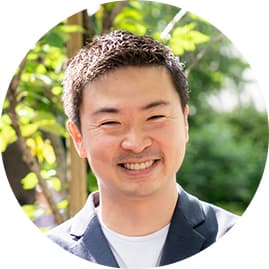 Site Scan for ArcGIS is a tool that empowers [mobile] workers, who do not necessarily have expertise in telecom and civil infrastructure inspection, to be able to perform high-quality mapping and inspection flights for themselves. Looking forward, Site Scan for ArcGIS is a key tool to address challenges Japan faces such as a declining workforce and an aging population.