Vital goods, such as food, clothing, and electronics, are delivered by transport companies around the world, making road freight transport an important part of the global economy. In Finland, 40 percent of transport companies consist of just one person and one truck, and these individuals work tirelessly to deliver essential goods.

Tietorahti Oy was founded in 2016 to support the work of Finnish transport companies by solving industry problems with modern technology.

Founder Janne Lausvaara says Tietorahti Oy began by helping transport companies digitize processes, but the role later evolved into collecting and updating transport industry data to ensure that drivers receive accurate information for their trips. To optimize their routes and efficiently deliver goods, drivers need the most up-to-date details on everything from the gas stations on their route to the maximum weight allowed on a roadway.

However, data for drivers was not available in one system and the data was not entirely accurate, making it difficult for drivers to get the information they needed on the road. Lausvaara created a mobile app with software that offers ready-to-use configurable templates, and the new solution enables drivers and transport companies to easily access critical data for better transport and safer journeys.

According to Lausvaara, the data used by commercial truck drivers and dispatchers was previously found in several different places such as enterprise resource planning systems and time management systems. This made it a challenge for drivers to get timely information, either while planning or en route, that could impact their trip.

In addition, several key pieces of information were unavailable, including height and weight limitations and information about bridges that have truck height restrictions. Lausvaara wanted to create a solution because he didn't believe this process was serving the local commercial truck industry very well. As he describes it, information was "[found from] all over the internet and in different kinds of solutions." 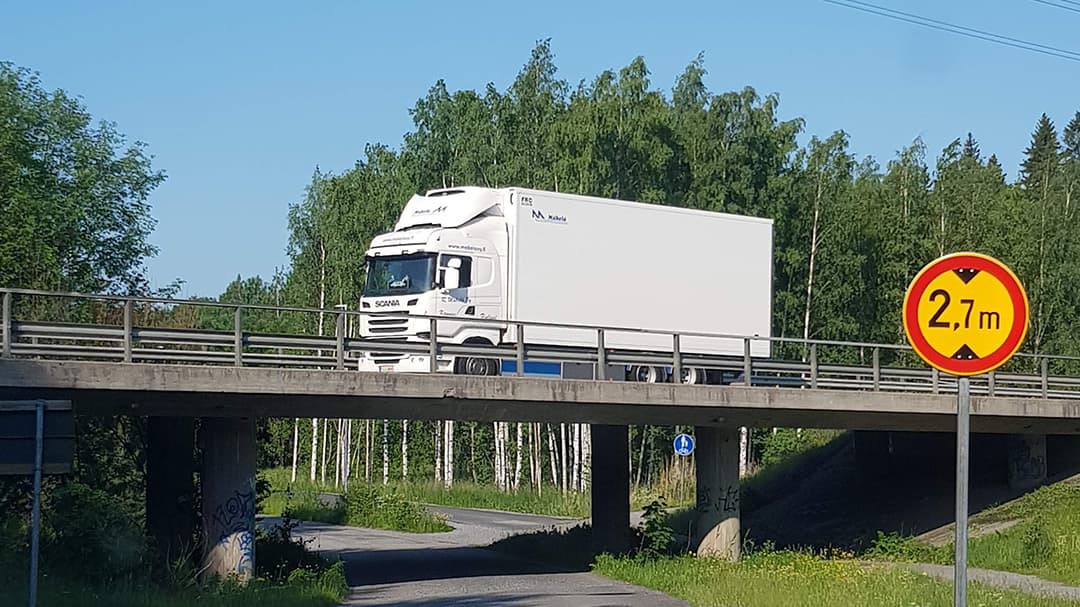 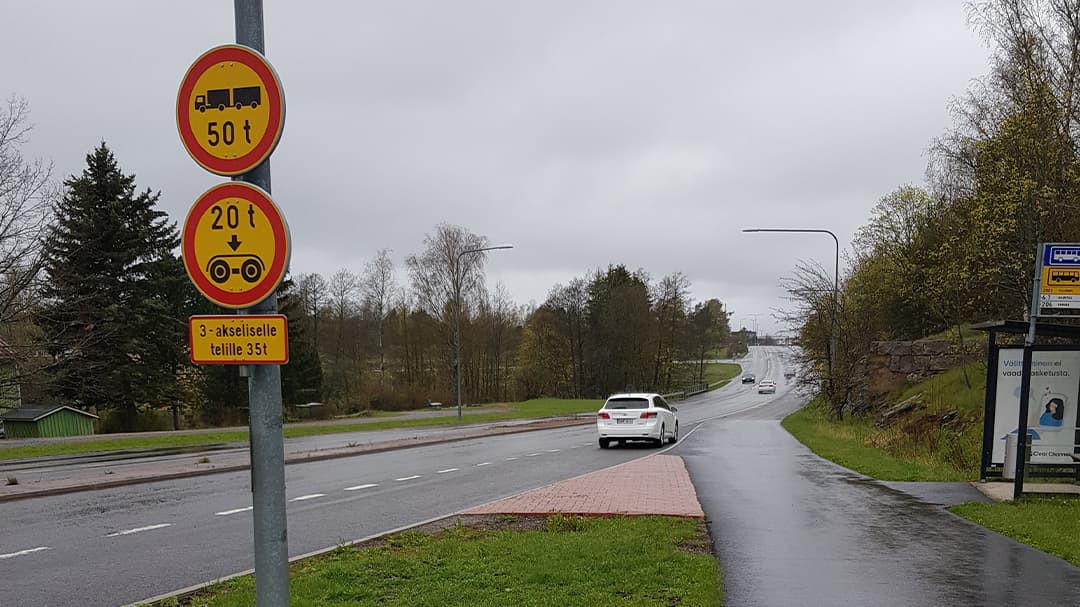 With this in mind, Tietorahti Oy introduced a paid solution for transport industry data using Google My Maps. The solution included data from companies as well as open data on everything from truck stops and services to repair shops, truck height limits, and gas stations. Within two years, the app had 1,700 users.

However, according to users, the data included a lot of errors, and the app had two specific limitations: a maximum of 600 users and no more than 10 layers on a map. Additionally, correcting erroneous data caused extra work for Lausvaara. He explains, "If there was wrong data, I had to fix it four times so users could see it. And [the data] was difficult to edit since it was in multiple places."

As such, Lausvaara set out to create a new solution that would serve the local transport industry and have information accessible in one place with rich data and easier editing abilities.

Lausvaara wanted to create a mobile app with maps available in the public app stores, but he was unsure where to start. Esri Finland chief technology officer Ilkka Suojanen told Lausvaara about ArcGIS AppStudio and suggested it as a potential solution because it requires minimal coding. ArcGIS AppStudio is software that enables users to build geo-enabled cross-platform native apps from a single code base.

To begin creating this new solution, Lausvaara applied for the Esri Startup Program, which helps early-stage startups build mapping and location intelligence into their products. Tietorahti Oy became part of the program in January 2020, and Lausvaara chose AppStudio to work with because it's a low-code solution. His team included a single developer, who performed the minimal coding needed for the app, and a graphic designer, tasked with branding and design.

"I was really excited about AppStudio because I only had to use my code guy. I [could not pay] anyone to make me software, so [coding] was really easy with AppStudio," says Lausvaara.

Lausvaara watched video tutorials created by Esri's AppStudio team to learn how to use AppStudio, and he says that watching videos from Esri product engineer Tina Jin convinced him that AppStudio was the best solution to use. Implementation was very easy for Lausvaara's three-person team.

"I have seen a lot of Tina's videos, and [they] showed how easy it is to make an app. So I thought, if it's that easy, I have to do it with this [software]. I knew that everybody needs this solution," says Lausvaara.

Tietorahti Oy launched the new, free mobile app Tietorahdin kartta—which, translated from Finnish, means "the map of Tietorahti"—in April 2020 with existing data from the previous Google solution. Within the app, there are galleries of ready-to-use maps available for couriers, log transport businesses, and container transport companies, with relevant information for each. For example, a courier sees parking places in city centers, and container transport companies can view port information.

Lausvaara used the transport industry dataset that comes from 14,000 transport companies and includes over a million data points such as revenue, equipment, type of transport, and geographic information system (GIS) data. This allows Tietorahti Oy to inform transport companies when new relevant information becomes available in the app, such as when loading and unloading places are added.

Tietorahti Oy advertises to drivers by giving them a paper leaflet that says, "[The] driver is a king because you have the power to choose what you can see on your map. "

The new free mobile app, which also functions as a navigation system, has received positive feedback from transport companies and has 5,435 users as of November 2020. The app's wide availability to drivers in Finland has improved the quality of data, as it's given Lausvaara an efficient way to collect data from users.

The use of AppStudio allowed Lausvaara's team to create an app that providers truck drivers and transport companies a customized experience. For example, a driver can view only the gas stations for which the driver has a credit card.

"Drivers can choose what map layers they see, and I was really excited when I found this out," says Lausvaara. "The map and device remember [the options] drivers have chosen, and there is one map with all data." 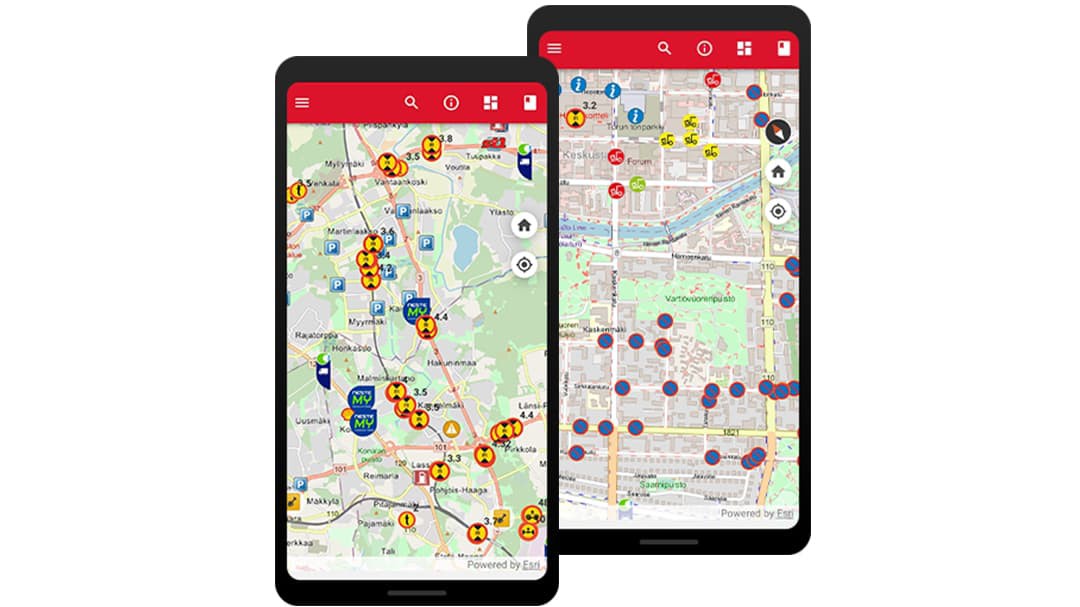 Two of the different maps available in the app, each displaying various layers of road information.

The most significant benefit of the inclusive app is that all information is accessible in one place. Lausvaara says everything is found in the app instead of several different places, and details are provided based on where a driver is traveling.

Examples of available data from agencies such as Traffic Management Finland include their traffic incidents and roadworks API.  Data supplied by Tietorahti Oy includes: 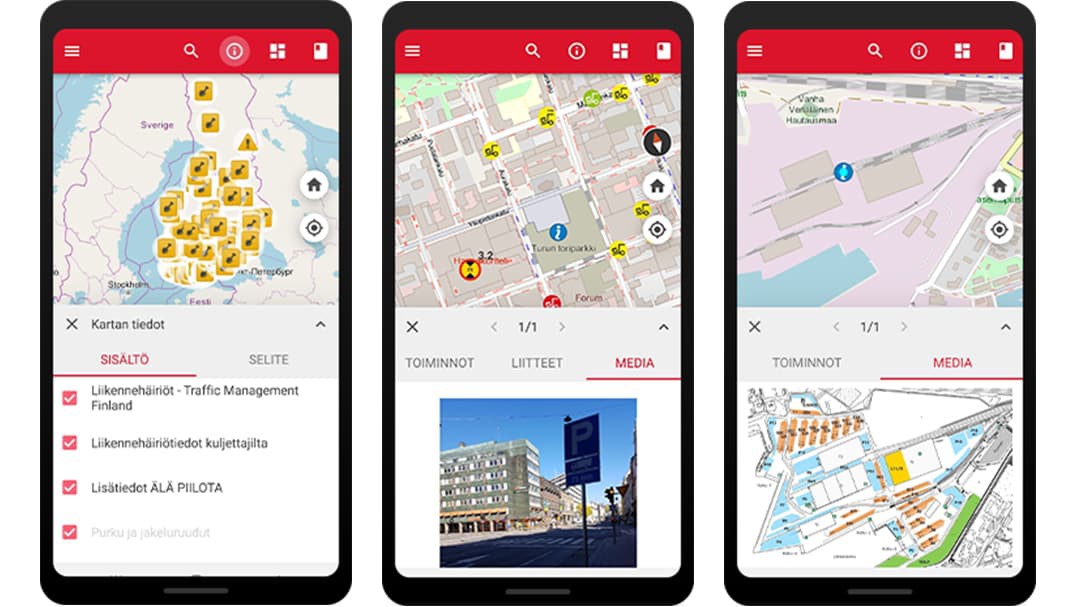 Drivers can drill into the data on the map to get additional information and media where available.

It is also easier for Lausvaara to make edits to correct errors in the data. Lausvaara explains that before, he would have three or four different maps with the same data, but now he can make one map and duplicate it and edit the different layers within that map.

"Before we used AppStudio, we had a lot of manual processes when updating the data. Also, it had to be updated in several places. Now, we have only one master layer for each dataset,” says Lausvaara. "It's less work...and there is more automation with AppStudio. We are saving time because the data is always in one place and only updated once."

In tandem with AppStudio, Lausvaara is using ArcGIS Survey123 and ArcGIS Online to crowdsource data and make sure data is kept current. ArcGIS Survey123 is a form-centric solution for creating and sharing surveys. A user can submit edits to the map directly in the app, and the user's location details are included automatically in ArcGIS Online. Lausvaara says data collection is much smoother than it was with the previous manual process of gathering data from drivers.

Pleased with the progress of Tietorahdin kartta, Lausvaara wants to eventually create a desktop version of the mobile app for transport company dispatchers. He would also like to share this data and solution with similar organizations around the world.

For more information on this project, send an email to Lausvaara, or visit https://tietorahti.fi. 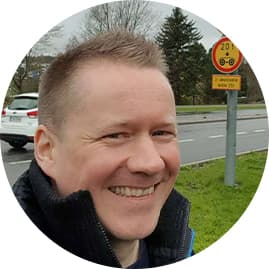 I like AppStudio because it makes it easy to make my own mobile app with little coding.