In central Atlanta, Georgia, the Old Fourth Ward has been the site of several lagging and fruitless redevelopment projects since the mid-twentieth century. As such, it is an ideal neighborhood for urban design and architecture students to use as a case study to explore modern urban design techniques and learn new technology.

Last spring, a group of graduate students in the urban design program in the School of Architecture at the University of North Carolina at Charlotte took on the challenge of reenvisioning the old urban renewal site’s future. The main idea for this academic project was to learn about the design principles that were key to the City of Savannah, Georgia’s effective redevelopment of its historic district—something Atlanta was unsuccessful with decades ago when it built its civic center (now itself a subject of demolition) in the Old Fourth Ward, displacing more than 1,000 largely African-American households, wiping out existing street grids, and disrupting not only the physical structure of the land but also the social fabric of the community.

“To propose good urban design solutions, students need to first have a good understanding of the contexts of the project site and then have proper tools to allow them to develop and evaluate their proposals,” said Dr. Ming-Chun Lee, an assistant professor at the University of North Carolina at Charlotte’s School of Architecture and the instructor of this urban design studio course. “Many modern geospatial tools serve well for all these purposes.”

Students began the project by collecting GIS data about both the Old Fourth Ward and Savannah’s historic district from online, open-source databases. To create a digital representation of the existing urban structures for the two areas, the students built a series of basemaps by combining datasets into layers in both ArcMap and ArcGIS Pro. They then generated detailed 3D models for the two sites that displayed existing buildings and trees and contained accurate terrain.

To construct the 3D models, the students used ArcGIS Pro to extract 3D features from lidar point cloud data, which came from the United States Geological Survey’s (USGS) EarthExplorer. They then employed the Local Government 3D Basemaps project package in ArcGIS Pro to process all the reclassified lidar tiles and extract the buildings and trees in 3D. This produced digital terrain models (DTMs) as TIFF files, which represented the bare, ground-level terrain for the Old Fourth Ward and Savannah’s historic district.

The class then used CityEngine to enhance the visual quality of the resultant 3D models. They added details such as architectural structures and textures, landscape features, street markings and pavement, transportation features, vehicles, and human figures. The students implemented additional light effects as well to augment the level of realism in the models. 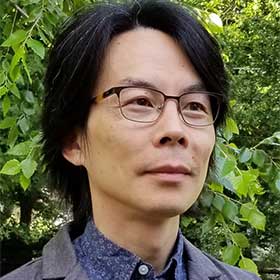 To propose good urban design solutions, students need to first have a good understanding of the contexts of the project site and then have proper tools to allow them to develop and evaluate their proposals.

To do all this, the students first used ArcGIS Pro to package the needed GIS datasets—the lidar-extracted 3D buildings and tree points, the DTMs (as TIFF heightmap files), streets, building footprints, and aerial photos of the sites—in a file geodatabase. After importing the GIS datasets into CityEngine, the students used its Polygonal Street Creation tool to generate streets based on the types of streets they had identified at both sites, including major thoroughfares and local roads. All the data associated with the streets—such as vegetation, signs, pavement, vehicles, and human figures—were added using Esri’s Complete Street Rule Package, which is available via ArcGIS Online. The class then employed Esri’s Building Construction rule set to generate 3D buildings with architectural details and textures.

“Having all this in CityEngine, as well as the data preparations done in ArcGIS Pro, allowed the students to create large-scale city models to visualize existing urban structures, in addition to proposed urban design solutions,” said Lee. “These models also helped students examine and compare the spatial qualities of the Old Fourth Ward and Savannah’s historic district.”

But there’s more to modern geospatial technology that the students aspired to discover. So they explored their urban design solutions using virtual reality (VR). To do this, they had to export their CityEngine models as FBX files before importing them into a game engine called Unity to create their VR scenes. Unity allows users to implement additional light effects and has a number of environment-rendering options—such as movement speeds and view angles and heights—to enhance the appearance of the models even more. It also has VR settings that let users use a typical game controller, such as an Xbox controller, to walk virtually around the 3D scenes originally generated in CityEngine.

Finally, to conclude the project, the students took advantage of ArcGIS Online to share their data and graphic contents with each other. They generated web maps and 3D web scenes—which included detailed streetscapes, buildings, and spatial analysis results—to visualize and explore various urban structures and design solutions. Once they had everything in ArcGIS Online, the students also used Esri Story Maps app templates to present their project outcomes. The story maps contain various forms of media—such as photos, graphs, diagrams, text, interactive maps, and 3D scenes—that reveal, in a narrative way, the urban structures of Atlanta’s Old Fourth Ward and the historic district in Savannah.

“I believe that being able to get a better handle on location-based knowledge and further incorporate it into actual physical design strategies will really help urban designers connect to the place and the people of the place and, in turn, develop solutions that will have real impacts and generate satisfying results,” Lee added.

By employing 3D GIS modeling, lidar data processing, cloud-based GIS, and VR to real-world contexts, urban design students at the University of North Carolina at Charlotte got to ride the wave of many major trends in geospatial development early on in their careers.

As these digital tools continue to advance, urban planners, designers, and researchers will need to fully understand them so they can establish workflows that move their ideas forward and promote pioneering solutions to city planning problems. By even just improving the integration of mapping, modeling, and visualization capabilities, modern geospatial technologies are effective tools for envisioning the future of local neighborhoods.

Taking the Next Technological Steps in Eradicating Land Mines