Problem Solver Leads Pandemic Response by the State of Maryland

In March 2020, during the early stages of the COVID-19 pandemic, the Maryland Department of Information Technology (DoIT) Geographic Information Office (GIO) deployed an information dashboard to keep Marylanders up-to-date on the most current case statistics and latest information. Julia Fischer set the groundwork and led the deployment of the solution, which has been a resource for millions since then.

As the department’s geographic information officer, Fischer’s intention has been to supply state leaders and local communities with the knowledge they need to protect residents. She and her team were still working in the office when they built the system, but shortly afterward, they launched the dashboard from home. As of mid-December, the site has had 9.5 million visitors.

“When we launched,” said Fischer, “I was sitting downstairs on the sofa and watched it go live.” Most of the maintenance was done by Fischer’s team. They can easily access the platform from their homes.

The State of Maryland is a showcase for GIS technology. The governor’s office, which uses GIS mapping and dashboards developed by GIO, is highly supportive of GIS initiatives, such as the current update of MD IMAP, Maryland’s enterprise platform.

“The GIS program in Maryland is well established but demands a lot of commitment to maintain the speed that it’s been moving,” Fischer explained. “My staff works hard because they are deeply vested in seeing that Marylanders have the highest level of information possible.”

“Coming into this leadership role in my late 30s, I still felt like I had a lot to learn,” Fischer noted. “My predecessor was a strong support[er] and cleared the way for me even early in my career. So I have always had a good relationship with the executive staff, who trust me. I am grateful they chose me.”

Fischer draws inspiration from GIS professionals who work in the trenches, staffing projects and developing initiatives. The state has a GIS person in every county to collaborate on projects, such as the next generation of its 9-1-1 system.

“They show up every day, are passionate and engaged, and do right by the citizens they serve,” Fischer said. “They don’t get the recognition they deserve. They are doing it right and the best that they can. In my position, I am trying to clear pathways for them.”

Fischer is a problem solver, which is what drew her to GIS. Its many tools and methodologies offer an array of problem-solving capabilities. The potential to change and solve the world’s problems gives her purpose. Seeing the impact GIS makes across disciplines—environment, health care, socioeconomics—motivates her.

Fischer said that, as a sophomore in college, she accidentally fell into geography when she had to fill a vacancy in her class schedule. Then she took another class—and another. She was surprised when her adviser told her that she could make this a major, which she did by earning a bachelor of science degree in geography and a master of science degree in GIS.

GIS appealed to Fischer’s creative side, and she relishes working on cartographic projects. Because she could marry GIS to her creativity, she found her calling. She also helps others develop their careers and offers advice to GIS leadership.

One of Fischer’s maxims is that communication is highly important. Getting into GIS community networks and asking questions are essential to doing the job well. She believes that GIS is an industry filled with kind, collaborative, and compassionate people, who are open to sharing information, rather than competing. At their core, they see that sharing knowledge is for the greater good.

“My predecessor was very involved in the National GIS Council [NGISC],” Fischer said. “He introduced me to everybody and made connections for me. He understood the value of a network and was active in helping me develop mine. I am in the chief data officer network, and I also ask our vendors about their network groups. We want to share lessons learned, both mistakes and successes.”

Maryland is an open data state. Fischer sees openness as an opportunity to bring the best and brightest together into a bigger pool, from state levels to national levels.

All states deal with the COVID-19 crisis, but each focuses on different aspects of the pandemic. For example, while Michigan’s concern has been unemployment, other midwestern states are concerned about keeping supply chains for their produce moving. Maryland is focused on the military and defense, impacts on taxes, and the federal landscape.

Ultimately, states need to look at supply chains, unemployment, and taxes. If they are open, states don’t need to invent their own approaches to solve these problems. Through open communication, they can share best practices and create a holistic approach to a nationwide problem. 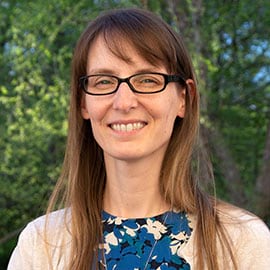 My focus is to continue to show the capabilities of GIS. The GIS community’s contribution to the industries they serve is not supplemental but a necessity. GIS professionals must become core participants in management and planning. Our industry seems marginalized, but I am looking to the day that it is not.

Patterns of Resistance to Technological Change and How to Transcend Them