ArcGIS Runtime 100.9, also known as Update 9, continues to improve support for online workflows with utility networks, but also introduces key enhancements to the use of features, open data, offline maps, and raster capabilities.

Each release since 100.0 in 2016 has targeted a variety of functional areas and industry-specific needs. As this functionality has matured, existing users and partners have migrated from older Esri developer technology to the ArcGIS Runtime, new developers have began using ArcGIS Runtime to add GIS and mapping to native apps, and developers who had been using other development tools have transitioned to ArcGIS Runtime to take advantage of the complete and robust platform available with ArcGIS.

Since 100.6, each release has focused on three tracks: utilities, defense and public safety, and platform (i.e., crosscutting features that support ArcGIS functionality). The industries named in these tracks were the drivers for the development of this functionality, but the applications of those capabilities extend much more broadly to many industries.

New capabilities enabled for use with online utility networks include two new trace types: loops and shortest path. Loops are areas of a network where resources can flow in either direction. They are expected with mesh networks but usually indicate error conditions in radial networks. Loops can be discovered using a shortest path trace. A shortest path trace identifies the shortest path between two points using a numeric network attribute or weight, such as length or cost.

You can also filter elements returned from a trace to a specific asset type or output condition. If conditions are defined, every feature encountered during a trace is evaluated, and only elements that satisfy the conditions are included in the trace result.

Trace results can now contain a union of all geometries of a type returned from a trace. This provides a more efficient option for displaying trace results on a map instead of iterating through multiple utility elements.

Functions can now be included in a trace configuration and returned with trace results, which allows you to run calculations on network attributes associated with traced features (e.g., the sum of the length of all the wire traced). Several functions can be specified for a trace. The trace function output gives you the trace function definition (e.g., calculation type, network attribute) as well as the function result.

Version 4 of the ArcGIS Utility Network adds nonspatial object support, which enables use with telecom networks and underground electrical utilities. Nonspatial tables are now included with network sources and enumerations.

Feature layers now use tile-based requests to fetch and display features in a map when supported by the feature service. Feature tiles enable feature layers in ArcGIS Runtime to load faster and return more features. Feature tiles use a protocol buffer binary format to reduce network latency and advanced HTTP caching semantics to improve performance. At this release, feature tiles are not used to request features for display in a scene (3D).

Enterprise geodatabases use versioning to accommodate the needs of multiuser editing scenarios and long transactions. Branch versioning uses the Web GIS model to meet those needs via feature services. ArcGIS Runtime now supports branch versioning workflows through feature services. It can browse the versions available on a feature service, choose a version to connect to or create a new one, and then display features from that version using feature layers. Edits made to the features in the feature layer are isolated to that version and protected from changes being made to other versions. ArcGIS Pro can be used to reconcile and post changes from different versions at the end of the editing process.

This release introduces support for OGC API Features, a new, open, multipart standard of the Open Geospatial Consortium Inc. (OGC) for sharing feature data on the web. Part 1: Core of this standard describes basic capabilities for enabling read-only access to spatial data. Most of these capabilities are supported in ArcGIS Runtime and are accessible through new classes that represent an OGC feature service and feature service info as well as OGC feature tables and collections. Note that only manual cache mode is supported at this time, which means a developer must use the API to query and populate an OGC feature table with features from an OGC API Feature service.

In the 100.8 release, Esri delivered support for online layers in mobile map and scene packages. In the 100.9 release, a web map can now be taken offline while retaining layers that reference online services. When network connectivity is available, your app users can utilize these online services, but if there is no connection, users can keep working with their local content.

A few years ago, Esri introduced support for preplanned workflows to optimize and streamline creating and delivering maps and data for offline use. A preplanned workflow relies on map authors who create and publish map areas in ArcGIS Online or ArcGIS Enterprise. Publishing a map area involves generating and storing new files of map content, such as basemaps and features, for download.

Generating and downloading a map area can take some time. With this release, before you download the map area, you can now check whether a map area’s publishing process is complete, has failed, or is still in progress.

You can also take a map offline and avoid receiving updates. This will disable data synchronization on the map’s geodatabases and prevent associated feature services from creating synchronization replicas. The benefits of this option are that the burden on the feature server is reduced, and you will not need to unregister geodatabases when they are no longer required.

A mosaic rule defines how the individual rasters are combined into a single mosaicked image. With this release, mosaic rules defined in web maps, web scenes, mobile map packages, and mobile scene packages are honored while rendering image service rasters. You can also override the default mosaic rules to control how overlapping areas in the mosaic are handled. In addition to how it’s displayed, the mosaic rules may affect values returned when identifying, computing a histogram, or exporting the image.

Esri has also introduced many more enhancements to group layers, navigation, and scenes; continued to fix issues; improved performance, and enriched integration within the platform. For more details, see the release notes at developers.esri.com for Android, iOS, Qt, .NET, and Java.

To get 100.9, go to the ArcGIS for Developers website, and download the SDK of your choice. You can also reference it through development tools such as NuGet, Gradle, or CocoaPods. If you’re new to developing with ArcGIS Runtime and don’t have an ArcGIS for Developers subscription, simply sign up for a free account and you’ll be able to access everything you need to develop your app.

Rex Hansen is a product manager for ArcGIS Runtime. He has more than 25 years of experience in GIS, spatial analytics, and computer mapping. Recently, he has helped guide the development of native solutions and technologies in the GIS industry that use authoritative geospatial data in immersive, extended reality experiences.

Nick Furness is a technical product manager for ArcGIS Runtime SDKs for iOS and macOS. He has spent more than 20 years working in GIS, building projects that have ranged from small mom-and-pop solutions to enterprise utility and national government deployments. He presents at the Esri Developer Summit, the Esri User Conference, and many other events, mostly on ArcGIS Runtime SDKs with the odd bit of JavaScript thrown in. 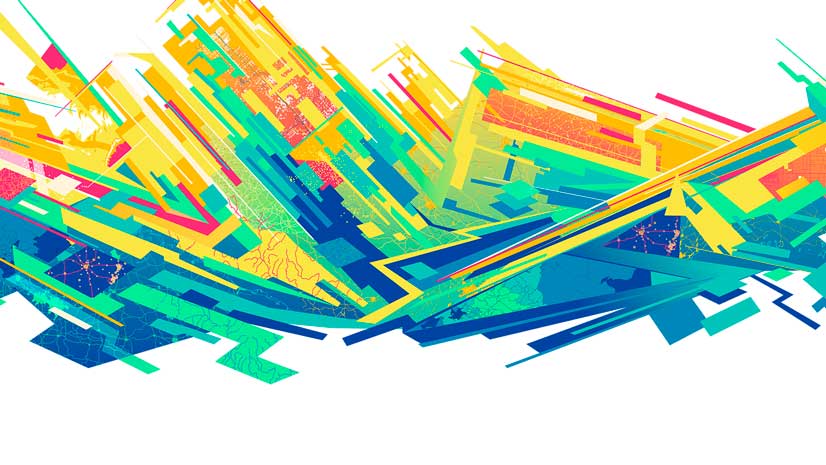 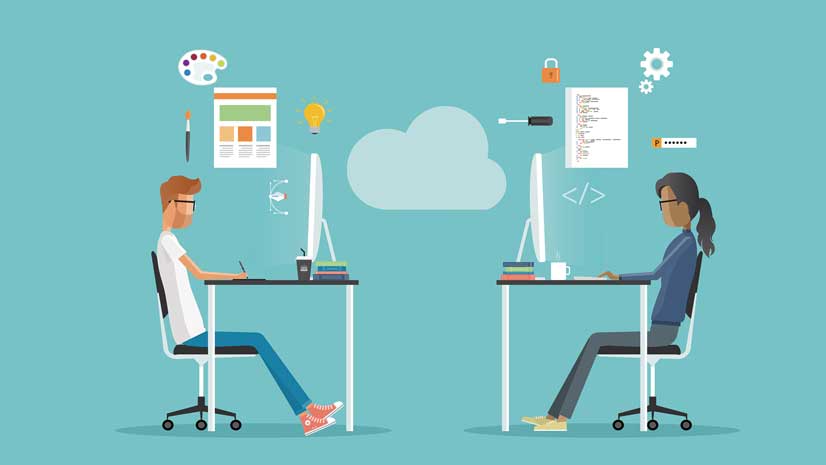 Five Tips for Developers Who Work with Designers

5 tips for making your collaboration with a designer productive and beneficial to both of you. 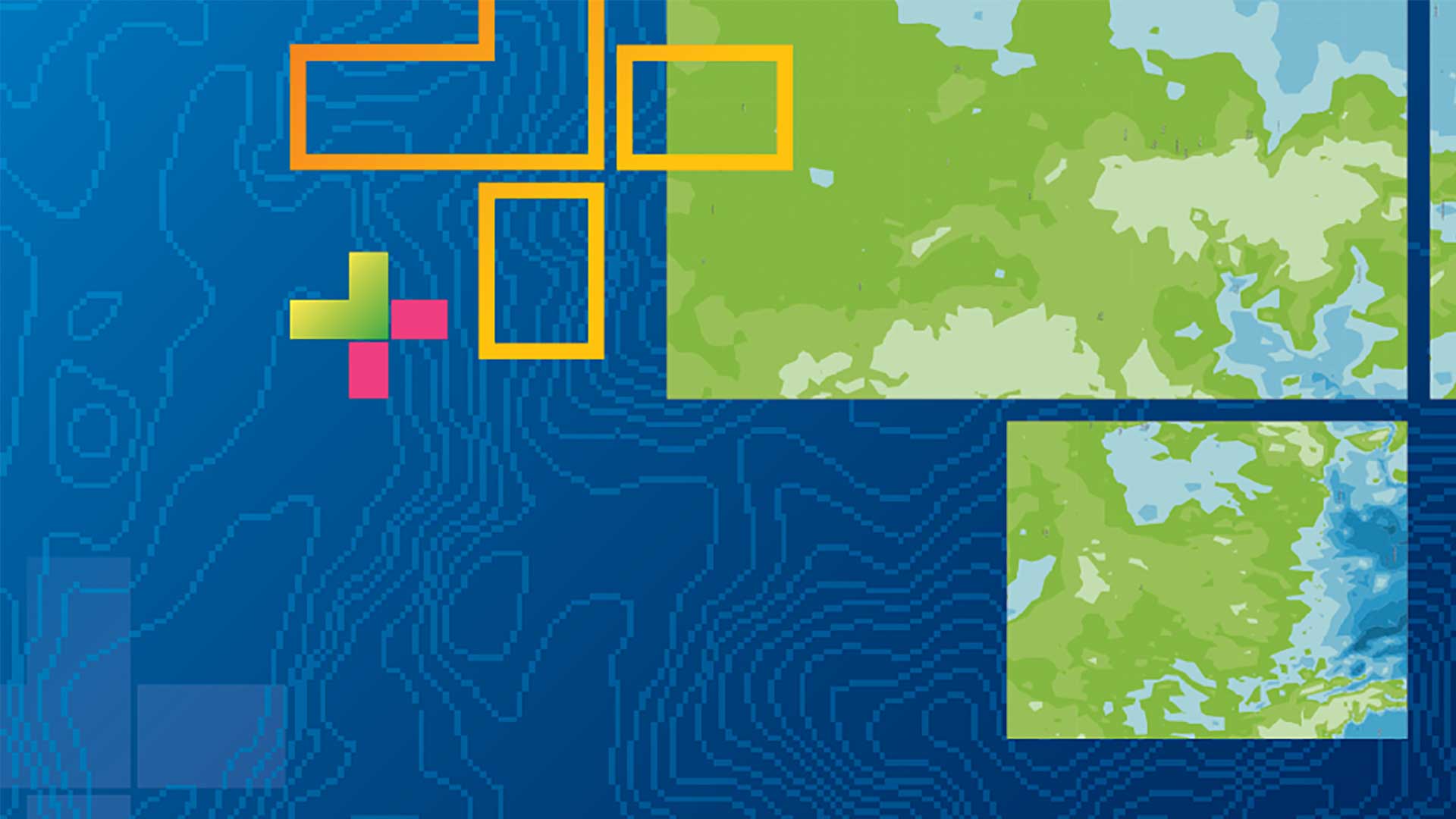 The Esri 2020 Developers Summit, the 15th annual event “for developers, by developers,” was livestreamed to thousands.