The National Geospatial-Intelligence Agency (NGA), among its many responsibilities, is studying the effects of various climate change phenomena throughout the world.

Originally founded in 1996 as the National Imagery and Mapping Agency, the NGA has provided geospatial intelligence (GEOINT) mapping services to the nation’s intelligence agencies for more than 20 years. The NGA uses information on the effects of climate change for civilian outreach efforts, such as rescue operations and rebuilding in the wake of natural disasters and humanitarian crises, and for strengthening national security efforts.

One result of climate change is the ongoing melting of glaciers throughout the world. As a glacier recedes, a glacial lake system is formed. Water ponds either behind the glacier forming an ice dam or in front of the glacier forming a moraine built from rock debris that was transported by the glacier. Moraines, like ice dams, are mostly made of ice and therefore susceptible to melting and failure. When glacier-created dams fail, large volumes of lake water empty in only a few hours and surge downstream in an event known as a glacial lake outburst flood (GLOF).

NGA is currently studying the GLOF phenomena in Patagonia, which encompasses the southernmost tip of South America and parts of Argentina and Chile. The area is divided by the Andes Mountains. The Argentinean side features grasslands and deserts, while the Chilean portion is known for its glaciers, fjords, and ice fields. The southern and northern Patagonian ice fields comprise the largest mass of ice in the southern hemisphere outside of Antarctica.

Global warming has caused the Colonia Glacier in Patagonia to retreat about 2.5 kilometers during the past 30 years, while the nearby Nef Glacier has retreated 1.8 kilo-meters. Both glaciers have contributed to the water contained in the vast glacial systems that feed Chile’s largest river by volume, the Rio Baker. Located in the Patagonian ice fields, the river in turn flows into Cachet Dos Lake, which has had 20 catastrophic GLOF events during the past 10 years due to the recurring melting of the ice dam that contains it.

The refilling and discharge of the lake is ongoing. As water pours into the lake from the glacial systems, a tunnel begins to form at the base of the ice dam that ultimately undermines it and releases all the water contained within it. The tunnel subsequently collapses and freezes over again, the lake refills, and after a time another tunnel forms in the ice dam and the water is once again expelled.

The calculated discharges from the lake range from 2,000 to more than 15,000 million cubic meters of water per event. These discharges flood the Rio Baker/Rio Colonia basin, often killing the inhabitants living downstream as well as destroying infrastructure in its path.

“A number of universities, as well as the USGS [US Geological Survey] and the NGA, have studied the Colonia glacier and its recurring GLOF events for several years,” said Manuel Castro, human geography analyst at the NGA. “Unfortunately, the phenomenon occurring at the Colonia Glacier and Cachet Dos Lake is rapidly becoming prevalent in many other parts of the world, which creates a need to better understand it.

The Colonia Glacier can be used as a proxy to study other glaciated zones that are inaccessible and the effects of climate change on the cryosphere. [The cryosphere is that part of the earth that is so cold water is frozen solid.]

What makes this area both striking and attractive for research is its magnitude. It is within the Northern Patagonian Ice Field, which measures 4,200 square kilometers (km²), the second-largest continuous mass of ice outside the polar regions. Cachet Dos Lake is contained by a 437 km² glacier that holds back 200 million cubic meters of water that is released in a few hours when a GLOF occurs.

The GLOF phenomena has the potential to affect populations throughout the world.

The NGA is studying the Colonia Glacier because the methodology and models it is developing for its analyses can be applied to other places such as Alaska and Nepal. In addition, one of NGA’s goals is to help national and international communities struggling with natural hazards by using its expertise in geospatial technologies.

“To research the GLOF events of the Colonia Glacier, I am using Arc Hydro to analyze the collected hydrologic data, HEC-RAS to model the hydraulics of the water flow, and ArcMap and ArcGIS Earth to process, visualize, and share the results.” [Hydrologic Engineering Center River Analysis System, or HEC-RAS, was developed by the US Army Corps of Engineers.] As part of the analysis, Castro used ArcMap to process electro-optical imagery obtained from Landsat satellites and obtain the Normalized Difference Water Index (NDWI) and map the area in the Rio Baker/Rio Colonia basin that is prone to flooding.

“First, I researched the Landsat imagery that included the Rio Baker/Rio Colonia basin and then compared those results with the dates of known GLOF events there,” said Castro. “I was able to find a day during the summer of 2015 when there was limited cloud cover and the satellite had collected data only a few hours after the outburst flood, so I got good imagery.”

From the data indicating the extent of the GLOF, Castro created a 1,000-meter buffer around that part of the Rio Baker and the related basin and floodplain. He used the raster calculator in ArcMap to add NDWI calculations derived using the near-infrared (NIR) and shortwave infrared (SWIR) bands of the satellite imagery. To visualize the basin under normal conditions, he performed the same process using satellite data that was recorded eight days before the flood.

Castro plans to capture high-resolution imagery of key floodplain areas using an unmanned aerial vehicle and postprocessing the imagery using Drone2Map for ArcGIS. From this data, he will create a flood model that can provide a spatiotemporal representation of the Colonia Glacier GLOF. It will identify those areas that are most likely to flood and provide an estimate of the arrival time of the flood surges.

“Eventually, this work could provide the Chilean government or other stakeholder with the foundational methodology of how to operate a ground-based, high-definition survey lidar station across the Colonia Glacier and Cachet Dos Lake to collect 3D point clouds to define the shape of the glacier-water interface,” said Castro. “Using near real-time data interpretation, this method can identify sudden drops in lake height as an early consequence of a GLOF with a simple change detection algorithm.”

The data would be automatically uploaded to a satellite and accessed by researchers who would transmit a warning of an impending GLOF to local Chilean police. The lidar station will also allow the scientific community to collect valuable data about the Colonia Glacier that is important to researchers.

Look at a GLOF tunnel. 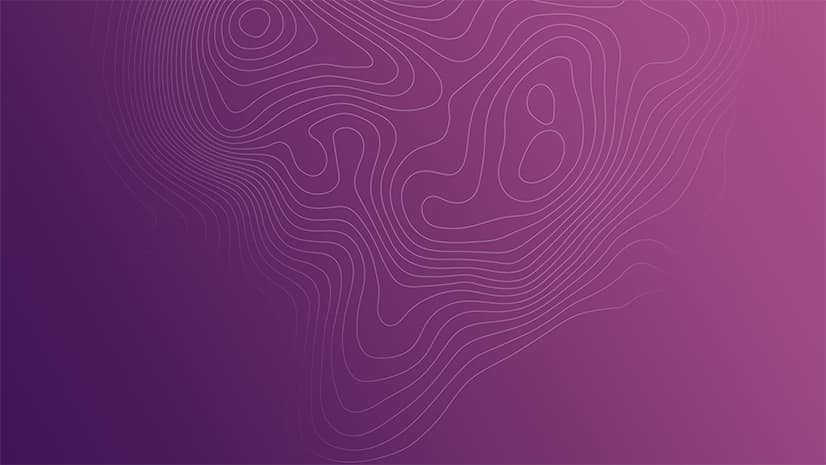 At the NGA, GIS Underpins Virtually Everything