By the time the World Series came to Cobb County, Georgia, in fall 2021, the technology and expertise demonstrated by the county staff orchestrating public safety couldn’t help but win the attention of Major League Baseball’s technical team.

“They could walk into any conference room and with just a click, they could see dashboards with maps showing the location of security staff, live traffic, and 911 calls,” said Jennifer Lana, GIS manager at Cobb County Government. “They hadn’t seen dynamic data that was so accessible before.”

Yet, as the Atlanta Braves took control of the seven-game series the week of November 1, 2021, and county officials wanted to plan for a massive victory celebration, preparations had to be delayed. There’s a long-standing superstition in baseball that planning a celebration before the World Series concludes invites bad luck. So once Braves relief pitcher Will Smith’s 97-miles-per-hour, four-seam fastball was grounded out to end game six and the series on November 2, officials in Cobb County, had only 35 hours to organize a party for 350,000 guests.

It had been a while since the Atlanta Braves had a world championship to celebrate. The last time was in 1995 when the team was in a different stadium and a different jurisdiction. Even though there were no set plans or knowledge about how to accommodate championship crowds, Cobb County’s investment in sophisticated mapping and monitoring technology and staff have been tried and tested during big events. This includes the home games of professional baseball’s National League Division Series, the National League Championship Series, the World Series, and security for the National Football League’s 2019 Super Bowl game in Atlanta. This time the huge celebration would include a parade that would wind through downtown Atlanta and culminate at the Braves’ home ballpark, Truist Park.

Jeremy “J.D.” Lorens, a lieutenant in charge of traffic management at the Cobb County Police Department, was assigned to handle parade security using up-to-date maps and remote control of traffic lights. For home games at the ballpark, Lorens had already worked with a team of GIS specialists to apply mapping for crowd control, security, and traffic management. Lorens would need the same detailed maps—outside the stadium—to create the parade route.

The GIS team provided tools to help the Braves organization as well as state and county officials define and approve the route. Lorens gathered barricades that matched the narrow three-lane corridor he had mapped to reduce roadway width and put the crowd in proximity to players. “I knew there would be families with little kids,” he explained. “I wanted to get them as close to the parade as possible.”

During the parade, GIS maps displayed the location of every officer along the route, allowing incident commanders to see the location of each asset in case of an emergency. The smooth operation of the parade allowed Lorens to craft an efficient plan for removing the barricades beginning when the procession was halfway through its route.

Before Truist Park opened in 2017, Cobb County authorities invested in advanced traffic management technology to move fans quickly and easily to and from the ballpark. Truist Park is located near the intersection of two interstate highways, and authorities wanted to ensure that the stadium location lessened rather than added to Atlanta’s traffic congestion.

Lorens oversees traffic management at the ballpark and runs the control center with live feeds of 70 cameras monitoring pathways and The Battery Atlanta, an entertainment district. There are 30 more cameras at critical intersections. GIS allows Lorens and the team to visualize the location and condition of every traffic light and camera. Using these inputs and controls, he and his officers synchronize the flow of vehicle and pedestrian traffic during regular games.

Cobb County’s Public Safety departments regularly use GIS dashboards and data to ensure public safety. These seasoned GIS users trust and know how to use the data, maps, and dashboards and have seen how location intelligence helps them. These trained users then became the trainers as more personnel were added during the playoff run.

For the 2021 World Series games, the number of police officers for a typical game was doubled to handle the larger crowds and longer hours. Officers were organized into three main groups: inside the stadium, traffic and operations, and overall campus security. The groups relied on GIS for real-time information and communication.

“We have 50 different datasets on the map from the footprint of the stadium, all the businesses, the lights and cameras, the traffic data feed, 911 calls, traffic from Uber and Lyft rideshares, and the location of Cobb County vehicles,” Lana said. “We have built that awareness over time, so we didn’t have to change much for the World Series, but there were modifications.”

Lorens has learned that each game has a distinct traffic pattern, and he developed specific maps for day versus night games or weekday versus weekend games. When it came to the playoffs though, he could not count on prior predictability.

“Once you get to a championship series, it doesn’t matter what day the game falls on, because everyone takes off work,” Lorens said. “You go to the most robust map you have, and you use that.”

Having a well-provisioned stadium security setup has helped Cobb County deal with the unanticipated nature of professional baseball planning. As the team worked its way through the playoffs, each subsequent win and series ratcheted up interest and attendance at the games.

The primary GIS toolset Cobb County relied on included ArcGIS Mission, which tracked the location of roving plainclothes officers working throughout The Battery. With command and control software, the incident commanders in the operations center could make tactical resource assignments and get real-time updates from the field, then share information across teams. The fact that the app could be accessed on a smartphone was key to the stealth requirements of the operation.

“Undercover officers are in a unique situation because they don’t have radios,” Lana said. “But everyone on the planet has a smartphone, and nobody is going to think twice about someone looking at a map on their phone. On the app, officers could see each other and where a dangerous situation was happening, and in the command center we knew no officer could get lost in the crowds.”

Other smartphone features also came in handy. “Our analysts,” Lorens said, “could look up a license plate tag or provide background information. When it’s just a text, that can get siloed between two people, and here everybody was able to see it and add to it if needed.”

Putting the Wraps on a Stellar Season

For Cobb County’s World Series games, the use of ArcGIS Mission was tactical, guiding public safety response to incidents involving unruly behavior. “There were a lot of drunk people everywhere,” Lana said. “Each time the Braves won, the crowds got bigger and crazier.”

For Lorens and his public safety team, a map was key to keeping control of rowdy situations. “We were able to see where our people are and put them in places so everybody else saw them,” he said. “For commanders, we could make sure we had coverage so that nothing critical happened.”

Lorens and his team applied GIS in a more integrated way for the victory parade. To ensure safety and ease traffic disruptions, the ability to track officers and floats in real time was critical. This is an operational methodology that the county will employ moving forward. “Now we’ve got a blueprint,” Lana said.

Lorens added, “I plan to build out the map of where we had bottlenecks and where we responded with more staff, and I’ll keep that in my back pocket.”

With the Braves’ core of young standout players, fans in and around Atlanta hope there will be cause for another World Series and parade, another opportunity for Cobb County officials to demonstrate their championship crowd expertise. But considering the age-old baseball custom against preplanning for victory, they won’t put plans in motion too far ahead. 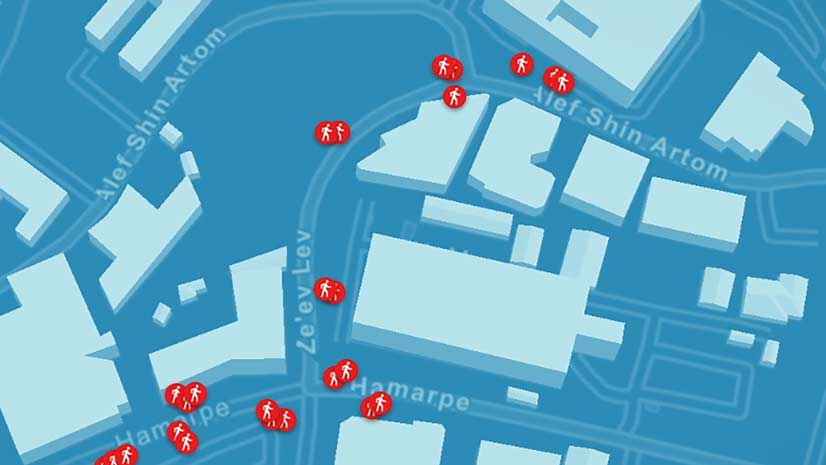 The spatial analysis capabilities in Esri’s software is used on the data collected by Mobileye's image recongition software.

Kuwait, an early adopter of GIS, is now blazing trails in machine learning. 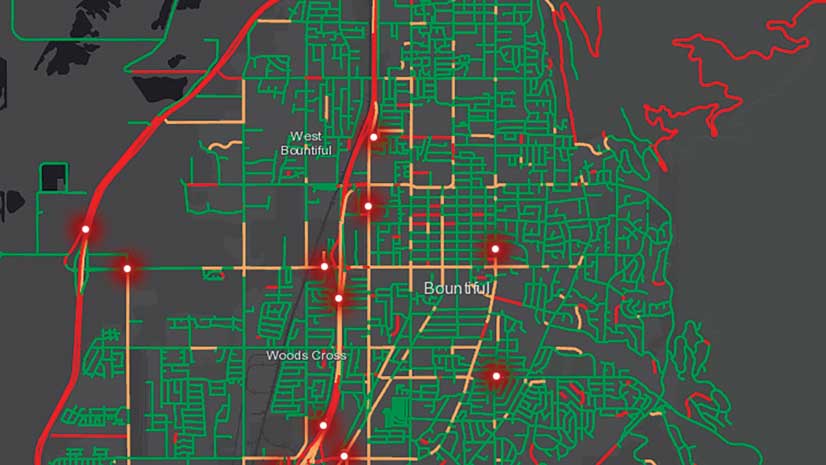