Arcade is an expression language that allows you to define custom content in ArcGIS applications for desktop, mobile, and the web. Arcade expressions give you the flexibility to create dynamic popup elements, calculate new values, and format data. In this post, I’ll demonstrate how you can use Arcade to map diversity.

First, I’ll provide details describing my methodology, then we’ll explore the results with a ton of maps.

When the 2020 United States Census numbers were released, the summary of responses showed the U.S. is more diverse than ever. In the context of demographics, diversity usually refers to the level of variation that exists in a population with respect to race and ethnicity.

In fact, Esri provides a diversity index that returns a value between 0-100 for each census tract in the U.S. A diversity index indicates the probability that two people selected at random within an area belong to a different race or ethnicity. Therefore, higher numbers indicate more diversity.

Recently, I came across this layer containing data for languages spoken in the home. It reports the number of people speaking languages in the following categories:

Read this article to learn why the U.S. Census Bureau collects data about languages spoken at home.

I loaded the layer in the ArcGIS Online Map Viewer and created a predominance map. A predominance map shows which language group is most common among the people living in an area. Southern California immediately revealed interesting patterns.

As opposed to predominance, which focuses on the most common category, a diversity map will communicate the variety within the area. Low diversity areas will coincide with areas that show strong predominance for one category.

This formula returns a number between 0 – 1, indicating the probability that two individuals selected at random belong to different groups or categories. The higher the score, the higher the diversity in the area for the given variables.

I wrote the following function in Arcade to calculate Simpson’s Diversity Index for any set of categories within a population. For readability within the map, I decided to multiply the final index by 100 (e.g. representing probability as 50% is easier to read than 0.5).

Let’s input a few test values to see how this index works. If there are five groups, where one has 100 individuals and the others each have zero, the function will return 0. This indicates there is no diversity since all individuals come from a single group.

Conversely, maximum diversity is indicated by all groups having the same population. To test this, I provided the function with five groups, each with 100 individuals. It returns an index of 80. In other words, there is an 80 percent chance that two individuals selected at random will come from different groups.

Note that there can never be a result of 1 (or 100%). The highest possible score returned from Simpson’s Diversity Index will always be (n - 1) / n, where n is the number of categories considered.

Therefore, a higher number of categories combined with similar populations in each category will result in a higher diversity index.

Once the function was written, I referenced the total number of people in each language category as inputs to the function.

Clicking OK in the Arcade editor executes the expression for each feature in the layer. Once the expression finishes, a style is created based on statistics summarizing the output for all features. Selecting an above-and-below theme reveals the following map.

What is meant by high vs. low diversity?

Since the average diversity index of Census tracts in the U.S. is 25, I could have reasonably used that value as the middle point of my color ramp. That would show areas that have a higher language diversity than the national average.

So why use 50 as the inflection point? I chose 50 as the middle value because it represents the point at which you are more likely than not to randomly select two people that speak different languages in the home.

The following maps explore language diversity compared with maps showing the predominant language group spoken in the home in a few select cities. The size of the circles in each map corresponds to the total population ages 5 and older in the area.

Click here to view the live web map and explore the data on your own.

Open this app to explore this data in other parts of the United States using a Swipe widget.

Three of the five categories used to calculate diversity are aggregates: Asian and Pacific Islander languages, Other Indo-European languages, and Other languages. The remaining two categories are individual languages: English and Spanish.

Using aggregate data is problematic for calculating diversity because it doesn’t consider the diversity that exists within the aggregate categories. Consider how the data used to calculate language diversity is represented as five categories when in reality more than 380 languages are spoken in the home in the United States.

Therefore, the diversity index reported in my maps are conservative estimates of language diversity.

If I add the total Spanish speaking population as a second variable to the layer’s style, the Map Viewer will replace the fill symbols with marker symbols. The larger the size of the symbol, the higher the number of Spanish speakers in the tract.

Therefore, the maps below show the number of Spanish and English speakers in each area within the context of overall language diversity.

The Living Atlas recently added layers containing the populations of specific Asian groups at the state, county, and tract levels. Many people in these groups speak different languages, but are represented within a single category in the languages layer. Because of this, I was eager to explore the diversity that exists within Asian populations.

I used the same Simpson’s Diversity Index Arcade function in the layer’s style. However, this time I referenced numbers from 23 specific Asian groups and created the following map.

Check out the diversity of specific Asian groups in the following maps.

These maps clearly show the high diversity that exists within Asian populations on their own.

The predominance style reveals the predominant group of each low diversity area. Because I can only map up to 10 categories with predominance, I chose to consider only the most populous categories as reported by the Pew Research Center.

The default popup on these layers displays a chart visualizing the populations of each group relative to one another. A single tall bar indicates low diversity populations. Several bars indicate more diversity in the population.

To learn more about the demographics of Asian Americans in the United States, check out the following article from the Pew Research Center.

Key facts about Asian Americans, a diverse and growing population

Diversity of Hispanic and Latino groups

The results almost look like the inverse of the map of diversity among specific Asian groups. Most census tracts in the United States show low diversity among Hispanic and Latino groups. High population areas in Florida and the east coast are exceptions.

The predominance map for the same extent shows that most people of Hispanic origin in the United States are Mexican.

However, Florida and New York have high populations from other Hispanic/Latino groups, making them perhaps the most diverse areas among Hispanic and Latino populations.

The following maps show predominant Hispanic/Latino populations considering the most common groups as reported by the Pew Research Center, and groups within Central and South American subgroups.

To learn more about the demographics of people of Hispanic/Latino origin in the United States, check out the following article from the Pew Research Center.

Explore these maps on your own

The following apps allow you to explore diversity and compare it with predominance for each of the variables described in this post. I encourage you to explore the data in each to learn more about the diversity that exists within each each category.

The term diversity intentionally focuses on the differences that exist in a population. This may include differences in race, ethnicity, language, culture, religion, age, gender and many other categories. As I reflect on my associations and friendships with neighbors, coworkers, and other associates from all sorts of backgrounds, I am reminded of two things:

While the maps I shared above focus on the diversity of specific categories, don’t forget that more diversity exists in each area than the data actually reports. 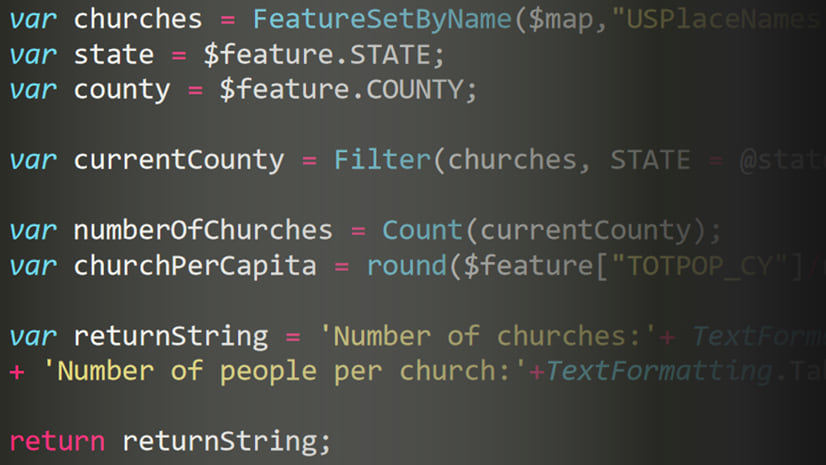 Take your pop-ups to the next level by using Arcade to drive content elements. 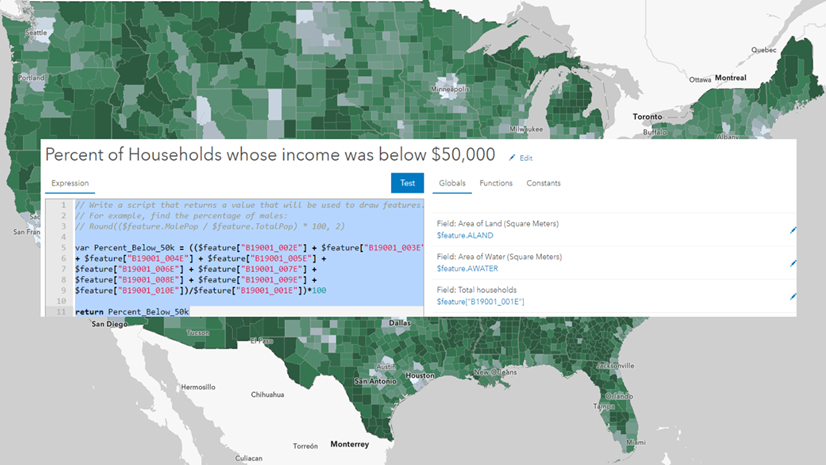 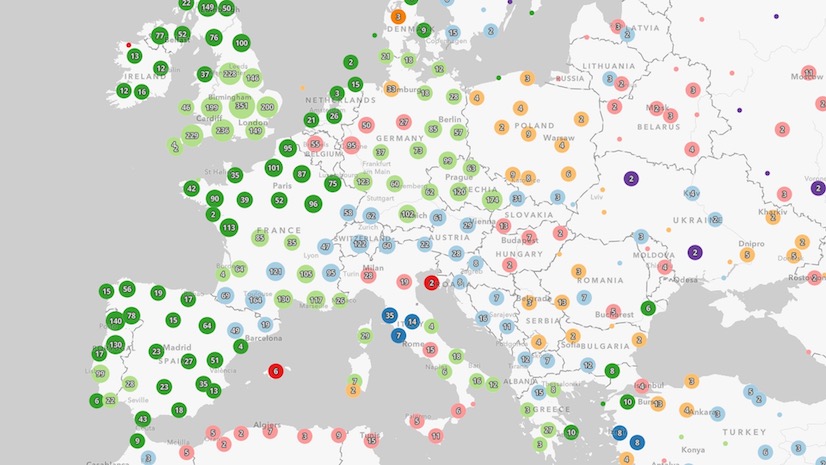