From hundreds of new and refreshed +Metro cities, to a massive broad area update of the United States, we have been very busy producing, curating, and publishing content for World Imagery. 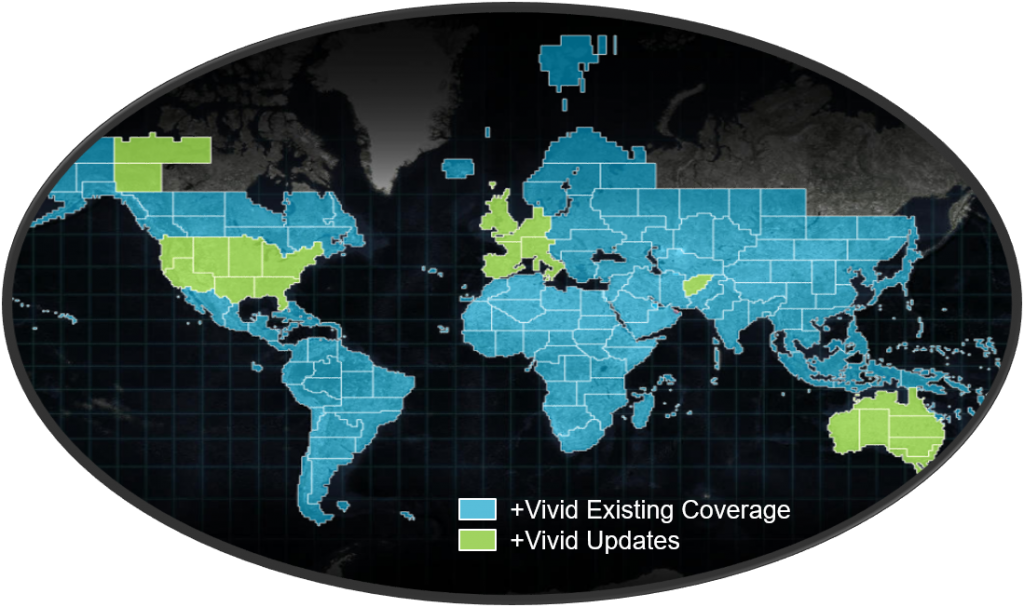 The release of +Vivid across the United States is a significant step forward in terms of optimizing the overall depth, breadth, and currency of World Imagery coverage…

Sample comparison of NAIP 2016 vs +Vivid 2016 over Lower Manhattan…

In our ongoing effort to ‘keep it fresh’, since October, World Imagery has received new imagery for 340 +Metro cities. That is more than half of our total +Metro city count! More than 300 of these cities are second generation publications…fresh imagery for cities that we just published within the previous year! Check out What’s New – DigitalGlobe Basemap +Metro for some highlights and a full listing of cities.

We’ll close today’s post with best wishes and a very Happy New Year to our user community! Check back with us throughout 2018 for the latest in World Imagery updates!

As Principal Project Manager for all things imagery in ArcGIS Living Atlas, Robert takes great pride in enabling the Esri community with the rich geographic information that Living Atlas provides...information to complement and enhance the ArcGIS system...information to support and drive the Science of Where.