Getting Straight on 3D Terminology

With 3D GIS, you bring an extra dimension into the picture. You can see your data in its true perspective in remarkable photorealistic detail, or use 3D symbols to communicate quantitative data in imaginative ways, creating better understanding and bringing visual insight to tricky problems. Let’s take a look at some commonly used terms in 3D GIS.

GIS content can be displayed in 2D or 3D views. There are a lot of similarities between the two modes. For example, both can contain GIS layers, both have spatial references, and both support GIS operations such as selection, analysis, and editing.

However, there are also many differences. At the layer level, telephone poles might be shown in a 2D map as brown circles, while the same content in a 3D scene could be shown as volumetric models—complete with cross members and even wires—that have been sized and rotated into place. At the scene level, there are properties that wouldn’t make sense in a 2D map, such as the need for a ground surface mesh, the existence of an illumination source, and atmospheric effects such as fog.

3D content can be displayed within two different scene environments—a global world and a local (or plane) world. Global views are currently the more prevalent view type, where 3D content is displayed in a global coordinate system shown in the form of a sphere. A global canvas is well suited for data that extends across large distances and where curvature of the earth must be accounted for: for example, global airline traffic paths or shipping lanes.

Local views are like self-contained fish bowls, where scenes have a fixed extent in an enclosed space. They are better suited for small-extent data, such as a college campus or a mine site, and bring the additional benefit of supporting display in projected coordinate systems. Local views can also be effective for scientific data display, where the relative size of features is a more important display requirement than the physical location of the content on a spheroid.

A “surface” is like a piece of skin pulled tight against the earth. Surface data by definition includes an x-, y-, and z-value for any point. A surface can represent a physical thing that exists in the real world, such as a mountain range, or it can be an imagined surface that might exist in the future, such as a road grading plan. It can even show a theme that only exists conceptually, such as a population density surface. Surfaces come in a wide variety of accuracies, ranging anywhere from high-resolution, 1-inch accuracy all the way down to a low-resolution surface with 90 meters or coarser accuracy.

Surfaces are fundamental building blocks for nearly every scene you will create because they provide a foundation for draping other content. Sometimes the surface itself is the star of the show (like a scene of Mount Everest). Other times the surface serves a more humble role of accommodating other crucial scene data, such as aerial imagery or administrative boundaries. And surfaces can also provide base-height information for 3D vector symbols, such as trees, buildings, and fire hydrants, for which their vertical position within the scene might not otherwise be known.

Symbolizing features using a real-world size is extremely common in 3D. For example, it’s expected that buildings, trees, and light poles all be displayed at the same relative size in the virtual world as they exist in reality. Even some thematic symbols, such as a sphere showing the estimated illumination distance of one of the light poles, will help communicate the notion of real-world size.

However, it is also useful to have symbols in the scene that are an on-screen size instead. That is, as you zoom in and out of the scene, the symbol always displays with the same number of pixels on the screen. This effect is analogous to a 2D map layer whose symbol sizes do not change as you move between map scales.

This post is excerpted from The ArcGIS Book, Second Edition: 10 Big Ideas about Applying The Science of Where, by Christian harder and Clint Brown. The twin goals of this book are to open your eyes to what is now possible with Web GIS, and then spur you into action by putting the technology and deep data resources in your hands. The book is available through Amazon.com and other booksellers, and is also available at TheArcGISBook.com for free. 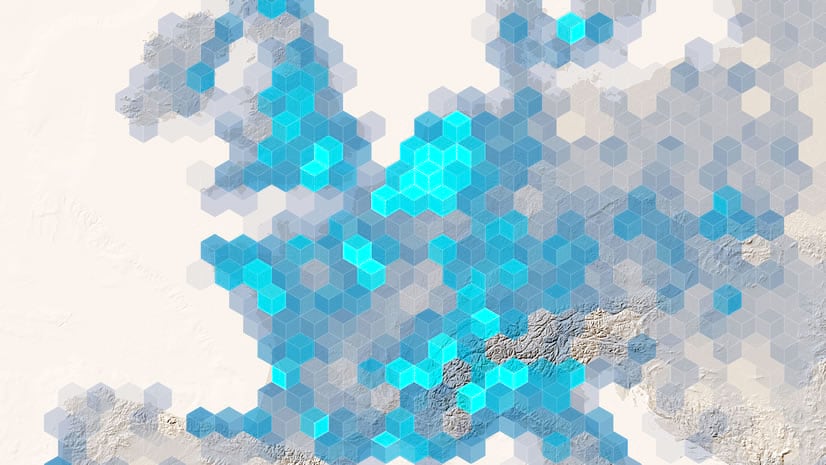 Mapping the Third Dimension: A Change in Perspective

3D is how we see the world. With 3D Web GIS, you bring an extra dimension into the picture.