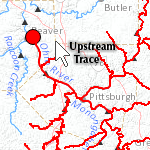 The USGS National Geospatial Program is proud to announce the release of a dynamic map called Streamer, which allows a web user to map upstream and downstream traces and generate reports for each trace (including a map of the trace; its direction, total length, and outlet waterbody; its origin’s stream name, coordinates, and elevation; and counts of the number of gages, streams, states, counties, and cities along the trace.)

Streamer’s analytic functionality is fueled by the medium resolution NHD and NHDPlus datasets generalized to one million-scale. Read more about Streamer in the USGS National Hydrography Dataset Newsletter, Vol. 12, No. 9, July 2013. 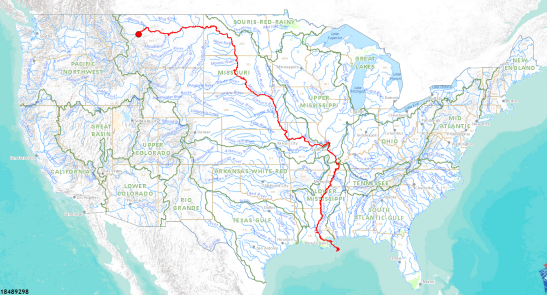