by Stephen Jackson, Graduate Research Assistant, Center for Research in Water Resources, The University of Texas at Austin, srj9@utexas.edu 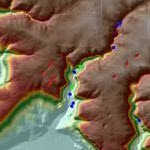 Extracting hydrologic features such as stream centerlines and watershed extents from a Digital Elevation Model (DEM) typically requires first hydrologically conditioning the DEM. In this process the elevations are modified in order to clearly establish flow directions. Operations such as Flow Direction and Flow Accumulation can then be performed on the conditioned DEM. The Optimized Pit Removal tool provides an alternative to the Fill method of removing pits from a Digital Elevation Model (DEM).

A pit (or sink) is the lowest point of a depression with no outlet. This may be a real aspect of the terrain or an artifact of pre-processing operations on the raw terrain data, such as the removal of trees to create a bare earth LiDAR model. As localized points with no outlet, pits hinder the automated detection of regional flow paths. The current standard method of removing pits is to use the ArcGIS Fill tool.

One downside to the Fill method of removing pits is that it tends to obscure meaningful elevation data for wide areas upstream of any dam-like feature. This is especially prevalent when the terrain is flat and when working with high resolution data such as LiDAR. A new tool is now available based on the alternative pit removal strategy described by Pierre Soille (2004). This Optimized Pit Removal tool uses a combination of cut and fill to remove all undesired pits while minimizing the overall changes to the landscape. The user can choose to either minimize the absolute change in landscape elevation summed across all cells, or to minimize the net change in landscape elevation (effectively balancing cut and fill). An option is also provided to exclusively use cut.

The Optimized Pit Removal tool results in more natural flow path delineation upstream of dam-like features. This facilitates the delineation of fine-resolution flow paths at scales where obtaining vector data for stream burning would be infeasible, as well as reducing the amount of manual adjustment required for delineation at any scale.

Using a 1 meter resolution LiDAR DEM provided by the Minnesota Department of Natural Resources, flow accumulation results were compared. In the above example, flow paths are displayed for every cell with a drainage area greater than 100 square meters. Using the standard ArcGIS Fill tool results in wide regions where all meaningful information is obscured. This effectively sets a lower limit on the scale to which analyses can be performed. In contrast, the results from the Optimized Pit Removal tool immediately appear more natural. On closer inspection the flow paths can be seen to follow vegetation coloration patterns, building lot lines, and even the curves of cul-de-sacs.

Appropriate conditioning, especially the choice of which depressions to remove, is dependent on the type of analysis being performed. For some applications, it may be desirable to leave selected pits in the DEM. The Optimized Pit Removal tool accomplishes this by treating any cell with No Data as a flow outlet, allowing the user to mark specific pits to be left unaltered. This method could also be used to mark inlets to underground conveyance structures, aiding in integrated surface water/storm sewer modeling.

The tool is available to download for free from the Center for Research in Water Resources, with additional documentation and sample data. Feedback, including interesting case studies and suggested improvements for future versions of the tool, can be directed to Stephen Jackson (srj9@utexas.edu). 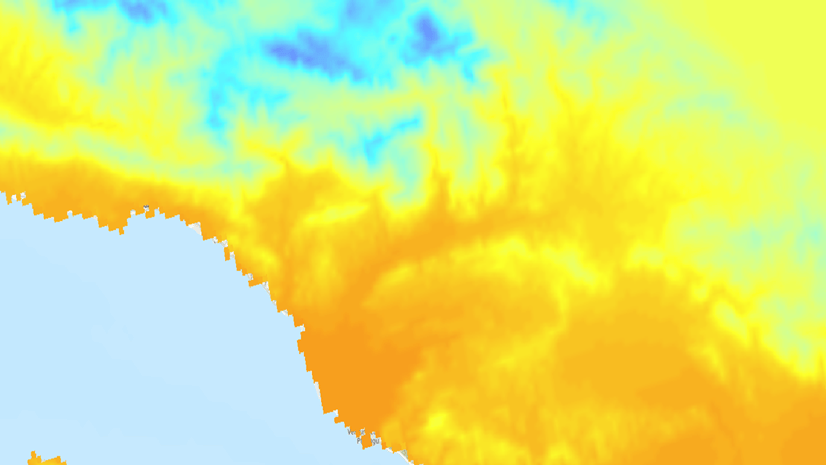