In our previous blogs, we discussed how to use ArcGIS Pro and the Water Distribution Utility Network Foundation to create, manage, and validate subnetworks. In addition to managing the error features reported by the application, there are several other checks that customers often perform as part of their quality assurance program. The issues identified by these checks aren’t considered errors because they are often acceptable and shouldn’t prevent users from completing their work or analyzing data in the system. The following diagram shows a basic quality assurance process used by some customers to identify and manage issues. The workflow ensures each issue is either confirmed and resolved or rejected and marked as being an exception.

*These were subnetwork errors in earlier releases of the software; now they can only be identified through a quality assurance program.

The pressure zone offers the most fundamental way that data in water systems is organized, so in most situations we expect features to participate in a pressure zone. The major exceptions to this rule are the water lines between system controllers and pressure zone controllers, cathodic protection features, or features that are not in service.

When you find a feature that does not belong to a subnetwork, the first step is to determine whether it should belong to a subnetwork. When large areas of features are abandoned, you may find that some of the abandoned features didn’t have their lifecycle status set to be abandoned, causing the system to think that these features should be in service. By correcting the lifecycle status of the feature, the feature will no longer require review during your quality assurance process.

If you’ve found an area that doesn’t belong to a pressure zone, but you believe it should, the first thing you need to determine is how it should be connected. In the example below, we see that there are two areas highlighted in orange that do not have a pressure zone. We suspect the three locations, pointed to with arrows, be causing issues.

The first area is an isolated service line.

In the second area, we see the system stopping at a check valve.

If we determine that the valve terminals are incorrect, we use the modify terminal associations tool to assign each pipe to the correct terminal on the check valve. If the valve was incorrectly rotated, we do not change the terminal connections and instead rotate the valve. This also means that we need to continue our investigation for why this area isn’t pressurized.

The third area shows the pressure zone stopping at a closed valve. Although the GIS is the system of record for valve status sometimes it contains data from historical systems that were inaccurate, or changes can be made in the field that aren’t reflected in the GIS. Because of this we occasionally need to verify the status of equipment with engineers or a field crew. If you confirm that the valve is open, then this resolves the issue. If you confirm that the valve is closed, then you will need to explore other pipes and valves in the area to determine how this area is served. An engineer who is familiar with your system should be able to answer this question.

Once you’ve corrected the issue and updated the pressure zone in default, the feature’s subnetwork name will be populated.

We expect every active feature in our water network to participate in either the water system or the cathodic protection system. The ArcGIS Utility Network was originally designed to enforce participation through error features; however, this constraint was relaxed and is something you must check using your quality assurance process. This decision was made because many customers were incrementally loading their data in such a way that some pressure zones were being loaded before their supplies were being loaded. This prevented customers from updating and validating pressure zones.

A common approach for identifying this issue is to validate data using a tool like ArcGIS Data Reviewer, or to have a layer in your map that highlights the features using definition queries. The Water Distribution Utility Network Foundation solution includes an example map, called the Water Distribution Data Audit map, that can be used for quality assurance. The layers in this map use definition queries to show all active, noncathodic equipment that doesn’t have a system subnetwork.

To accurately capture the scenario described above, we need to adjust the query below to ensure that we are only looking at features that belong to a pressure zone and don’t have a system yet.

If you find one or more complete pressure zones that don’t belong to a system, then you will create an exception for the features in those zones and revisit the features once the appropriate system controllers have been loaded.

In the following example, we have a small pump station the helps fill a storage tower and provides water to a small area. The quality assurance layers show that everything upstream of the pumps doesn’t have a system or pressure zone, but everything downstream of the pumps has a pressure zone but no system. In this case we haven’t yet loaded the records that show how the pump station and storage tower are connected to the entire distribution system, so we create an exception for this area.

If you’ve found a small area that has a pressure zone but doesn’t participate in a system and you believe it should, then you will need to determine how it is connected to the system. We will use the example from above where we loaded an isolated pump and storage system. Once the rest of the water system has been loaded, we see that there is a transmission main that ends abruptly near the station.

After discussing the system and station with one of our engineers, we have confirmed that this transmission main connects to the station and that there are several additional pipes and fittings we need to model to complete the connection. We add these features, with the appropriate identifiers, then validate our topology and update both the system and pressure zone subnetworks. We can now see that all the features in the area belong to the larger distribution system as well as their original pressure network.

Most networks are designed so that a given feature only belongs to a single system and pressure zone at a given time, and this constraint is enforced by the inconsistent network name error. However, it is not considered an error if a small section of a system or pressure zone is fed by controllers from different networks as long as the controllers can’t connect to one another. Because this is not a typical situation, you should always investigate these areas in your data.

Most networks are designed so that a given feature only belongs to a single system and pressure zone at a given time, and this constraint is enforced by the inconsistent network name error. However, it is not considered an error if a small section of a system or pressure zone is fed by controllers from different networks as long as the controllers can’t connect to one another. Because this is not a typical situation, you should always investigate these areas in your data.

If you determine that the areas really are part of two systems or pressure zones, then you can create an exception for this issue.

If you review the features and determine that the problem is that the two parent systems should be considered the same system, then you should use the modify subnetwork controller tool to update the names of one or both of the subnetworks to match.

In this above example we can see that the area is all part of the same system so we use the modify subnetwork controller pane to rename the controllers for the system.

If the area being supplied by two controllers should not be, then you will want to examine the equipment in the area for correctness.

The first thing you should do is examine the status of the valves in the area to see if there is a valve that could be closed that would isolate the area.

If neither of these options resolves the issue you should consult an engineer or planner to determine whether this situation is correct or whether there is additional information not captured in the GIS.

Now that you’ve read all three blogs in this series, you are well-equipped to create and manage your own subnetworks! We recommend that you keep a link to these blogs handy in case you need to refer back to any of the examples or screenshots provided. Fortunately, all of these articles and a series of error reference guides can be found in an article in the Utility Network section of Esri Community. We recommend that you use the ArcGIS Utility Network community page to ask any questions you may have—or answer others’ questions—about the utility network so that we can all be successful together!

Robert Krisher is a Product Engineer with Esri who has over 15 years of experience implementing Enterprise GIS for Utilities.

Remi is the Product Manager for the ArcGIS Utility Network and spends his free time exploring the US Southwest desert and California beaches. 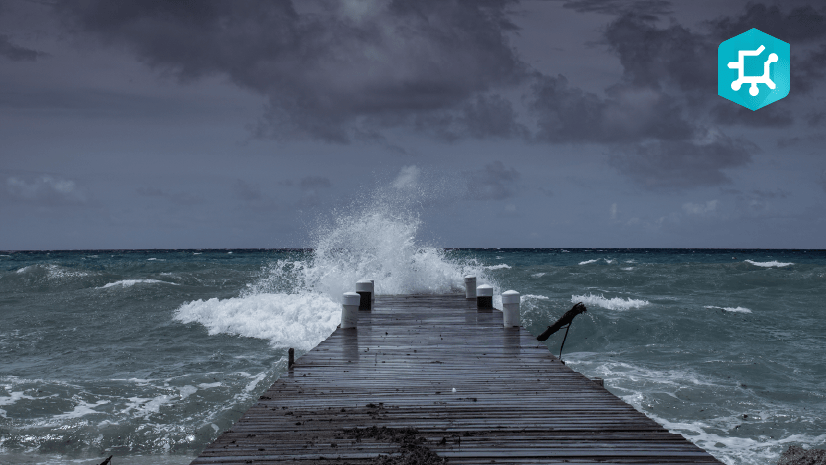 In this blog we show you how you can use the ArcGIS Utility Network and ArcGIS Pro to create, manage, and validate water subnetworks.

This article will show you how to identify and resolve some of the most common topology errors in a Water Utility Network.

This article will show you how to use ArcGIS Pro and the Water Utility Network Foundation to find and resolve water subnetwork errors.

This article is a guide for GIS Professionals to the first five key steps to every successful Utility Network implementation.