Learn more about the presentations you'll see on the main stage at Esri UC.

There's nothing quite like being with 19,000 fellow attendees to experience how your peers are improving the world with The Science of Where.

In the presentations below, you'll see how GIS and a geospatial infrastructure power understanding for positive change.

Biodiversity Conservation—Mapping the Places that Matter the Most

NatureServe is the hub connecting a western hemisphere network of biodiversity information centers. Together this network creates, manages, analyzes and shares data on biodiversity and ecosystems to support decision making. In the U.S., NatureServe works with Natural Heritage Programs in all 50 states to aggregate conservation data for over 70,000 species across the country. Through the use of GIS and cloud computing, the NatureServe network has developed the Map of Biodiversity Importance - a fine resolution spatial analysis of over 2,500 species at risk in the continental U.S. Learn how this transparent, repeatable and interactive map can help guide more effective conservation actions.

Named the “crown of the valley,” Pasadena has developed over the last 145 years into one of Southern California’s most livable and innovative communities. The City of Pasadena brings this innovation to all of its departments through GIS. From managing its resources at the Tournament of Roses Parade and Rose Bowl Game, to collaborating with surrounding cities on emergency management, to implementing community programs to improve livability, learn how the City of Pasadena is using ArcGIS to inspire innovation and ingenuity, and design an intelligent city for its residents, visitors, and businesses. 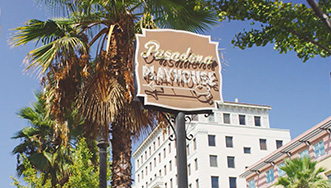 Learn what makes Pasadena, California one of the most innovative and livable communities in Southern California.

The City of Zwolle, Netherlands, recognizes that they will likely face challenges resulting from climate change, and they are undertaking efforts to improve their ability to adapt to changes as they occur. In order to understand those changes, they must first be able to monitor them, and so the city established a sensor network to track weather and air quality, connecting this sensor network to the ArcGIS platform. To gain support from citizens, the city is using ArcGIS Hub to publicize and provide information about the project, leading to greater citizen involvement. Learn how citizens in Zwolle are developing their own inexpensive groundwater monitoring devices, connecting this all to the Hub. 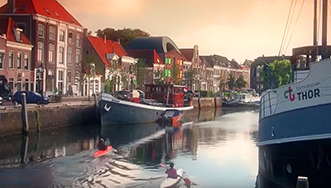 Learn more about the City of Zwolle, Netherlands, where quality of life and sociability go hand in hand.

On the surface and underground, uncover how enterprise asset management systems and an integrated geospatial infrastructure keeps New York City in motion.  Through sophisticated linear referencing systems, mobile workflows, and innovative approaches, MTA manages and operates more than one trillion dollars’ worth of assets with the nation’s largest bus fleet, and more subway and commuter rail cars than all other U.S. transit systems combined.

Serving Military Members and Their Families When Catastrophe Strikes

Wildfires turn memories into ashes in a moment. Tornadoes blow through communities without much warning. Hurricanes rip lives apart. From minor damage to total losses, natural disasters put lives on hold while structures are rebuilt and lives reestablished. Recovering from a natural disaster is not only emotionally draining but financially draining as well. United Services Automobile Association (USAA), an insurance company based in San Antonio, Texas, recognizes the impacts disasters have on its members. Learn how they deploy remote-sensing solutions to help members get back on their feet quicker, even before the embers are extinguished.

ArcGIS Indoors—Building the Digital Ecosystem for the ExxonMobil Headquarters

ExxonMobil is using ArcGIS Indoors to create and manage a foundational geospatial map for their Houston campus, allowing everyone access to relevant information in real time. GIS is helping the company develop a more efficient way to work through the optimization of on-site activities—resulting in the ultimate workplace experience for its more than 10,000 residents and visitors.

It is the responsibility of the U.S. Census Bureau to administer the constitutionally mandated count of the U.S. population, a pursuit that has been undertaken every ten years since 1790. This process of counting every person in the United States is intricate and comprehensive. Through the use of GIS workflows in both operations and the field, the U.S. Census Bureau is creating efficiencies to establish where to count. They are also using GIS to create applications that motivate people to respond, ensuring a more accurate count of the population in all communities of our nation. Discover what it takes to mobilize everyone.

African Parks takes on the complete responsibility for rehabilitation and long-term management of 15 national parks on the continent, in partnership with governments and local communities. The non-profit conservation organization works to conserve Africa’s wildlife and remaining wild areas, secure vast landscapes and carry out the necessary activities needed to protect the parks and their wildlife for the benefit of people. Through the help of GIS, the team can analyze and understand wildlife movements and various threats to predict where poachers may strike next. This use of GIS for conservation intelligence gives park rangers the additional tools they need to go beyond analysis of the past – dynamically-assessing the present and transforming data for management to make decisions that realign conservation with its intended outcomes, ensuring that each park is ecologically, socially, and financially sustainable in the long-term. 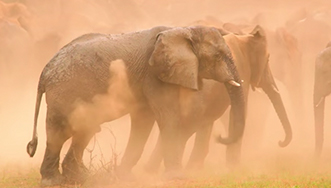 Discover more about how African Parks takes on direct responsibility for the rehabilitation and long-term management of national parks and protected areas.

The Differences We Share—Effecting Change in Northern Ireland

For the latter part of the 20th century, Northern Ireland, officially part of the United Kingdom but sharing an island with the Republic of Ireland, saw violence between the nationalists (mostly Roman Catholic background) and unionists (mostly Protestant background). The Good Friday Agreement of 1998 sought to end this conflict, by establishing peace between these two communities and guiding how Northern Ireland should be governed. But even 20 years on, Northern Ireland remains divided. Yet, hope is on the horizon. Young students in Lurgan—a town of 25,000 south of Belfast—are using Survey123 for ArcGIS to record data across sectarian lines. After analyzing the data collected, the students from conflicting backgrounds find that they aren't that different after all. This is how change begins. Join the students of Lurgan to learn how youth are using GIS to make a difference in their community. 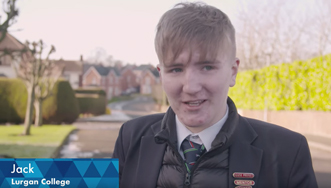 Lurgan is a very spatially divided town. Watch this video about the journeys of 45 students as they conducted a sentiment survey of 10 emotive locations in their town.

Want to see these presenters?

Add to your schedule