On July 12, Esri Chief Scientist, Dawn Wright, made history as she dove to the deepest place on Earth, Challenger Deep. Her mission? To use high-resolution sonar to map a part of our planet in never-before-seen detail. Here are 30 photos from her expedition, including images from Challenger Deep, 10,919 meters below the surface, maps from the expedition, and scenes taken within the sub.

The expedition began in Guam, where Dawn boarded the DSSV Pressure Drop, a vessel owned by ocean research and exploration company Caladan Oceanic, to journey to Challenger Deep.

Here, Dawn, on left, is standing at the port in Guam with Rochelle Wigley of Map the Gaps and the University of New Hampshire. They proudly hold the Seabed 2030 (a UN program dedicated to mapping the global seafloor in detail by 2030) flag before the expedition. Rochelle was responsible for processing and mapping the bathymetric data collected by the ship’s sonar. She also prepared planning maps for the submersible dives and instrument deployments.

New data from this expedition is being submitted to Seabed 2030 and ArcGIS Living Atlas of the World, the foremost collection of geographic information from around the globe.

Onboard! Let the Mapping Begin:

Onboard the ship, mapping is done with the Kongsberg EM-124 sonar system. This image shows Globie, the Esri mascot, in front of the sonar monitor. Dawn gave Globie to Rochelle to show appreciation for her work during the expedition. She put in 17 to 18 hours most days and kept Globie at the helm of the sonar system monitor.

Dawn and Victor Vescovo descended to a previously unexplored part of the Western Pool at ~142deg12’ E longitude. After her dive, Dawn was presented with a 37×26” printout of the map signed by members of the expedition team and ship’s crew.

Get more details about how Esri technology was used during this expedition here.

Preparing for the Dive:

The day before the dive, Dawn practiced getting into and out of the sub. She wanted to get a feel for where the rungs were located and where to turn and step when lowering herself down into the personnel sphere.

During this practice session, Dawn and her roommate, Kate Wawatai, climbed into the sub. Kate gave Dawn an instrument panel and safety briefing. Kate Wawatai is the only female member of the submersible support team and a fine submersible pilot in her own right. Kate is from New Zealand and hopes to one day pilot the sub to the deepest part of the Kermadec Trench, a sacred place in Maori history and culture.

Here, Dawn enters the sub on July 12, 2022 (Guam time), under the watchful eye of Shane “Speedo” Muhl, the sub support “swimmer” (one who swims out with the sub and hooks or unhooks its final tethering). Learn more about what Dawn brought with her inside the sub in this video.

Dive Route: This ​​map shows the planned survey route for the Limiting Factor submersible. This map was used by Pilot – Victor Vescovo, Mission Specialist – Dawn, and the topside survey team to navigate and track the sub’s position during the survey.

For the most part, Dawn and Victor successfully followed this track while diving, but they had to adjust for the drift of bottom currents as they traveled. Most of the first-ever sidescan sonar surveying at the deepest parts of our ocean was conducted along the southern wall between target points 3 and 4.

Down to the Deep:

Dawn and Victor share a light moment in the sub during the 4-hour descent to Challenger Deep. Victor is controlling the sub joystick. Dawn is holding the dive planning map. Dawn’s Snoopy is safely positioned over the starboard dashboard.

Touch Down Selfie! Dawn and Victor take time for a selfie after reaching the seafloor at an initial depth of 10,904 meters below sea level.

What did they see immediately upon touching the bottom? A BEER BOTTLE! Dawn: “This is further evidence that we as humanity MUST as humanity do BETTER by the ocean and the habitats that we ourselves share and ultimately depend on. There is no Planet B!”  Watch a video of this moment here.

Life in the Deep:

Two white, tube-dwelling anemones of the genus Galatheanthemum grow out of a basaltic rock formation in Challenger Deep. This is the only genus of this organism to be found at this extreme depth.

Dawn: “The strangest lifeforms that we encountered during the dive were these hydroids growing out of the basaltic rocks. These hydroids were identified by Dr. Alan Jamieson of the University of Western Australia.”

Dawn and Victor explored over 1500 meters of the southern wall in the Western Pool of Challenger Deep. This area had never been explored before. The broad coverage of the route allowed Dawn, an accomplished marine geologist, to observe a large swath of the Western Pool’s rocks.

Here, Dawn’s laptop screen shows data being collected by the sidescan sonar system as the sub traverses the southern wall of the Western Pool. Given the sub’s positioning at the time, the features of the wall are shown in the right and left portions of the laptop’s screen. The middle of the readout is the null region of no data in between the instruments’ two transducers.

Notice the chunky basaltic rocks seen at the bottom. These rocks are located in the subduction zone where the Pacific Plate subducts beneath the Philippine Plate. Dawn aptly has named this area “Flintstones quarry.”

Ascending: Snoopy kept watch for Dawn over her Starboard dashboard. The depth indicator to the far-left shows that at the time of the photo Dawn and Victor had ascended to 1019 meters, and thus were almost “home.”

Dawn and Victor celebrate after a successful dive of 10.5 hours, reaching a maximum depth of 10,919 +/- 6 meters, and including 2.5 hours of visual observation and sidescan sonar surveying on the bottom.

While the ship stopped above the Yap Trench, for the next submersible dive of Victor and Master Navigator Sesario Sewalrur to Yap Trench, Dawn assisted CBS News cameraman Roger Masterson by catching his drone for him, to protect it from landing dangerously on a wet, rolling ship deck.

Dawn: “Is it fun building with LEGO_Group® bricks at sea? What a question?! OF COURSE, IT IS!”

It was an absolute joy for Dawn to sail with these inspiring women, from L to R:

Nicole Yamase, the first Pacific islander to Challenger Deep and a doctoral student at the University of Hawaii; Kate Wawatai, as described earlier; Dawn, and Tamara Greenstone Alefaio, the program manager of the Micronesia Conservation Trust.

Big smiles from the DSSV Pressure Drop: Here the entire crew stands aboard the Pressure Drop and smiles for a picture by drone. Dawn, left on the front row, smiles wearing a red Stanford cap next to former President of Palau, Tommy Remngasau Jr., and first Micronesian to Challenger Deep, Nicole Yamese.

Dawn: “This is one of my favorite photos. Super submarine tech Kate Wawatai, explorer and owner extraordinaire Victor Vescovo, and I celebrate at the conclusion of the expedition! When I wasn’t wearing my Esri cap, I wore a Stanford cap to honor Victor as a Stanford alumnus 😊.

Reflecting on the dive and expedition:

Some of Dawn’s priceless treasures from Challenger Deep include: (1) a special pin presented to her by the expedition leader and designed by Don Walsh, the first person to dive to Challenger Deep. The pin depicts two sea creatures flanking the Trieste, the vessel in which Don Walsh and Jacques Piccard dove to Challenger Deep. (2) Dawn’s name and ship name panels for her dive suit, as given to her by the sub-support crew; (3) Palau’s very unique passport stamp at the end of the expedition; and (4) a styrofoam cup shrunk under hydrostatic pressure of 16,000 psi, the same pressure that the sub experienced.

To learn more about the mission, preparation, and science behind this dive, visit the dive ArcGIS Hub site here.

Victoria is an Industry Marketing Manager for Corporate Science Communications supporting Esri's Chief Scientist, Dawn Wright. She has a background in Earth and Environmental Science from Vanderbilt University. When she isn't marketing, she's passionate about science communications, sustainable fashion, photography, and wildlife. 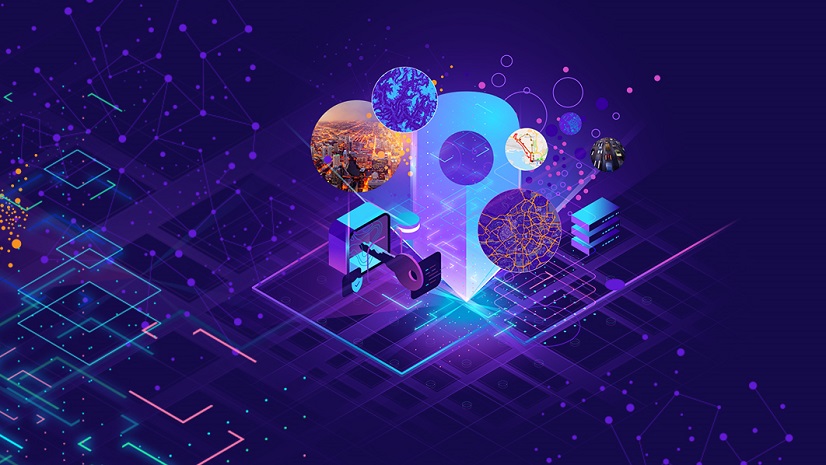 “Join the Rebel Alliance” - an Openscapes interview with Dr. Dawn Wright at MozFest 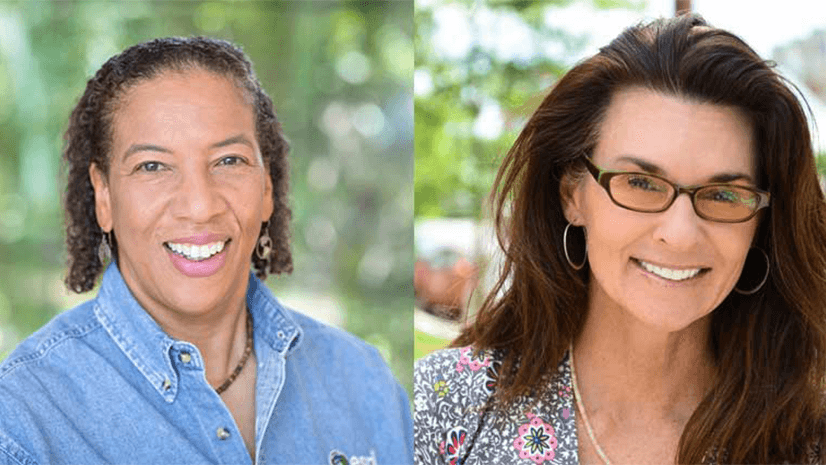 Key takeaways from the Chief Scientist of Esri at the 2021 Esri User Conference and a recap of the Esri Science Symposium. 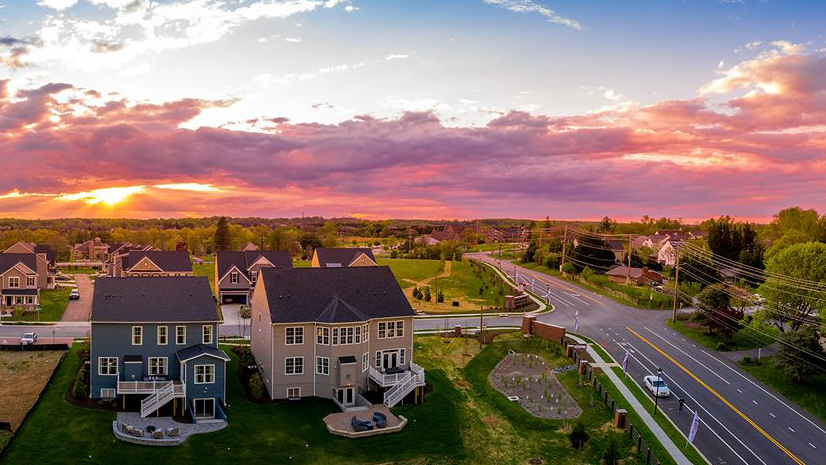