Geneva is the second largest city in Switzerland and one of the fastest growing areas in the whole country. Urban development in and around the city center is posing great challenges for the city and its urban planners. Since 2018, the Canton of Geneva has participated in the Early Adopters program of ArcGIS Urban and has evaluated the use of the tool for their needs – with interesting results.

The canton of Geneva is the cradle of more than twenty international organizations and is one of the world’s leading financial centers. The city regularly leads the rankings of the most livable places in the world. With a population of nearly 200,000 and a population density of around 12,600 people per square kilometer, Geneva is also the most densely populated city in Switzerland. The high density and a continuous population growth (around 1.8% per year) has led to large redevelopments in the over 2000-year-old city.

For years, the urban planning department of the canton was looking for better ways to evaluate and visualize design scenarios for newly developed neighborhoods. Additionally, the canton has many highly detailed 3D models of existing buildings. The urban planners also produce sophisticated 3D designs for rezoning that are presented to the public. 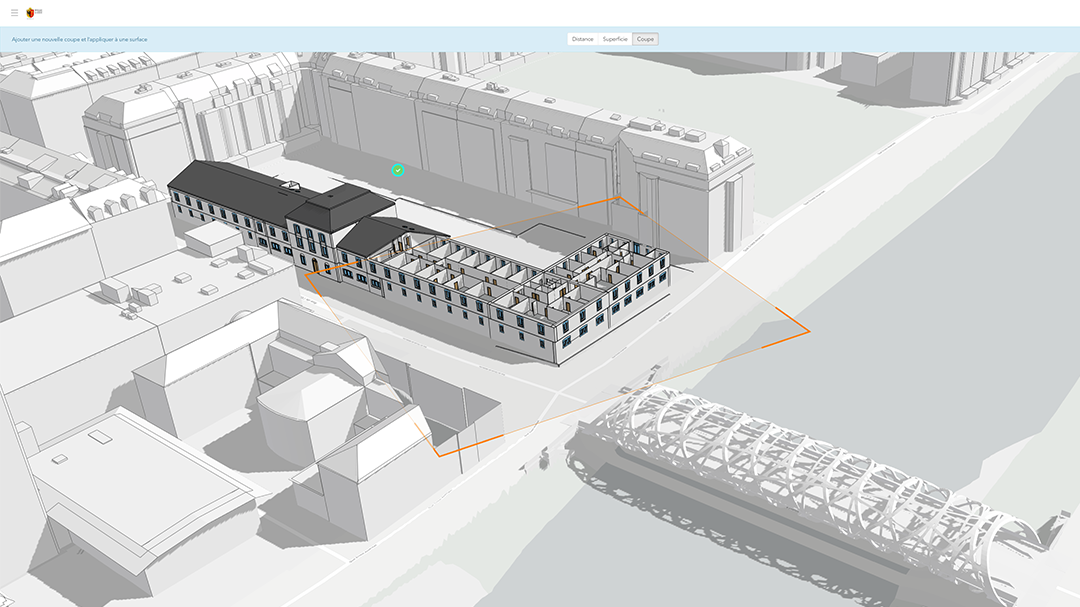 Detailed model of a bridge and the city’s ancient Arsenal building visualized in Urban.

With an upcoming large redevelopment of an area close to the city center, there was a need for a new and modern way to visualize these changes. The PAV (Praille Acacias Vernets) is a 230-hectare large plan that will be under construction until 2060. It will add over 12’000 new housing units, 6’000 new jobs as well as new schools, a large park and two rivers that are revitalized. Within the planned area, there are 6 distinct and unique neighborhoods and local identity.

The project will be realized in several different planning phases, requiring the canton to acquire tools to visualize possible scenarios.

We are thrilled that with ArcGIS Urban we are able to verify different urban design scenarios at multiple stages of the planning process by taking advantage of the accuracy of different levels of details.

When the PAV’s project manager Fabien Pignoly first evaluated ArcGIS Urban, his greatest interest was in a solution to visualize the complex planning phases over this large area – both for stakeholders and citizens. By utilizing the scenario switching in ArcGIS Urban, he was able to create this kind of visualization for the neighborhood ‘Acacias-Etoile’. In these neighborhoods, residential use will dominate, and large open spaces will be created. Already before using ArcGIS Urban, the urban planners sketched out different scenarios for a redevelopment in phases. These scenarios were published to ArcGIS Online and could then be simply attached to the corresponding project scenarios in Urban. The scenario switch made it very easy and intuitive to compare different phases and shows how the project will develop over time.

The different phases of the project ‘Acacias – Etoile’ visualized in ArcGIS Urban.

ArcGIS Urban was also used by the canton of Geneva to create new design scenarios based on an overall guiding image. In the case of the neighborhood named Grosselin, the main challenge was in facilitating the participation from multiple agencies and community groups in the vision for the area. This area is in the territory of the city of Carouge, so planning can be coordinated with communal services, facilitating a dialogue between authorities.

Getting up and running 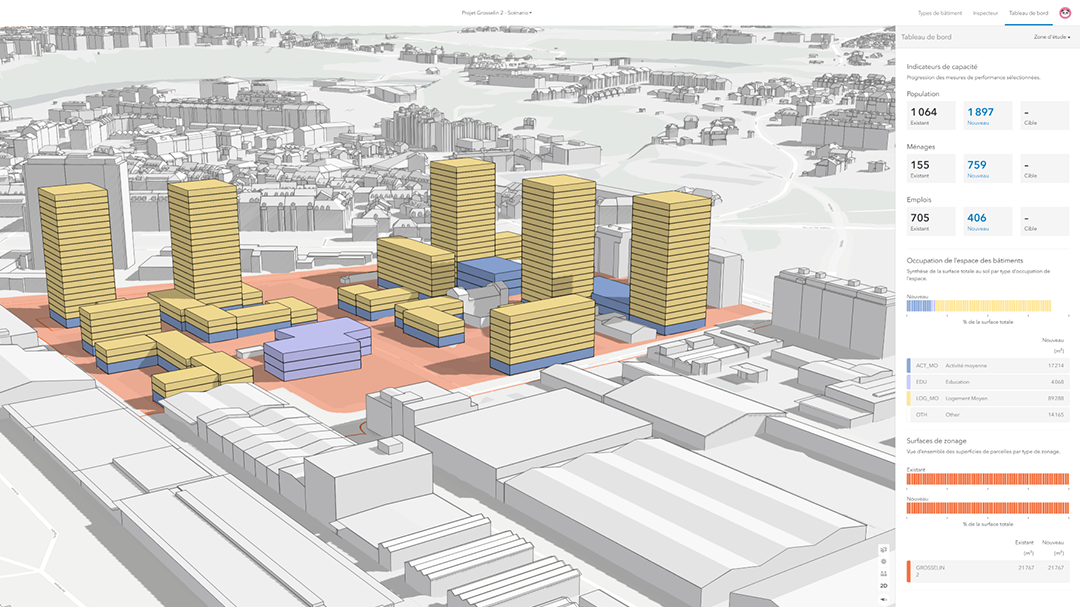 Geneva’s geomatics engineer and GIS expert Andréas Stussi loaded the future zoning codes and new parcel geometries into the Urban Database through ArcGIS Pro. New building types were created that matched the city’s architectural character and style. The urban designers were then able to generate and compare scenarios while calculating capacity indicators based on the plausible buildings created in Urban.

Geneva was able to use ArcGIS Urban to present the implementation of their urban planning workflows. At the same time, they provided valuable feedback to the ArcGIS Urban development team. The insights from the urban planners and geomatics engineers of Geneva have led to a better user experience and the creation of additional functionality in the application, like supporting existing values in the calculation of the capacity indicators. The cooperation between the canton of Geneva, the Esri R&D Center Zurich and Esri Switzerland has shown that useful functionality in a tool can only be achieved by fully understanding the end-user’s needs. ArcGIS Urban improves existing city planning workflows without the additional large overhead of data preparation and customization.

The first version of ArcGIS Urban was released in July 2019 and the canton of Geneva was one of around 25 early adopters who participated in the development of ArcGIS Urban before its release.