• Products highlighted in the article are ArcGIS Enterprise and  ArcGIS Pro.

With a campus of nearly 41,000 students and more than 100 undergraduate degree programs, the University of North Texas (UNT) has been preparing students to be the innovative leaders of tomorrow.

UNT has offered a geographic information system (GIS) certificate program for more than 20 years and until recently was the only institution in the Dallas-Fort Worth metropolitan area with a dedicated geography department.

Recognizing the versatility of GIS across various industries, faculty in the Department of Geography and the Environment introduced a new Bachelor of Science in GIS + Computer Science program in fall 2021. The blended undergraduate degree provides students foundational knowledge of geospatial data and a skill set for computing techniques.

"For the last 10 years or so, we have noticed that there was this wave, that GIS was becoming more ubiquitous—it was becoming more common for our alumni moving out of GIS specialized roles and into broader IT positions," said Steve Wolverton, UNT professor and department chair. "We wanted to be in a position to lead our GIS and geography community on that next wave."

Students enrolled in the program gain foundational GIS and computer science (CS) skills that prepare them for broad IT roles across industries including government, energy, infrastructure planning, logistics, real estate, and retail.

"The goal was to create a degree that was viable, unique to us, and that we know the market wants to work with," continued Wolverton.

Discussion for the blended degree program began in 2019. At the time, faculty had heard from alumni working in robust IT departments, where their roles required customizations, database management, programming, software development, and ArcGIS technologies integration skills—and they were learning on the job.

Recognizing these changing dynamics and a market demand for GIS graduates to have computer science skill sets, Wolverton, colleagues in the department, and UNT's College of Liberal Arts and Social Sciences dean met to discuss evolving the GIS program. Inspired by the conversation, the department researched institutions such as the University of Illinois at Urbana-Champaign and Stanford University, which had introduced computer science blended degrees. 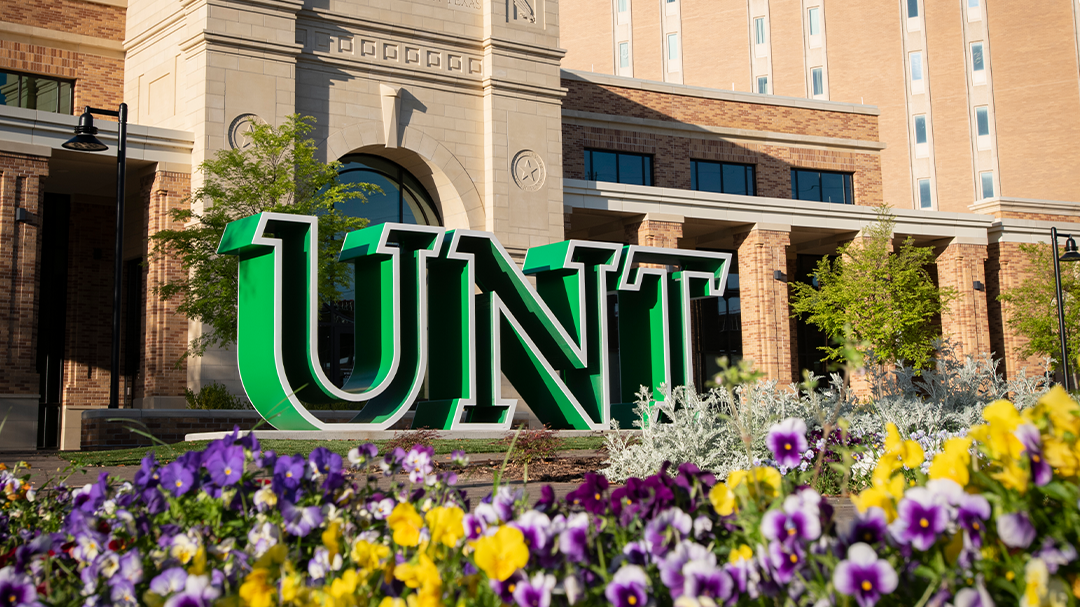 In the Fall of 2021 the University of North Texas Department of Geography and the Environment introduced a new Bachelor of Science in GIS + Computer Science program. The blended undergraduate degree provides students foundational knowledge of geospatial data and a skill set for computing techniques.

"What was interesting about the computer science plus specialization programs was many of them weren't in the colleges of computer sciences or engineering. They were often [in] liberal arts [colleges], and [they] had this reputation of being computer science light," said Wolverton. "For us, we needed the degree to be viable."

Faculty members worked to build the GIS portion of curriculum. While the process was lengthy, they decided to give the students the most value. All GIS course offerings in the department would be required. Next, they collaborated with the computer science faculty to develop the CS degree requirements for courses to be taken with instructors at the Department of Computer Science and Engineering. The careful planning ensured that the program would avoid being CS light and provide students the foundational skill sets their job roles required.

Students also have roughly 32 credit hours of elective courses to take. "We expect the electives to start to build out the thinker who is more than a computational person," Wolverton said. "I feel like [this setup] captured the different viable pathways for where our graduates could go with this degree."

With the foundations in place, the next step was convincing the university administration. Since the degree utilized existing coursework and no additional funds or staff were necessary, buy-in was quick.

"It was us asking the question, 'From our two programs, GIS and CS, what can we develop here that builds a cool career path for students?', and it was pretty natural to do from there," said Wolverton.

After students complete their GIS and CS foundational requirements, they have 15 credit hours of additional courses focused in one of two tracks of CS. One track focuses on CS structure with courses like programming, customization, software development, database fundamentals, and integrations. The second track is more IT-focused with enterprise system architecture (such as ArcGIS Enterprise), project management, and cybersecurity.

"GIS is housed often in IT departments, so the idea was that the program followed what was already in CS but made sense within the GIS context as well," said Lisa Nagaoka, UNT professor in geography. "The idea is that these skill sets become a little bit more specialized, depending on what the student is interested in doing [after graduation]."

According to Wolverton, a program like UNT's can be implemented at other institutions. What it comes down to is being open to change. "GIS is expanding, so our solution was to offer more. We are not seeking to be a huge program; we are seeking to be a really good program. We are reaching a much broader audience of students."

For students entering the workforce, having a knowledgeable background is one component to success. Having hands-on training is another. As such, the UNT Department of Geography and the Environment is working with businesses and organizations such as the local Urban and Regional Information Systems (URISA) chapter to secure internships for students to apply their classroom learning in a work environment.

In addition to internships through local entities, students at UNT can apply for various research projects and campus roles with department faculty to gain professional experience. For example, Lu Liang, UNT assistant professor and adviser for the new degree program, has employed 10 undergraduates and 5 master's and doctoral candidates on a nationwide project she is coleading with other universities. Students are gaining hands-on GIS, CS, and imagery skills, studying irrigation effects on landscapes, particularly in states with high rice farming, by using data and imagery from the US Department of Agriculture (USDA). Nicole Spero, a fourth-year undergraduate in the new GIS + CS major, works as a research assistant with Lu Liang, UNT assistant professor and adviser for the new degree program. Spero stitches and annotates imagery for a nationwide project.

"I really like to bring in students from this major, especially female students, because they are typically underrepresented in this program and high-tech fields," Liang said. "This is an opportunity for them to gain hands-on experience and integrate what they know—to reflect [on] what they have learned in the classroom and see a broader picture of how these two disciplines come together."

Nicole Spero, a fourth-year undergraduate in the new GIS + CS major, joined Liang's project as a research assistant to stitch and annotate imagery. "Participating in this project really confirmed that this was the major I wanted to pursue," Spero said. "If you have a curious mind, this [major] can be insightful, exciting—these are not concepts or things I would have learned had I not done this major, and it is better to learn now than later in the workforce."

Spero joined UNT first as a geography major and switched after taking GIS classes and an introductory programming course. She saw the broad uses of GIS in other studies such as environmental science and biology. After her programming course, she realized the bigger role data played. "I wanted to fully grasp GIS technology and utilize it in a meaningful way," Spero said.

"An interesting part of this major has been taking those foundational computer science courses because they are taught by professors in an entirely different department. It can be intimidating at first, hopping from one environment to another, but in the long term, again, it's another opportunity to interact with different people, teaching styles, and perspectives, like when you are in the workplace," Spero continued.

For Liang, a collaborative project like this has additional benefits than completing the research. "Projects like these are so advantageous not just because of the hands-on experience and research that is accomplished but [also] the versatility," Liang said. "Students are exposed to multiple disciplines, gaining an invaluable, open mindset about science and data. It's like a key—you can open any door you want to after that."

“GIS is expanding, so our solution was to offer more. The goal was to create a degree that was viable, unique to us, and that we know the market wants to work with.”

Steve Wolverton, professor and chair at University of North Texas’s Department of Geography and the Environment

Prepare students for the workforce with modern GIS