A web application recently developed by a Japanese university makes a priceless collection of historical maps of East and Southeast Asia and the Pacific Islands available to the public.

Historical maps tell us a lot. By comparing present land use with past land use, we can identify important changes that have been caused by events, such as natural disasters, or by processes, such as deforestation.

From the beginning of Japanese modernization in the 19th century to the end of World War II, the former Japanese Imperial Army made many topographic maps for military purposes. Maps of areas outside the Japanese islands (inner lands) are called Gaihozu, which means maps of outer lands. This is where military operations were conducted.

These maps came from many sources: formal surveys by the Japanese surveying department; reproductions of maps made by other countries; and secret surveys carried out under sealed orders. This resulted in huge variations in the style and quality of the cartography.

Nonetheless, the Gaihozu collection contains a valuable record of the detailed landscapes of the past, particularly of the Asian regions where economic development after World War II drastically changed the land use and land cover. These maps may reveal the environmental changes that have occurred.
At the end of World War II, the former imperial army tried to burn the maps as confidential materials. Several sets of maps were confiscated by the United States Army and have been preserved in a collection held at the Stanford University Library called the Gaihozu: Japanese imperial maps.

Other Gaihozu maps were secretly delivered to Japanese academic institutions, such as Tohoku University, where—fortunately—they have been preserved to this day. Previously, Japanese scholars created a large collection of scanned images and metadata for its Gaihozu maps. Tohoku University was looking for a more sophisticated way to furnish the valuable historical maps in the Gaihozu collection to the GIS community.

In 2020, Tohoku University released Gaihozu Viewer: Indonesian-territory version (GV-I), a web application that lets the public interactively view 680 georeferenced maps in the Indonesian territory from its collection of Gaihozu maps.

In developing this app, the goal was to realistically create past landscapes that had been captured in these Gaihozu maps to gain a better understanding of world history geographically. Overlaying Gaihozu with contemporary basemaps would allow comparison of the past with the present.

The app delivers a mapcentric experience that lets users locate a specific Gaihozu map image easily. The web application begins with the index map of the area covered by the Gaihozu collection. Each polygon represents the outline of a Gaihozu map extent and is color-coded based on the year it was printed.

The index map can be filtered using the scale to avoid multiple polygons being selected simultaneously. Note that in this region, Gaihozu maps have scales that range from 1:50,000 to 1:2,500,000. Clicking a polygon on the index map enables users to show the corresponding georeferenced map in both 3D and 2D with metadata, such as map scale and year printed.

Gaihozu map images can be compared with a variety of contemporary basemaps—including satellite images—by changing the opacity of the Gaihozu map image. 3D visualization helps reconstruct the landscape of that time more realistically, and the vertical exaggeration of the surface can be easily changed.

In addition, a web map containing a georeferenced Gaihozu map image can be created from the application. This functionality helps obtain further insights from historical information by enabling users to overlay any layers they want from the ArcGIS Living Atlas of the World and save the resultant web map in ArcGIS Online.

The project team leveraged ArcGIS products across the desktop and cloud and the ArcGIS SDKs to develop the application. ArcGIS Pro was used to georeference the Gaihozu map images. Tile packages were created using ArcPy. More than 600 tile map services were published to ArcGIS Online using the ArcGIS API for Python. The index polygon feature service is also hosted on ArcGIS Online.

To add functionality to visualize Gaihozu in both 3D and 2D from a single tile map service, the front-end web application was developed using ArcGIS API for JavaScript. Calcite Web and Esri design patterns were used to design UI/UX for desktop, tablet, and mobile window sizes simultaneously.

[Calcite Web is a CSS and JavaScript framework, web style guide, and visual design system for Esri that implements the Esri Brand Guidelines and Calcite design framework for browser-based properties and products. Calcite Web is written in Sass, a CSS extension language.]

For more information on this collection, contact Yukihisa Hoshida at followingmemento@openconcierge.org.

Yukihisa Hoshida is the vice president of OpenConcierge, a nonprofit organization in Japan. He is passionate about geography and GIS and has been working with GIS for more than 13 years. He holds a master’s degree in geography from Kyoto University, Japan.

Tomoki Nakaya is a professor of environmental geography in the Department of Frontier Science for Advanced Environment, Graduate School of Environmental Studies at Tohoku University, Japan. Concurrently, he is also an adjunct professor at the Graduate School of Science. His research interests include geographic mathematical modeling, spatial statistics, and geovisualization, including historical materials.

Shohei Nagata is a graduate student of environmental geography in the Department of Frontier Science for Advanced Environment, the Graduate School of Environmental Studies at Tohoku University, Japan. He works on health geographic studies, employing GIS techniques.

Yuzuru Isoda is an associate professor of human geography, Graduate School of Science, Tohoku University. His expertise is in population geography and urban geography, using GIS, and statistical approaches. He is also interested in historical maps and 3D representations of maps.

Ryohei Sekine is currently an assistant professor of environmental geography in the Department of Frontier Science for Advanced Environment, Graduate School of Environmental Studies at Tohoku University, Japan. He conducts geographic research on agriculture in Japan and the Inner Mongolia Autonomous Region of China. 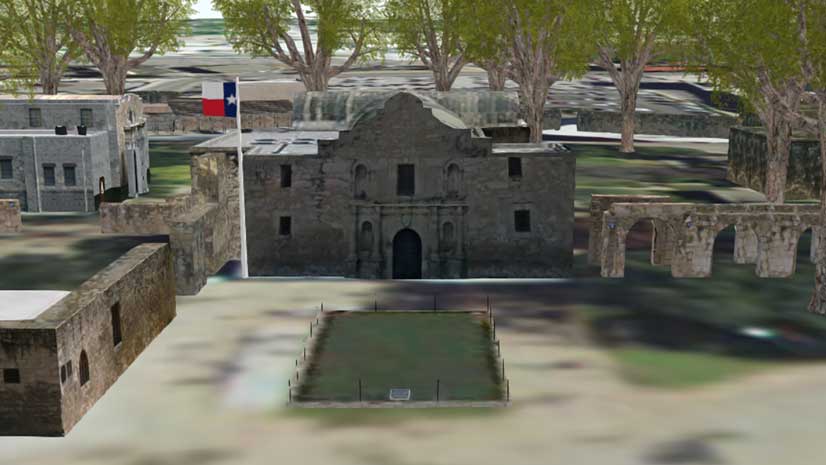 Seeing the Once and Future Alamo in 3D

Engineers restoring the original site of the battle of the Alamo are using 3D GIS visualization of historic site. 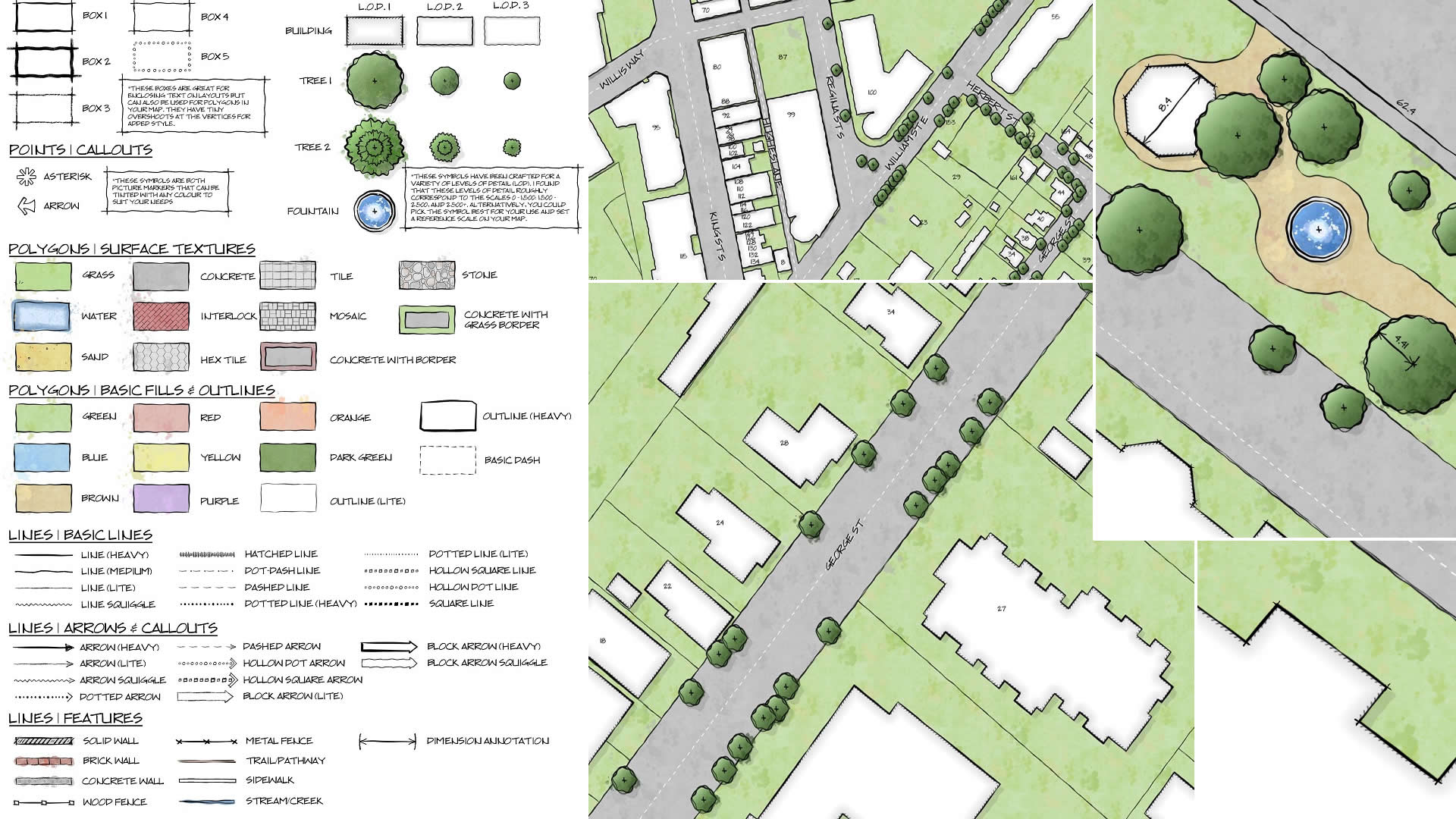 Add Hand-Drawn Charm to Your Maps

Add the hand drawn characteristics to your ArcGIS Pro maps with this style. 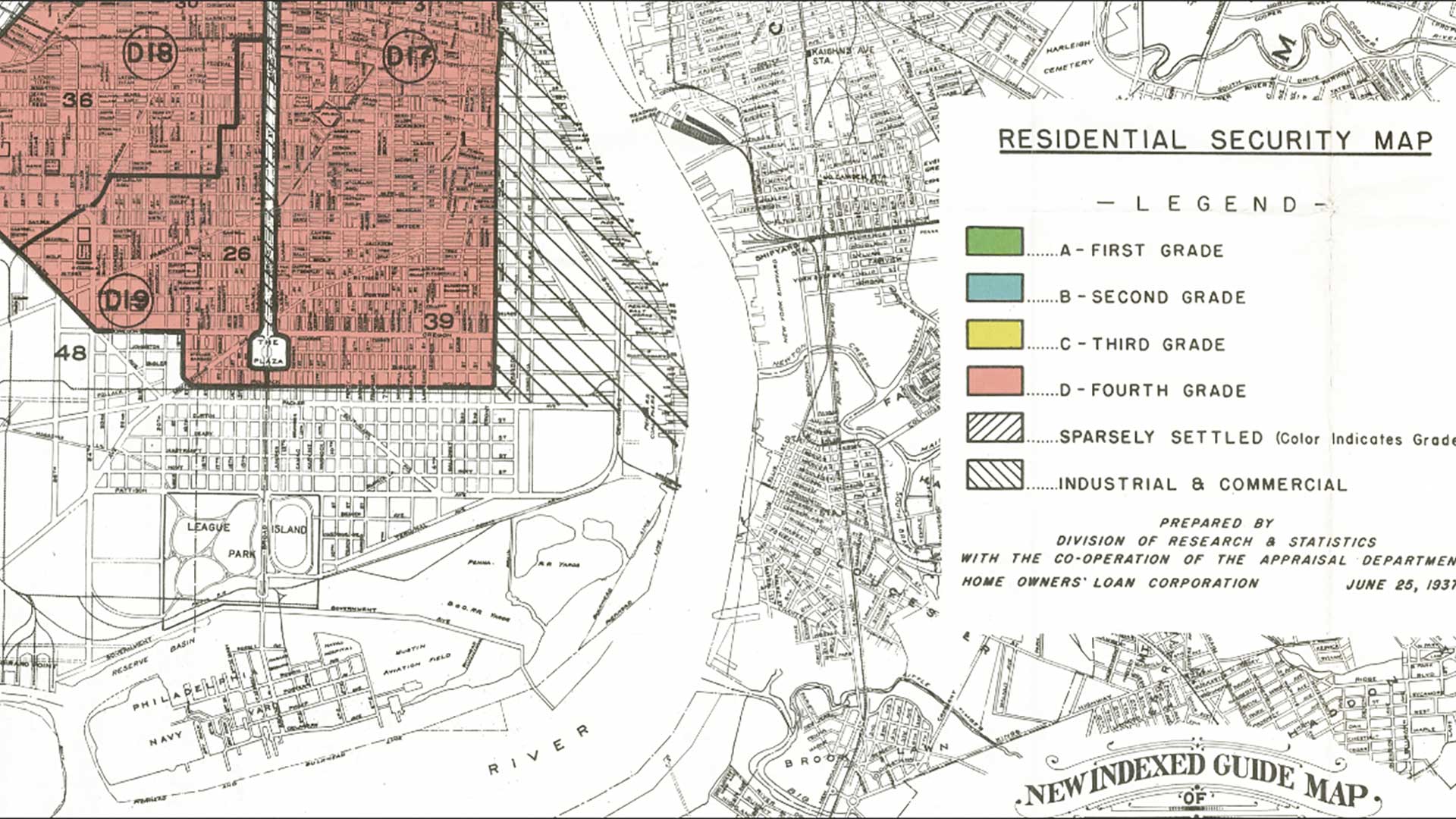