The California High Speed Rail Authority (CHSRA), responsible for planning, designing, building, and operating the first high-speed rail system in the United States, adopted ArcGIS technology in the cloud to track the thousands of land parcels acquired for the project and document compliance of all activities on those parcels with environmental requirements.

High-speed rail (HSR) began in the post-World War II era as countries in Asia and Europe began rebuilding transportation infrastructure that had been destroyed during the war. These governments sought efficient methods for quickly moving people and connecting cities.

In the United States, Congress passed the High Speed Ground Transportation Act of 1965 as part of US President Lyndon Johnson’s infrastructure-building initiatives. This was the first attempt to foster HSR in the United States. It precipitated a number of regional feasibility studies and the introduction in 2000 of the Acela Express, an Amtrak service that runs along America’s Northeast Corridor and attains speeds of 150 mph along some sections of its routes.

A long-time advocate of a high-speed rail system in California, Governor Jerry Brown signed legislation for a study concerning the economic, social, and environmental impacts of implementing HSR in the state during his first term in office in the late 1970s. CHSRA, formed in 1996, accelerated the project’s plans. In 2008, California voters approved a bond issue to begin funding the project, and the state was awarded federal stimulus funds as part of the American Recovery and Reinvestment Act of 2009. Construction of the CHSRA project began in 2015.

The project will extend high-speed rail from Sacramento to San Diego, making the total high-speed rail system about 800 miles (1,300 kilometers) in length. The multifaceted project requires the study and acquisition of more than 10,000 parcels of land and the construction of extensive infrastructure including viaducts, tunnels, electricity generating stations, railway track beds, and other critical components. Because some proposed routes require running track through environmentally sensitive areas, stringent monitoring by CHSRA is necessary to adhere to environmental regulations.

The Challenge of Maintaining Compliance

A fundamental component of the design, construction, and maintenance workflows of the project is CHSRA’s Environmental Mitigation & Management Application (EMMA). This database serves as a repository for the thousands of documents required by local, state, and federal authorities certifying that each required activity—review, survey, or environmental commitment—is in compliance with the environmental requirements specified in existing laws and the guidelines of various regulatory agencies. EMMA 1.0, based on Microsoft SharePoint and created in-house by CHSRA consultants, was launched in early 2014.

“The original version of EMMA was form driven and had no geographical component,” said Ethan Casaday, senior environmental compliance planner for Cordoba Corporation, a subcontractor to WSP, an engineering professional services consulting firm that is the prime contractor on the CHSRA project. “This was because most construction projects being implemented around the country are within a relatively small footprint where environmental compliance or commitments can easily be managed traditionally with flat spreadsheets or checklists by a small group of staff.”

An environmental commitment is anything CHSRA is obligated to do in relation to the project. They can be incorporated into documents such as project plans and permits. Because a commitment is recognized as part of the contract, it can be included in any stage of the process, such as the design, preconstruction, construction, and postconstruction, as well as operations and maintenance. Permits to do specified work are issued by government authorities, and commitments are part of the permit issuing process. Some permits have hundreds of commitments attached to them.

“The commitments can be pretty wide-ranging,” said Chris Bente, planning and design delivery technologies manager for WSP.“ For example, one might require that a construction site be kept free of garbage. This is because garbage is not only a nuisance, but it can also attract predatory animals that could kill or injure an endangered species that inhabits the local area. Another common commitment is that there should be no permanent ground disturbance within a specified distance from a wetland to preserve the natural habitat.

“Once we moved beyond the design phase and into construction, the limits of EMMA 1.0 became apparent. The Phase 1 construction site is more than 500 miles long, and it is critical to know the location of all of the parcels of land that are part of the overall project and their related environmental commitments to see how they might impact one another,” said Bente.

In 2016, CHSRA began creating an enhanced version of EMMA with Amazon Cloud Services and ArcGIS for Server Advanced Enterprise as core components. Developers used ASP.NET MVC and a combination of C# and JavaScript, with JavaScript on the client side and C# for the server side of EMMA 2.0.

“With ArcGIS at the core of EMMA 2.0, we can now easily track the location and maintain detailed information about parcels of land we have acquired and will continue to acquire for the project and commitments related to those parcels that must be monitored and tracked,” said Bente.

GIS, an integral component in the environmental compliance management process in EMMA, provides a mechanism for end users to effectively plan for future construction activities on parcels that require specific environmental commitments to be fulfilled prior to construction. Once an activity is completed, it becomes an EMMA record that provides evidentiary documentation that the commitment was fulfilled.

There can be 20 to 50 commitments on a single parcel that must be completed and tracked on a regular basis. Tracking commitments for environmental compliance on 10,000 or more parcels across the 800-mile route is a task of formidable size and scope. Building a tool like EMMA, with its robust GIS capabilities, was critical to accomplishing HSR objectives.

“EMMA 2.0 provides a powerful mapping interface that allows design build contractors to quickly identify the location of their work in the field,” said Casaday. “It comes with intuitive search tools so that users can easily find environmental compliance commitments related to that location. Some of the commitments have to be addressed before beginning construction, and others have to be fulfilled on a regularly scheduled basis, depending on their nature.”

Bringing that workflow to the field was a key requirement for EMMA 2.0. During the construction phase, much of the environmental compliance work is completed in the field. Inspections are conducted by specialists in disciplines, including biology, anthropology, hydrology, air quality, and cultural resources, that ensure all construction activities remain in compliance with established environmental policies and the specified commitments related to those disciplines.

“The new mapping interface allows contractors to more easily specify the location of their work and its progress for the many different contractors and agencies involved in the project,” said Casaday. This streamlines reporting, review, and approval processes. In addition, the system manages complex environmental mitigation and tracks the available compensatory mitigation credits at sites across California that are required to offset project impacts.

A contractor working in the field can now digitally link a commitment with its matching Evidence of Compliance over the Internet. The records are connected to their corresponding location using the GIS interface. The combined information is referred to as an EMMA record. Maps, filters, and text searches can be used to query the database to create environmental compliance reports.

GIS data used by EMMA is maintained in the GeoPlatform, CHSRA’s enterprise geospatial asset management system. This system maintains geospatial data such as project footprints, parcel datasets, and the construction package extents that are used by the contractors for construction purposes. EMMA is tightly integrated with the GeoPlatform.

“ArcGIS for Server manages all our web services,” said Bente. “We are currently using Geocortex Essentials [from Esri partner Latitude Geographics] for consuming those services and developing web mapping applications. We’re planning to move to a front end [that is] more based on the ArcGIS API for JavaScript in the future.”

Additional enhancements to EMMA will include expanding the map interface to act as a spatial selection tool. For example, if HSRA wants to know what kind of work or the volume of work that is being done in a specific location, the system will produce a report on all work at that site, and it will be available in a variety of common formats, such as PDFs and Microsoft Excel spreadsheets.

In addition, a Consultation Tracker module will be implemented because some parts of the CHSRA project are so large that they must be completed by more than one contractor. This requires a separate set of permits for each contractor. The application will allow different contractors to stay informed of the status of the parts of the project they are working on. Another planned module will track replanting of trees and other vegetation after construction to provide metrics on the restoration of the natural landscape, another aspect of the project’s environmental compliance. 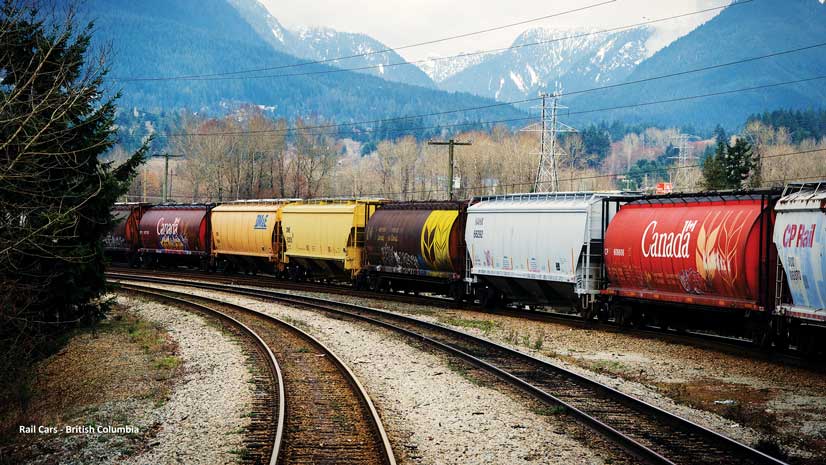