The City of Tempe, Arizona, uses GIS and GIS students at a nearby college campus to improve livability by analyzing transportation requirements. The city is reinventing its neighborhoods to encourage the use of walking, biking, and public transportation.

With the promise of an escape from city congestion and a desire for larger, less expensive homes, millions of Americans began moving from cities to suburbs during the 1950s. The migration continues today. Often these communities have been built in areas that lack nearby amenities, necessitating driving for shopping and other common services.
While some established urban neighborhoods include those amenities within walking distance, different approaches are currently being implemented in neighborhoods without nearby services.

Some architectural firms, such as Gensler, design mixed-use communities that include the businesses that sustain them. However, there is a growing movement to improve transportation systems in existing urban and suburban communities that would allow residents to reach amenities such as shopping, schools, restaurants, health-care facilities, parks, libraries, entertainment venues, and other public facilities within a 20-minute travel time.

The phrase 20-minute living, has been credited to the real estate investment, development, and asset and property management firm of Gerding Edlen in Portland, Oregon. The concept has been championed by transportation planners throughout the world. Its fundamental concept is to build communities that allow residents to locate amenities within a 20-minute travel time that employs walking, biking, and public transit or a combination of these modes.

One of the major themes of the City of Tempe General Plan 2040 is improving the quality of life within the city by enhancing connections for pedestrian, bike, and public transit to produce a 20-minute city.

“Essentially, we want to entice residents out of their automobiles and make use of other methods of transportation, which creates efficiencies in the transportation system and improved quality of life and public health,” said Stephanie Deitrick, GIS and data solutions manager for the City of Tempe and program director for the Masters of Advanced Study in GIS at Arizona State University (ASU).

“While there may be some redevelopment involved, we want to work with our existing infrastructure by encouraging residents to adopt a healthier lifestyle by walking or biking to their destinations, combined with public transportation,” said Robert Yabes, transportation planning manager in Tempe’s Engineering and Transportation Department.

Yabes noted that an added benefit of encouraging alternative transportation is a reduction of air pollution caused by individuals using cars to travel to daily destinations. To help facilitate the 20-minute goal, the city will locate mobility hubs for passenger transfer throughout the city.

Tempe has implemented a bike share system throughout the city for public use. Bikes can also be attached to racks on public buses, and the light rail system will extend the range of bicycle travel to and from transit stops.

The city’s Engineering and Transporta-tion Department did the background work and defined what was required to develop the necessary GIS models for the project. The tools in ArcGIS Pro, ArcGIS Network Analyst, and ModelBuilder were used to create, analyze, and run the transportation network models. The models, which included bus, bike, and pedestrian networks, can be tweaked and run again as necessary.

Other factors were also considered in developing the models for Tempe’s 20-minute city. These factors—freeways, street intersections, and the lack of sidewalks—can create barriers that people can’t easily navigate. The bicycle networks created included the assignment of a low-stress network that would provide comfortable riding for bicyclists of all ages and abilities.
Deitrick’s unique position as both a Tempe employee and ASU program director has allowed her to include her students in the process of collecting and analyzing data for the 20-minute city performance measure as part of the city’s transportation studies. She worked with Trisalyn Nelson, director of the School of Geographical Sciences and Urban Planning; Shea Lemar, GIS project manager at ASU; and David King, an assistant professor in the School of Geographical Sciences and Urban Planning at ASU, to create the City Studio course. This innovative teaching approach allowed students to work more like consultants than interns who were given a project to complete.

“They are working more like experts that make recommendations based on their education and expertise. So, it required a leap of faith by the city to accept this approach, and so far, it has worked out very well,” said Deitrick.

This analysis is the foundation of the baseline for Engineering and Transportation’s 20-minute city performance measure. Students have determined the percentage of total residential properties in the city that can be reached for each destination type, based on the three modes of travel.

The next step in the project will be looking at those percentages to determine good baseline values for each travel mode and establishing achievable targets for improving them.

“To accomplish this, we would like to do a demand analysis to better understand how to prioritize network improvements,” said Vanessa Spartan, a transportation planner in Tempe’s Engineering and Transportation Department. “This analysis will include such things as age and health, as well as other demographic and locational factors of our residents that will potentially use the 20-minute transportation networks.” 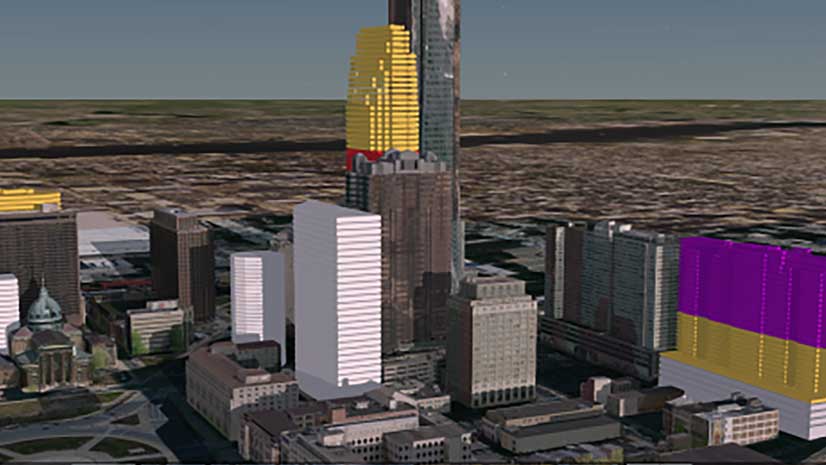 Designing the Urban Landscape Inside and Out

Esri and Autodesk have a new relationship and will integrate spatial intelligence with 3D design model information. 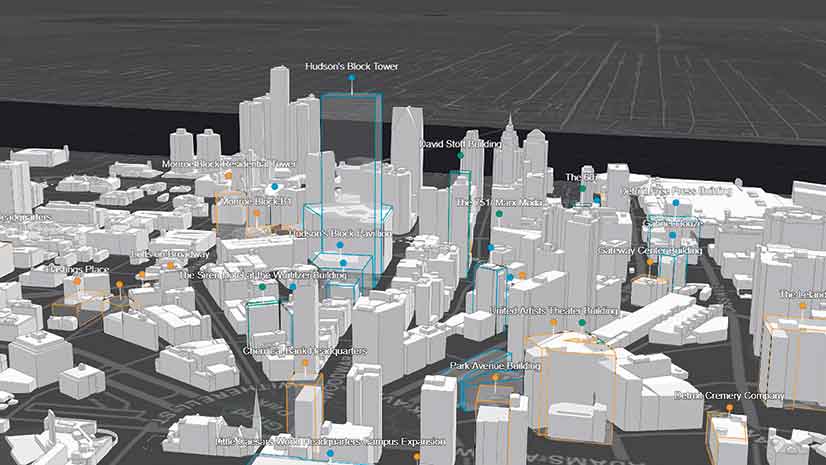