In March, the Esri Developer Summit returned as an in-person as well as a virtual event. As Esri president Jack Dangermond noted in his opening remarks, Esri recognizes that developers are critical to extending GIS to meet the myriad challenges faced by society and the Earth because they possess “the creativity and knowledge of what is needed.”

An article in this issue demonstrates how developers applied GIS to a basic, worldwide challenge: providing safe drinking water. According to the Division for Sustainable Development in the United Nations Department of Economic and Social Affairs, 26 percent of the world’s population lacked access to safely managed drinking water in 2020. Five student developers tackled this problem. Using simple, low-cost sensors, cloud data storage, artificial intelligence, and GIS, they devised Saaf water, a system that can be widely deployed to improve the health and even save the lives of millions. Their solution was the grand prize winner of IBM’s Call for Code Global Challenge.

In collaboration with partners around the world, Esri is building tools, models, and datasets that will form the geospatial infrastructure essential to understanding an interconnected and interdependent Earth. For example, Esri has been working with the POPGRID Data Collaborative to develop a better global, high-resolution gridded representation of human settlement that is being shared via ArcGIS Online.

A geospatial framework enables a holistic approach for creating a more sustainable world. Whether building livable cities, more effectively responding to disasters, or addressing the twin problems of the world’s energy needs and climate change, the intrinsically geographic approach of GIS leads to innovative solutions. A nonprofit, The Ray, is using GIS to identify the previously overlooked solar power potential of land adjacent to the nation’s 47,000 miles of interstate highway. In Iowa, analysis revealed 38,000 acres that were prime spots for solar installation that could potentially produce five million megawatt-hours per year, valued at $400 million.

Two things that previously constrained the application of GIS—scarcity of data and time-intensive analysis—have been upended in the last decade. An abundance of data from satellite imagery, remote sensing, drone acquisition, Internet of Things (IoT) sensors, crowdsourcing, and the data-sharing platforms of government agencies and businesses has been unleashed. At the same time, GIS furnishes far more tools for deriving information from data quickly, including automated machine learning techniques and real-time processing.

In addition, while its capabilities are markedly increasing, the cost of GIS—like other IT technologies—is substantially decreasing. There has never been a better time for applying GIS to problems at any scale, from local to global. 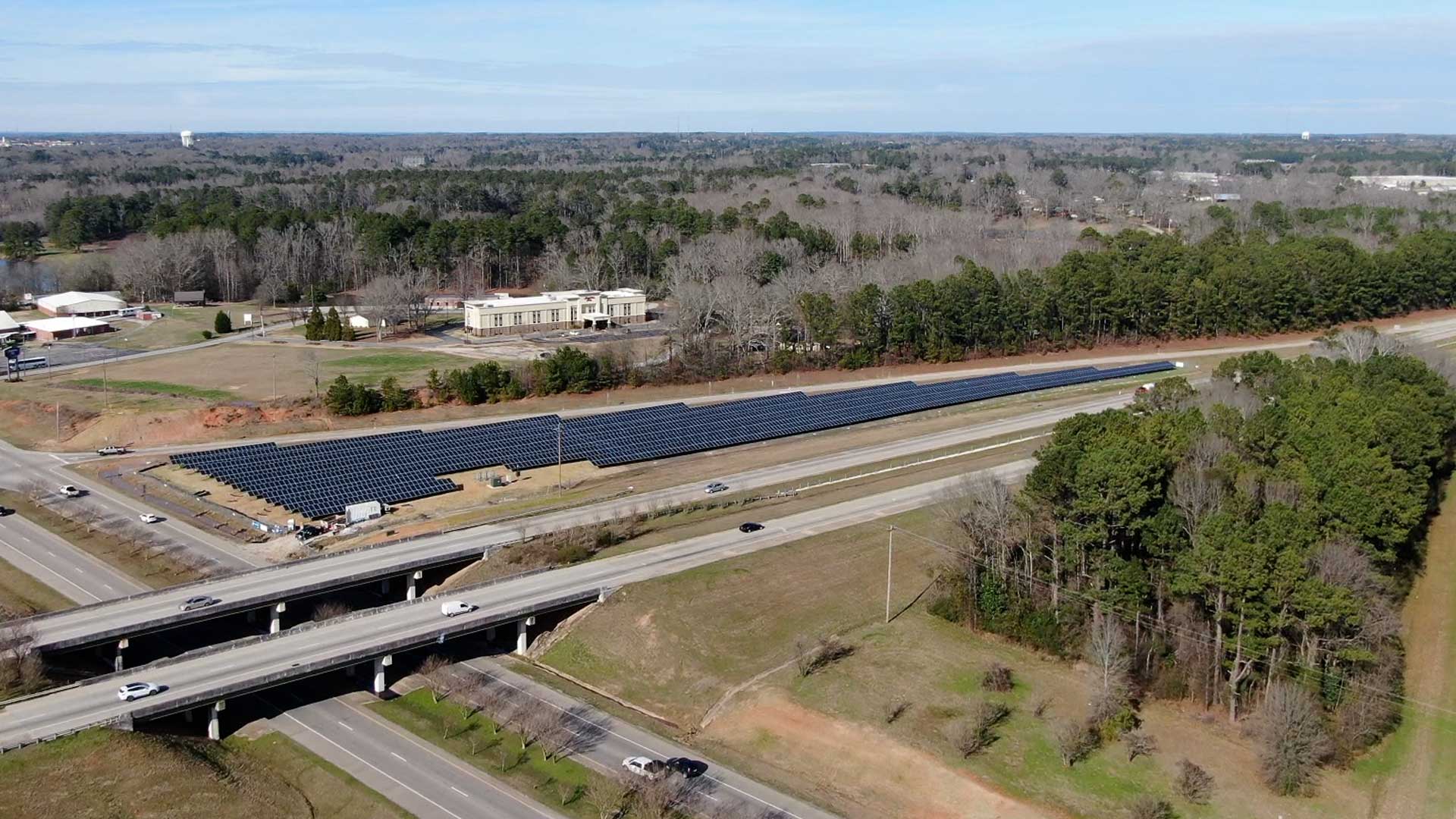 Identifying the Solar Potential Next to America’s Highways 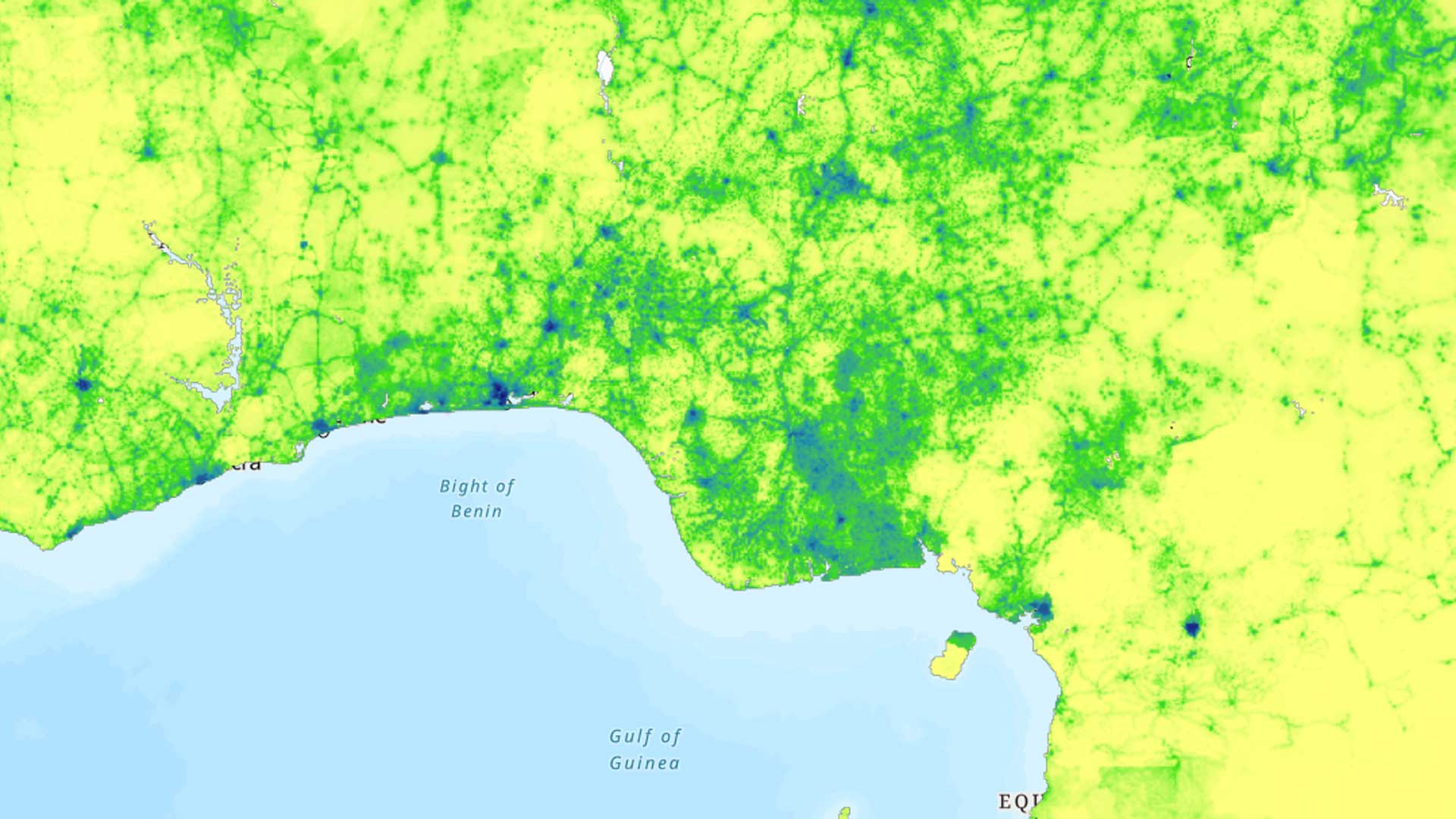 Esri and other organizations are with the POPGRID Data Collaborative to improve global gridded population. 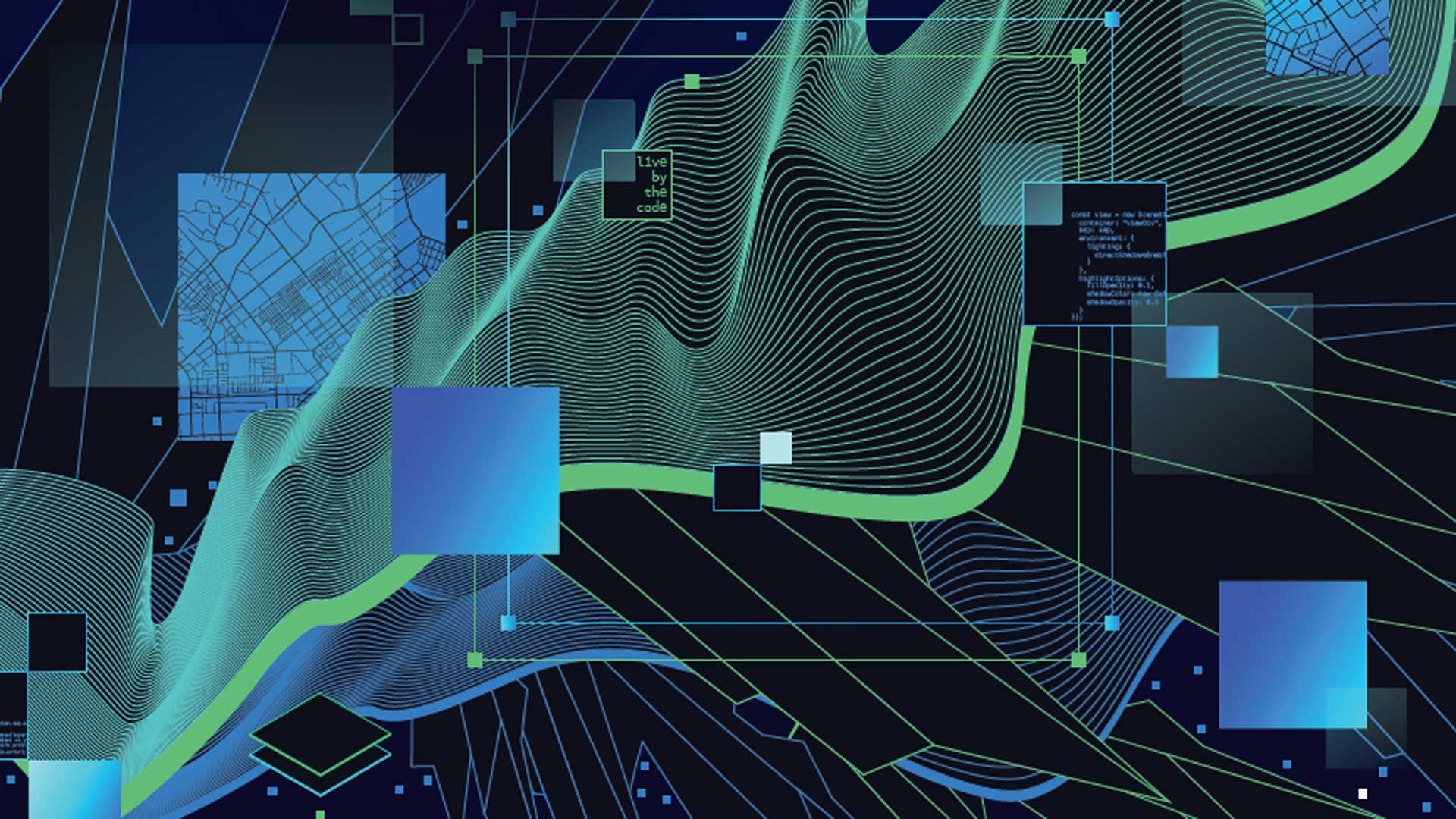 Together Again at DevSummit

After a two-year hiatus, the Esri Developer Summit was back as an in-person event as well as a virtual one.

Identifying the Solar Potential Next to America’s Highways