Rural Transportation—We have an urgent need to make larger investments in our rural transportation infrastructure. We have for too long neglected and underinvested in the rural areas of the country to the point where we have created wide divides in life chances for families and individuals, which have helped to drive cultural and political divisions. Economic and demographic shifts, deregulation, and underinvestment have all had detrimental impacts on the economic opportunities in rural America and the quality of rural life.

Of the nation’s 4.1 million miles of public access roads, 71 percent are in rural areas, with a large percentage of those (roughly 45%) unpaved. This rural road network has fallen into a state of disrepair in many areas, with nearly 50 percent of county roads and 45 percent of local bridges rated in poor quality or structurally deficient.

Unfortunately, the vast majority (77%) of these roads are not eligible for federal funds under the Federal-Aid Highway Program. It is these roads, often under the control of county or township governments, that are most likely to have poor pavement and deficient bridges. The vast majority (roughly 82%) of the nation’s structurally deficient bridges are in rural areas, and of those, 76 percent are on rural minor collectors or rural local roads ineligible for federal funds.

But rather than simply identifying the investment levels needed to repair these transportation networks, we should look at rural infrastructure investment more broadly, with a focus on economic development and creating greater opportunities in these rural areas. The US Department of Transportation’s (DOT) Rural Opportunities to Use Transportation for Economic Success (ROUTES) initiative is a start in this direction but needs to be significantly expanded.

Rural transportation “should be part of rural regional innovation efforts integrating issues of economic development, education, health, housing, telecommunications, environment, and energy”. We need to understand the combination of investments required to provide our rural areas with sustainable economies that can provide a high quality of life. This would return some level of “equity” to our towns, villages, and tribal lands that have been neglected for too long. Let’s break this down into the individual components.

Broadband Access—It is clear that rural residents do not have the same access to the internet or to broadband services that their urban and suburban neighbors do. Nearly one-third of rural residents do not have access to high-speed internet, and of the 24 million people who lack even internet access, 80 percent of them are in rural areas. Even more alarmingly, 35 percent of those on tribal lands lack access to the internet and 66 percent lack access to high-speed internet.

This lack of access not only affects persons in their homes but also in the rural schools: of the over 2,000 schools that do not have internet access, 77 percent of them are in rural areas and towns. This basic lack significantly hinders the educational opportunities of these rural students, and the lack of high-speed broadband limits the economic potential for these areas. This has to be addressed as part of a rural infrastructure investment strategy.

Technical Training and Apprenticeships—A number of trends in the US economy have increasingly led to a disconnect between declining industries and emerging trends in rural employment. Historically, agriculture and mining have been the largest rural employers, but because of greater growth from other sectors, they currently provide only 5 percent of rural employment. Instead, the leading sources of rural employment are education and health (25%); trade, transportation, and utilities (20%); manufacturing (15%); and leisure and hospitality (11%). While these sectors are growing, there are often not enough trained workers in rural areas to fill these positions.

Two additional sectors hold strong potential for rural economies. The first is a strong focus and greater investment in “clean energy” as an area that could significantly advantage rural economies. Because solar and wind “farms” would be located on rural properties, this could hold strong promise for clean energy jobs. Some estimates show that completely transitioning to clean energy could result in over two million new jobs, with many located in rural areas.

Second, with high-speed internet access and technical training, a number of initiatives have focused on bringing high-tech jobs to more rural areas. As the sponsor of one such initiative stated: “In an economy that is this wired, you should be able to live in the community you grew up in and work for any company around the nation” (https://bit.ly/2VHxhEf)

To help individuals in rural towns transition to newer industries and job opportunities, we need to provide technical training, apprenticeships, and support to make the transition to the industries of the future. And with the expansion of greater broadband access to rural areas, technology jobs can often be accomplished from any location, taking advantage of the amenities that small towns have to offer.

Accessibility—Another area for investment relates to rural accessibility: more than 1.6 million rural households do not have access to a car, and 38 percent of rural residents live in areas with no public transport. Because of the longer distances traveled in rural areas, rural households typically spend an average of 20 percent of household income on transportation, while for households in the lowest 20 percentile income bracket, that climbs to 42 percent of total spending. Rural residents often rely on the “social economy” for transportation, that is, they receive rides from friends and family. One study estimates that in America, this accounts for 30 percent of nonmetro commutes.

Accessibility is particularly problematic for older rural residents, where a larger proportion of aging Americans live. Without reliable options for transportation, older adults are particularly vulnerable to isolation, which can lead to an increased risk of morbidity and mortality. Whether older adults can age in place hinges largely on transportation. “Can they reach the services available to them? get to a routine doctor’s appointment? or attend a social event? Older adults’ diverse mobility needs to present some of the most pressing challenges for rural communities” (https://go.aws/3cTlSaf). Several initiatives are aimed at providing greater transportation services for elderly rural residents, and they deserve stronger support (https://www.itnamerica.org)

Goods Movement—An efficient system of freight mobility is critical to rural economies. Economic growth in these rural areas is heavily dependent on the ability to move goods and services into and out of these areas. Unfortunately, larger and heavier trucks are taking a toll on the rural highway system. Travel per lane mile by heavy trucks increased by 33 percent between 2000 and 2017, and with rail transporting more oil and gas products, this has left large trucks to move much of the agricultural produce from the rural areas. Trucking accounts for 71.3 percent of freight by weight, with the majority of combination truck traffic occurring on rural roads.

We need to create a more balanced goods movement system, which can leverage other modes than the rural highway system and which can expand and optimize our multimodal transportation networks. The Federal Highways Administration has acknowledged that “The quality of life and economy of rural America depends on an efficient, effective, comprehensive, and coordinated multimodal transportation system that provides choices for the movement of people and goods and allows quick transfers between modes when and where they are needed.” We need greater investment to bring that to reality, giving greater value to rural economic output and reducing prices for consumers.

Safety—Rural roads are some of the most dangerous of the nation’s highways. In 2016 for example, while only 19 percent of the population lived in rural areas, they constituted 51 percent of the total (36,166) traffic deaths. In fact, the rural fatality rates are more than two and a half times greater than their urban counterparts. Even though rural roads accounted for only 30 percent of the vehicle miles traveled, their higher traffic casualty rates are often explained by speeding (29% of fatalities), alcohol (31%), and rollover crashes (38%), with 68 percent of the rollover fatalities unrestrained. A final factor relates to the accident response times and/or time to receive medical treatment.

While we cannot solve all these safety issues in rural areas, there are cost-effective measures that have been shown to reduce crashes and should be implemented to make rural roadways safer. Geographic information system (GIS) technology can help us identify these rural crash hot spots and determine cost-effective countermeasures. We need to bring Vision Zero to rural roadways with the same vigor our cities are tackling road safety.

Greater Collaboration—Taken together, these initiatives are calling for greater levels of investment in rural infrastructure, not only in transportation but also telecommunication, education, and training—all with the goal of building healthier and more sustainable rural communities. To be successful, these initiatives require new forms of collaborative planning and coordination and greater capacity building in our rural towns and tribal communities. Each community must define its path to a better rural future, but collaboratively, we have an opportunity to modernize rural infrastructure to build more vibrant and healthy rural communities. 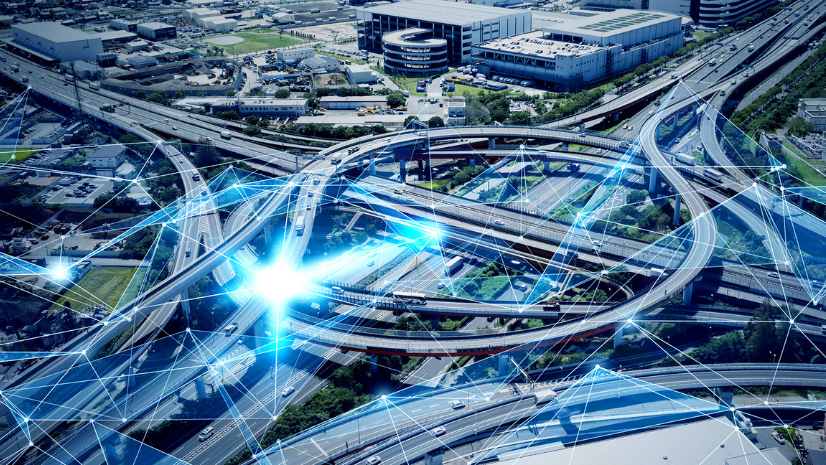