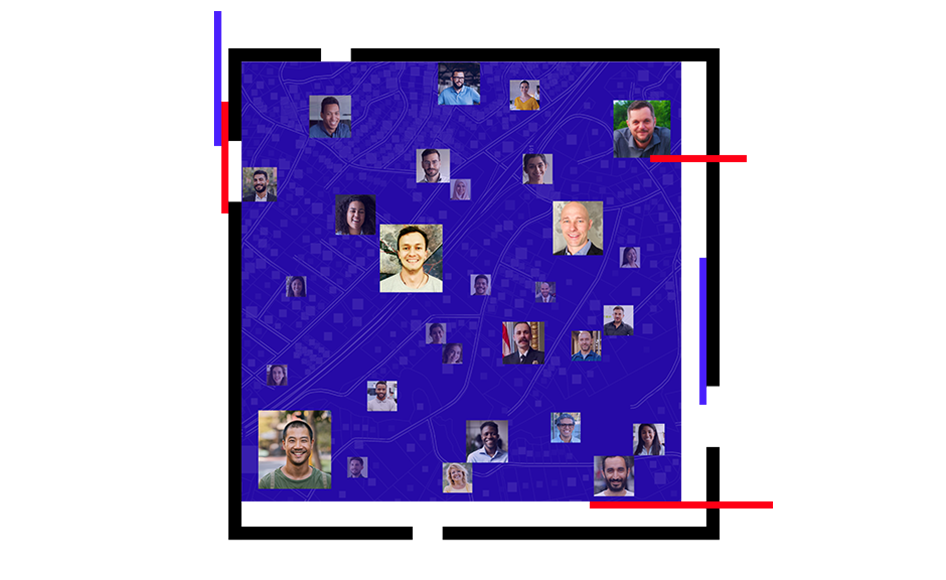 Esri is honored to feature GIS heroes who have made a positive impact in public safety using GIS technology. They are heroes because their innovative solutions have helped keep communities safe, secure, and resilient. They inspire others to do more and to commit to helping build a safer and more resilient future for all. To each of them, Esri says thank you.

Kevin Thomas has worked for the Philadelphia Police Department (PPD) since 2013 and is currently the director of research and analysis. When Kevin initially came into this role, PPD was using an outdated, on-premises GIS environment. Kevin led an agency-wide effort to modernize and migrate to a secure, cloud-based, enterprise GIS system which has continued to grow under his leadership and is now considered one of the premier police GIS portals in the world. Current projects include Operation Pinpoint, a GIS-based violent crime reduction strategy, and a new mobility project that will soon put maps and apps in the hands of every PPD officer.

The Urban Search and Rescue (USAR) community provides life-saving services during the world’s most significant disasters. These teams deploy under the worst conditions to support communities impacted by hurricanes, wildfires, tornadoes, earthquakes, and other critical incidents. Dr. Paul Doherty of the FEMA Response Branch was a leader in developing a GIS based search and rescue program. The result is the Search and Rescue Common Operating Platform, which is currently being utilized by all 28 FEMA Task forces as well as numerous state and local US&R teams.

Jesse Hamlin is the senior GIS and database officer at HALO Trust, the largest demining organization in the world. His work includes using GIS to document the damage and potential risk for unexploded ordnances post-conflict to support their removal. This is key to helping families and communities rebuild and resettle. Jesse’s work in Ukraine and other conflict areas around the world has provided safety to residence as well as other humanitarian organizations and national authorities who provide aid and relief.

Nominate someone you know who uses GIS to create innovative solutions and inspire others.