Author’s note: I work for WRA, Inc., an environmental consulting firm in the San Francisco Bay Area. The firm has slightly fewer than 100 employees, and I am one of six full-time GIS staff members who support the company’s GIS efforts. WRA receives about 200 new projects each year and continues to work on many existing projects for years, even decades.

With so many active projects that often require the same GIS tasks, automation is key for operational efficiency. In this article, I’m going to share some of these automation tools. All these tools were built within ModelBuilder, a visual programming language for building geoprocessing workflows, using simple geoprocessing tools and feature template domains. None required any scripting.

Workflows that are repeated—whether several times a month or week or every day—are perfectly suited for automation. Although these workflows may not be very exciting when compared with complex GIS analyses, they are arguably the most used and often the most useful.

The essential model is the Create Workspace model. This tool is run for every new project to set up the entire workspace for all GIS work. This model sets up folders, creates geodatabases and feature datasets, and then imports premade and empty feature classes and their domains. To run the tool, the only model parameters required are the root folder by year on the server, the new project number, the project name for name of the main geodatabase, and the project’s state plane coordinate system.

The model not only creates a space for GIS work, it also creates a highly organized space for implementing a database management system so that data and GIS products can be easily managed and located. In addition, the main project geodatabase already contains empty feature classes and fields that are ready to use. For most projects, these feature classes are all that is needed to complete the project. Table 1 describes each folder in the directory structure and its use.

As an environmental consulting firm, WPA requires field efforts to map out biological resources, and the biggest component is aquatics resources (i.e., wetlands, waters, riparian areas). WPA biologists need field maps—either hard-copy or web maps— to help delineate features while on-site. Topographic information is extremely helpful to them because aquatic features are topography driven. With the availability of high-resolution lidar projects covering much of the earth, high-quality topographic work products can be automated using the DEM Processor toolbox to support field efforts.

The Run Topo Focal Hillshade tools (1.1 to 1.4) in the DEM Processor toolbox simply create the DEM geodatabase where all products will be stored and named by the associated lidar project. The Run Hydrology tool creates contours and a hillshade. It then performs a focal analysis to produce a more smoothed DEM, contours, and hillshade. Intervals and the focal neighborhood are parameterized, and there are four variations of the tool to ensure that all x, y, and z measurements are in feet.

The Modeled Drainage tool produces possible stream vectors based on the size a watershed needs to be before the stream begins. The only parameters are the cell size of the DEM and the size in acres (with a default set at three acres).

The Interactive Watershed tool is a simple tool that uses a feature set to drop pour points on the map to then derive watersheds.

The Depression Extractor tool subtracts the filled DEM from the nonfilled DEM, extracts all positive values, and converts the output to polygons.

The DEM Processor toolbox also contains Slope and DEM Clip tools.
Since the tools derive the raw and focal-smoothed contours, the GIS staff member or biologist can decide which to use. The Depression Extractor was used on the map to help target flat areas that may be wetlands.
The following tools have also proved very useful. [These tools were developed by the author, who will share them.]

Sample Point Tool: For every aquatic delineation submitted to the US Army Corps of Engineers, sample points must be taken in the field and a form filled out for each point. Because many of these fields are geographic, the data input can be automated using GIS. Once the sample point feature class is complete, it merely needs to be plugged into the tool, and a Microsoft Excel table is exported for the delineator. The tool calculates the points’ coordinates, then goes through a series of spatial joins to add information for township and range, soil type, NWI-CARI [National Wetland Inventory-California Aquatic Resources Inventory] intersects, major land resources, and slope (obtained from the DEM Processor Tools).

SURGGO Soils Extract: Takes a Natural Resources Conservation Service (NRCS) soils layer file (with useful table joins already executed in the layer file) and clips it to a project’s study area, then adds a field for the legend that combines soil type with the label identifier.

CNDDB Extract: Generates a five-mile buffer around a project then selects out all intersecting California Department of Fish and Wildlife (CDFW) California Natural Diversity Database (CNDDB) occurrences separated by wildlife and plants. Additional dissolve and explode operations are performed for cartographic purposes.

I’ve briefly described several tools that WPA employs regularly because they have proven very useful. I’ve also developed several other tools that I use regularly or might use only a few times a year. If it’s something repeatable and has more than a few steps, I immediately begin considering if it is a process that should be automated in ModelBuilder. WPA has just started using arcpy.mp for ArcGIS Pro to automate map production, and I see a lot of future modeling efforts to be implemented.

Michael Rochelle is a GIS analyst for WRA, Inc., a California environmental consulting company with offices in San Rafael, Emeryville, Petaluma, and San Diego. In his 15 years at WRA, Rochelle has managed the GIS workload for hundreds of projects and developed several workflows and models for both advanced spatial analysis and automating everyday GIS tasks. He graduated from San Francisco State University with bachelor’s degrees in environmental science and geography. 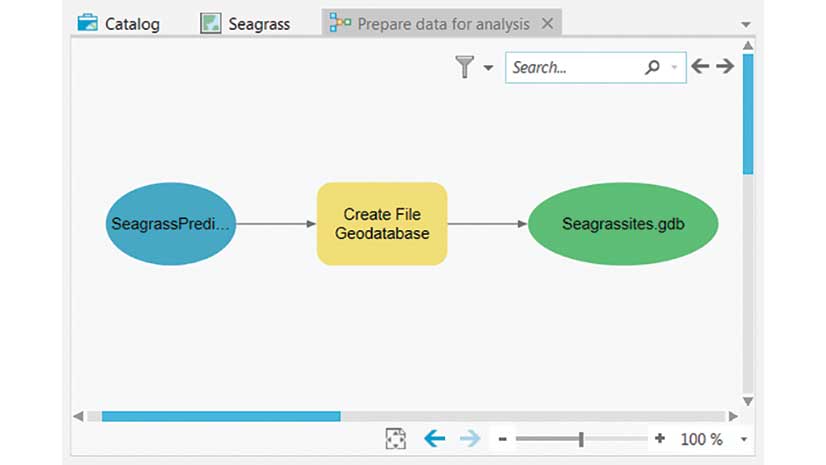 ModelBuilder 101: For ArcGIS Pro users who want to automate workflows 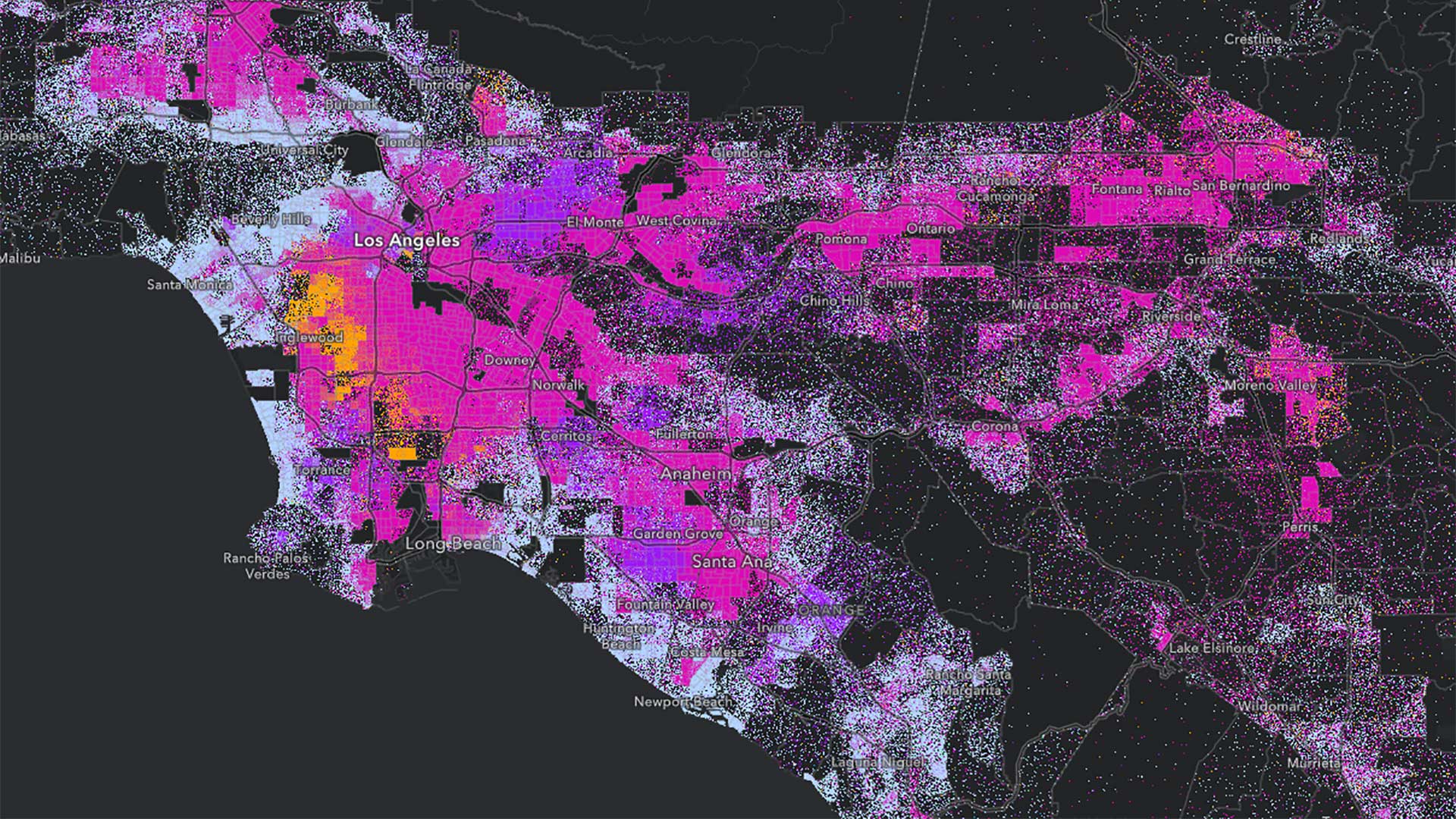 Best practices for making subsets of data by race and ethnicity without making separate maps.