Many Missions Serve Needs Around the World

These words from GISCorps volunteer Kiema Kandia embody the organization’s work in 2019 and all the years since its founding in 2003. GISCorps members have volunteered more than 70,000 hours since the organization’s inception to complete projects, known as missions, around the world. Missions run the gamut from humanitarian response and social justice to environmental and educational projects. These missions apply the full spectrum of GIS capabilities to problems both large and small.

The response of the community was just amazing, and I was humbled by that every moment of the day.

The GISCorps, a program of URISA, operates “to coordinate short-term, volunteer-based geographic information systems (GIS) services to underserved communities worldwide.” An international nonprofit, URISA has been supporting the development of professionals in GIS around the world since 1966.

GISCorps matches people who have GIS skills with organizations that need short-term GIS services. Mission types vary from teaching GIS to developing mapping applications to collecting data; some may involve travel, while many others can be completed remotely. The organization notifies volunteers of opportunities that match their skills and expertise, inviting them to apply for the opportunities that interest them. There is no minimum level of education or experience required, and students may apply. Go to the GISCorps website to fill out the form to become a volunteer.

Volunteers are also encouraged to create their own projects by volunteering at organizations in their community that may not be aware of GISCorps.

While organizations benefit from GISCorps missions, volunteers also benefit in a variety of ways. Missions can provide volunteers with opportunities for professional development. “Volunteering with GISCorps is a great way to use and develop your GIS skills while contributing to a good cause and expanding your network of GIS professionals around the world,” said GISCorps volunteer Shannon Cox, who provided user support to the Mountain Rescue Association.

Benefits can also derive from the satisfaction of helping in a meaningful way—benefits that can be less measurable but no less real. According to Johnathan Clementi, who assisted on missions associated with hurricane recovery, “Working as a GISCorps volunteer afforded me the opportunity to aid in relief efforts from a remote location. I feel that I truly made a difference in the recovery effort and would highly recommend signing up to help with this project.”

In 2019, GISCorps volunteers continued applying their GIS expertise to assist a broad range of organizations, from international ones like the World Health Organization (WHO) to local conservation groups. Their missions improved emergency response, disaster recovery, and conservation planning activities and helped with projects that addressed such issues as food insecurity and social injustice.

During the last year, GISCorps launched 25 new missions, completed 13 missions, and continued to work on 19 missions. More than 160 GISCorps volunteers participated in these missions.

Of the many missions the GISCorps worked on during 2019, this article briefly describes three of them. These missions focused on reinvigorating mapping efforts of an organization helping food insecure people; using crowdsourcing to document the effects of extreme weather events; and verifying base layer data to ensure the collection of spatially accurate data.

To learn more about all the projects undertaken in 2019, look at the Esri Story Maps app “URISA’s GISCorps—2019: The Year in Review.” This operations dashboard demonstrates GISCorps’ Mission Statistics from 2003 to present.

From its early days, GISCorps has rapidly mobilized to help respond to disasters. In 2005, the call went out for volunteers to respond to the devastation caused by Hurricane Katrina in Mississippi. Although only 270 volunteers were registered in the GISCorps database at the time, within a week more than 500 GIS professionals had volunteered. “The response of the community was just amazing, and I was humbled by that every moment of the day,” said GISCorps founder and current director Shoreh Elhami. (Read “GISCorps Hurricane Response” in ArcUser about these efforts.)

The GISCorps participation in response to disasters of all kinds has continued over the intervening years. In 2018, GISCorps collaborated with the National Alliance for Public Safety GIS (NAPSG) Foundation and CEDR Digital Corps in the creation of crowdsourced story maps to aid responses to Hurricanes Florence and Michael.

The next year, Paul Doherty—NAPSG Foundation programs manager and also GISCorps volunteer—requested support from GISCorps to populate an ArcGIS Online web map used by the staff at the Federal Emergency Management Agency (FEMA) and state and local emergency operations centers to improve situational awareness and inform decision-making in response to Tropical Storm Barry and Hurricane Dorian.

The GISCorps mission mounted to fulfill this request was handled by an administrative team composed of Erin Arkison, Christina Brunsvold, John Haddad, Eadie Kaltenbacher, Melvin Nforba, Holly Torpey, German Whitley, and Dacey Zelman-Fahm. Their goal was to provide emergency managers with increased situational awareness before, during, and after each storm. The team validated and categorized photos that had been submitted, documenting these extreme weather events. They also mined social media for imagery that could be geolocated, provided systems support, and assisted other GISCorps volunteers by geolocating photos and videos and adding them to the 2019 Hurricanes Crowdsourced Photos Story Map. NAPSG Foundation and GISCorps are developing a new solution for next year’s hurricane season that combines the Attachment Viewer configurable app, Survey123 for ArcGIS, and Operations Dashboard for ArcGIS.

Analyzing Hunger and Its Effects

In 2018, more than 11 percent of US households were affected by food insecurity, according to the United States Department of Agriculture. In other words, 14.3 million households had insufficient resources to obtain enough food for an active, healthy life. Hunger and the limited availability of wholesome food is also related to problems caused by chronic undernutrition, heart disease, and obesity.

In the Washington, DC, metro area, the Capital Area Food Bank (CAFB) created a Hunger Heat Map to target the communities that would benefit from its services in 2015. Using GIS was effective, but the GIS specialist who made the map left CAFB, causing the map’s value to diminish as its data aged. The remaining IT staff lacked the time to continue supporting the map.

The GIS specialist CAFB eventually hired was able to immediately become productive by using the foundation Welt provided. CAFB could rapidly release new maps and launch related pilot programs thanks to Welt’s contribution. Her efforts were appreciated by CAFB IT director Dan Shenk-Evans, who noted, “Sarah did a great job updating our Hunger Heat Map, and she was instrumental in jump-starting our GIS efforts, which had fallen dormant.”

In 2019, GISCorps volunteers answered a call by Humanitarian OpenStreetMap Team (HOT) for help with mapping areas affected by natural disasters including Typhoons Kammuri/Tisoy and Hagibis. HOT is a global community of volunteers, community leaders, and professionals who create open map data to support disaster response and sustainable development. When HOT launches urgent disaster response tasks, a quick response from experienced OpenStreetMap mappers and validators is required, and GISCorps assistance is occasionally requested. A list of HOT projects supported by GISCorps volunteers can be found on this webpage: www.giscorps.org/hot-projects.

GISCorps volunteers who participate in the GIS Service Pledge program identify, design, and manage their own missions, which are chosen because those missions support organizations, communities, or causes that matter to them. Esri donates a free one-year Home Use license to support each volunteer’s efforts.

The following volunteers completed their GIS Service Pledges in 2019

Many Missions Focused on a Larger One

Whether its missions are the work of many volunteers or just one, GISCorps puts GIS in the service of making the world a better place. According to Tené Logan, program director for Charity Co-Op, “GISCorps is that rare organization that actually practices what they preach. Their base of GIS experts, team, and board members are extremely knowledgeable and hardworking and committed to the social impact mission. The level of commitment to accomplishing project objectives is admirable and inspiring.” 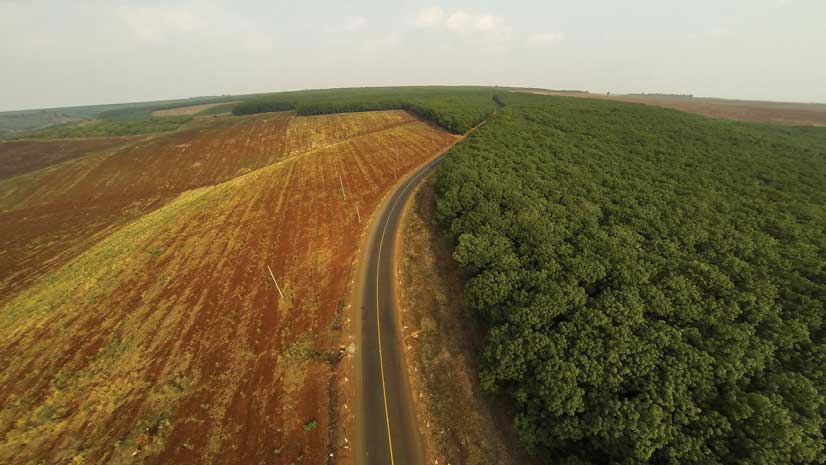 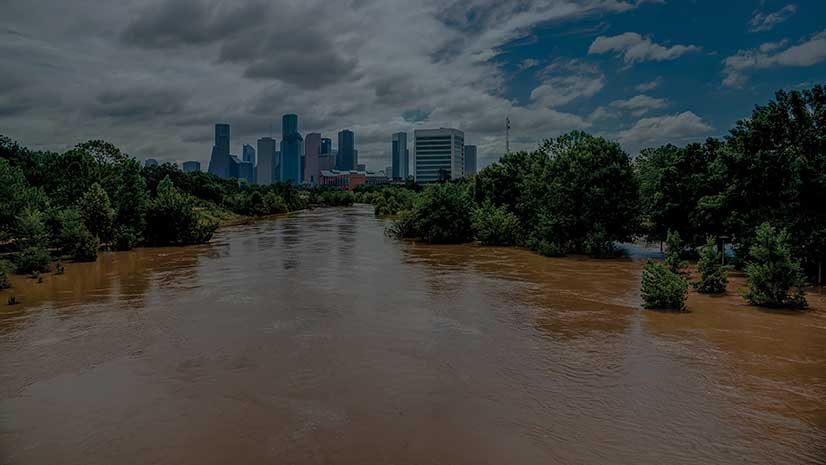 GIS is an essential part of the operations of the American Red Cross in responding to emergencies.